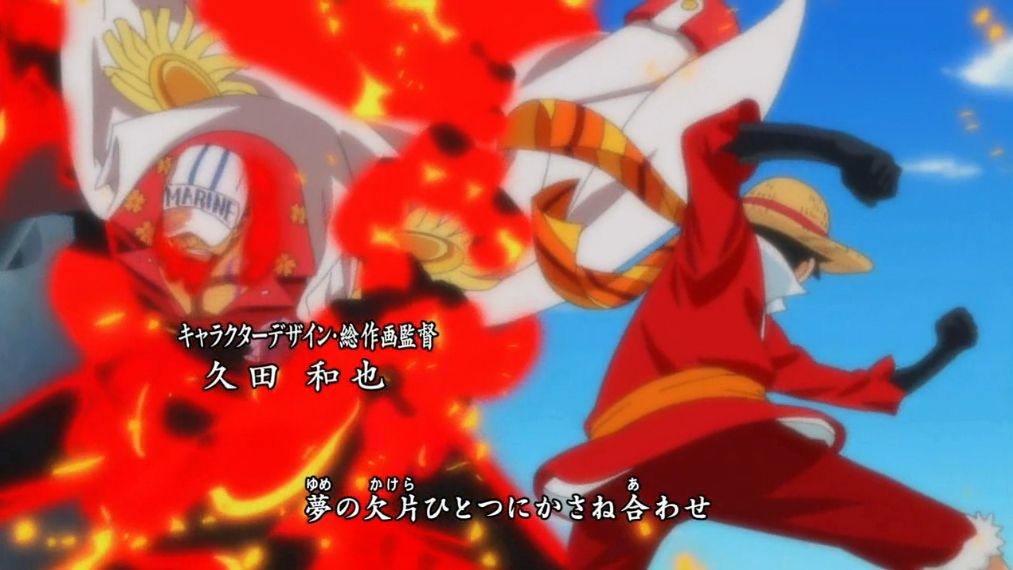 Akainu is a powerful One Piece villain and I think he has a real chance to be Luffy’s final opponent in the series. It’ll likely be between him and Blackbeard at the very least. While he was definitely shown to be more powerful than Luffy back in part 1, I would say that Luffy has surpassed him. Armament Haki means that Luffy can now deal solid blows and he was always faster than Akainu in the past. The lava just won’t be enough to keep Akainu on top. I have no doubt that he has improved as well, but to Luffy’s level? I don’t think so. Luffy wins.