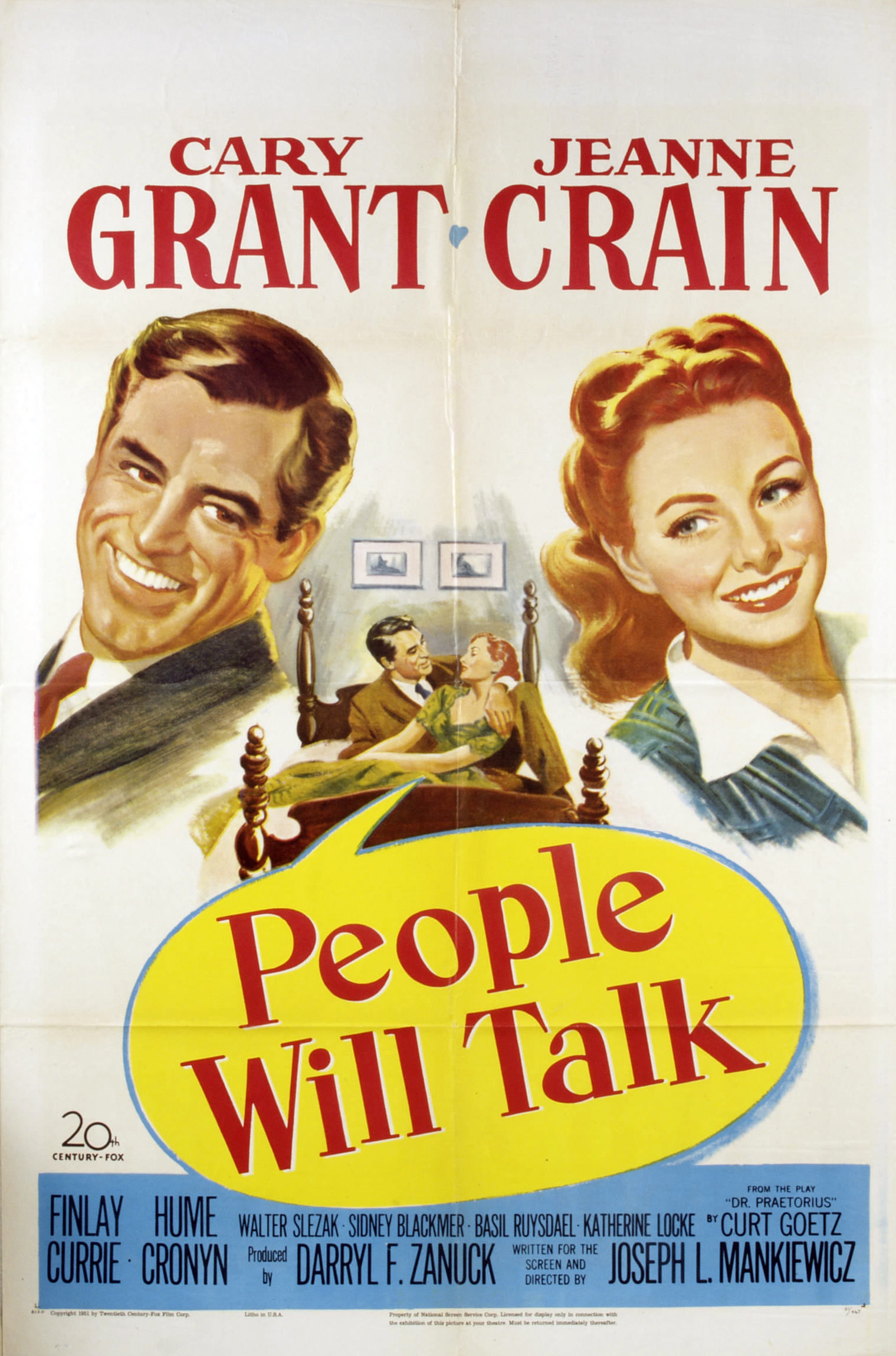 Cary Grant has definitely been in quite a few great films at this point. He’s quickly turning into one of the better old school actors. Well, this film is no different as it holds its own quite nicely. I still have His Girl Friday as Grant’s best film as that one was pretty much flawless with an excellent game of cat and mouse. This one would likely rank right below it though. As always Cary plays a character with a quick wit who gets a whole lot of burns in there. It’s a very complete movie with a solid beginning, middle, and ending. There’s a lot going on so you’ll definitely need to stay focused,

The movie starts with introducing us to a Dr. Rodney who is jealous of Dr. Praetorius’ success. He wants to dig up some dirt on the guy to use against him. He gets a tip from the Dr’s maid from a while back and begins to look into the Praetorius’ current assistant- the man they call the Bat. Praetorius meanwhile has continued to heal people all across the land with his exceptional medical talent and skills. One day a lady named Deborah shows up with a serious problem. She is pregnant and can’t let anyone find out. Her life is even in danger as she plans to end everything to avoid the consequences of what will happen next. Praetorius has always done his best to help others but how can he possibly help Deborah out of her predicament?

First off, the film immediately displays its quality writing with the opening scenes of Rodney trying to find things out about Praetorius. The guy is definitely a pretty petty fellow so when the maid keeps taking shots at him you can’t help but find it amusing. Now granted, if he were doing this investigation for legitimate means then it is good that he is making sure things are on the level. You just know from the start that this isn’t the case. He even vanishes from the film for a long while I suppose he was using this time to build the case. Ultimately the film keeps you wondering what the scandal he found out about was until the end. As it’s a main plot point I won’t say what it is, but it’s a fairly minor thing. The whole time you’re wondering what a nice guy like Praetorius could possibly have hiding in his closet.

Well, while it may be slightly deceptive I can’t say it was anything too crazy. If you’re qualified for something but hide this fact to earn more but the end result is still the same what is the major harm? There is an honesty issue at play here of course but something to be fired about years later? Of course you’ll need to see the specifics for yourself. Meanwhile all of the characters get a lot of fun lines. The script is top notch and the film has really fast pacing so there is never a dull moment. With so many plot lines to pull that only makes sense though. Every character needs a turn.

It goes without saying that Praetorius is an excellent character. He really is a great doctor and someone you can count on to step up when needed. Deborah questions the motives behind one decision he made later on. I believe Praetorius when he says the accusation was false but it would still be pretty impressive if he went to such lengths as a doctor. Praetorius is someone you can rely on as he doesn’t sell out his friend even when prompted to do so and he always does his best to see to everyone’s best interests. Then you have Deborah who is a solid heroine. She did take some rather drastic steps at first though and certainly wasn’t in a great headspace. It’s good that there was a doc around. Later on we learn more about her backstory and why it was imperative that she hide the fact that she was pregnant. I question the situation a bit. Despite how obsessive her uncle was surely something could have been worked out? I dunno, maybe it wouldn’t have been that easy but of course dying prematurely is never the answer. Deborah is quite loyal at the end of the film when Praetorius is accused and sent to the council. She doesn’t waver in this.

The supporting characters are good as well. Praetorius’ friend is likely the weakest one but he’s a good guy. He doesn’t talk a whole lot but he’s always got the Doctor’s back and is also good with animals which is definitely a nice touch. They’re always a team. Then you have Deborah’s father who is always in good spirits. He’s another fun guy to have around and we can’t forget Praetorius’s friend Lyonel. It’s nice to just have a group where everyone gets along here and they have a lot of banter the whole time. Praetorius is close to quite a few people and developing such strong bonds isn’t easy. In particular I would give Lyonel a lot of credit because he defended Praetorius even in front of the grand jury where things could have gotten tricky for his career depending on how things went.

Overall, At its core this is just a very fun movie with a great cast of characters. All of the plots are quite interesting and the conclusion is satisfying. You feel like all of the characters act quite reasonably the whole time. I had no qualms with the movie and thought it was quite strong in all areas. It’s rare to have a main character get blackmailed with the past and not rise to the bait. Praetorius handled everything quite calmly only offered as much information as the council needed. Oversharing is definitely a recipe for disaster and he realized that early on. I also liked his abstract speeches about life and death near the beginning of the film. If you want to check out an upbeat romance film with a good amount of comedy in it then I would recommend checking out this film. It’s bound to leave you feeling pretty good. Virtually everyone has a happy ending with the only exception being Roddy.