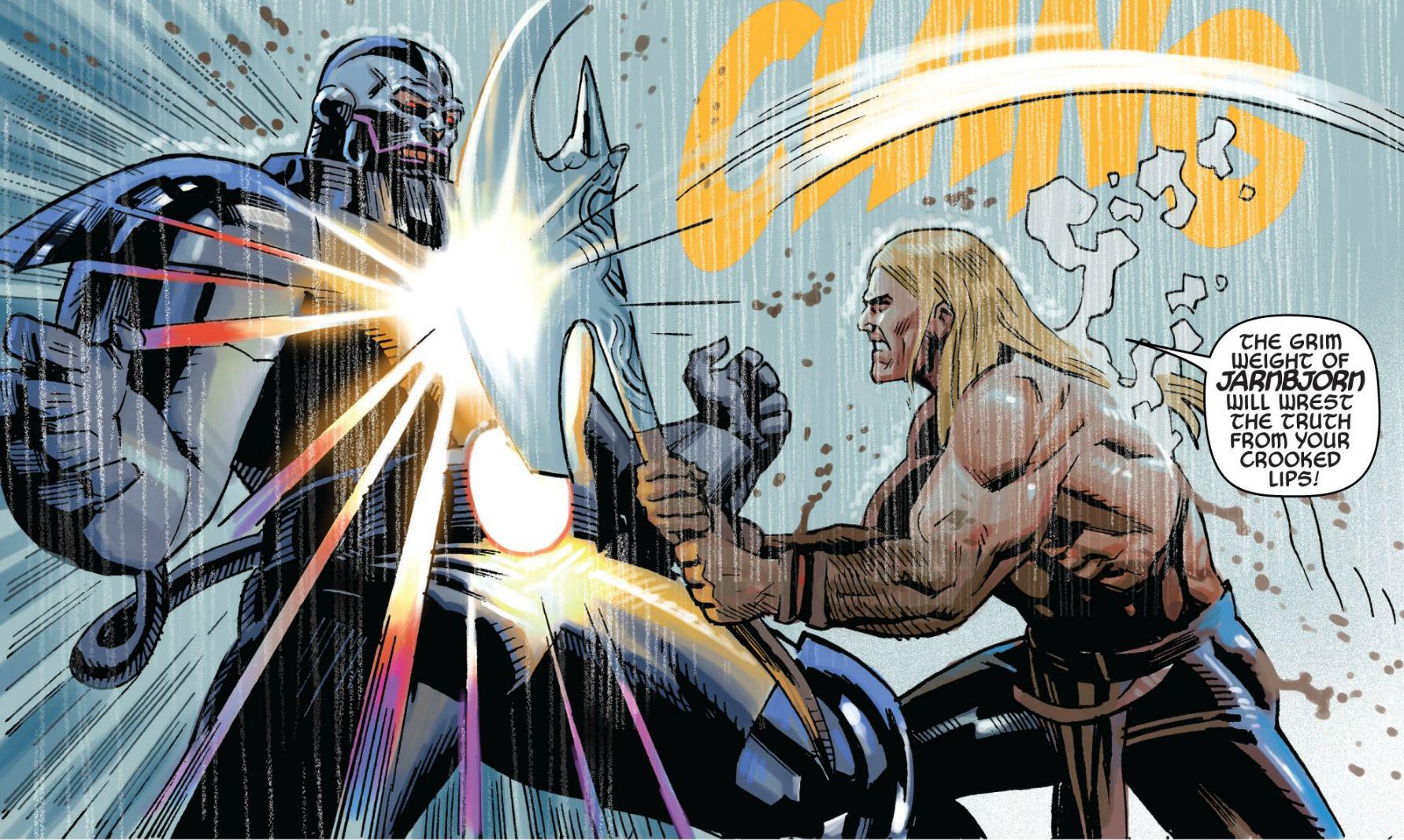 Suggested by Jean Apocalypse is one of the strongest X-Men enemies out there. He has routinely given the team a tough time but rarely goes up against the Avengers. In his only fight against Thor that I could find, Apocalypse was able to handle him rather well while also having to deal with a second Thor (Jane) and a full squad of Avengers. That said, this was around the point where Thor was depowered and without Mjolnir. At full power I would take Thor to win this battle. It would be a solid fight with Apocalypse as both are true powerhouses but Thor’s upper limits surpass that of Apocalypse. Thor wins.