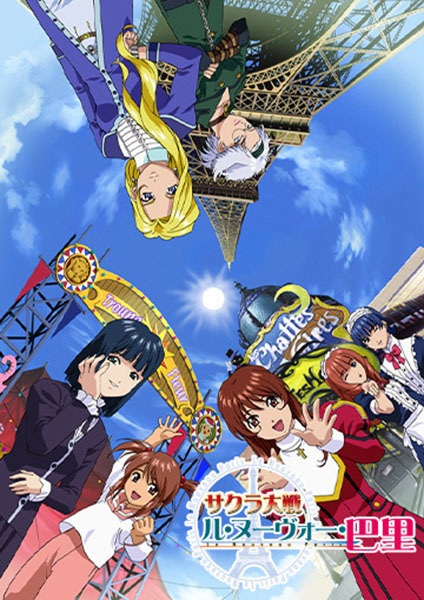 Sakura Wars returns with the Paris troupe once more. Like the last adventure we’ve got a 3 episode OVA here. The stories are all pretty solid so this one holds its own with the last batch. I’d say there’s a little less action in this case and the first batch had the team’s origin which is always nice to see but we get some good character dynamics here. I would ultimately say that the third episode was the best one and that’s good since it means that things end off on a high note just as you’d hope.

The first episode focuses on Hanabi which is nice for her fans since she had a pretty small role in the last adventure. Her father is coming to town and he doesn’t know about Hanabi working on stage as part of the troupe or of her secret role in protecting France. Hanabi decides to make things a little difficult on herself by explaining that she is in a circus. Honestly the easiest thing here would have been to have just told him she was part of the theater and that would have worked a lot better. Still, misunderstandings happen awfully quick and so she lost her window of opportunity right away.

Hanabi was just a little too stressed out so even though her father turned out to be a reasonable guy who probably would have heard her out either way she ended up going through these elaborate measures. Give the rest of the team props for quickly having her back though. They are certainly quick thinkers as always which was really important here since Hanabi would have pretty much been out of luck otherwise. It’s a fun way to open up the saga. It may not be one of the more high stakes missions but we do get some danger towards the end of the episode. Mainly this was for Hanabi’s development and I would say it was handled well. Her father was also reasonable which is nice to see since sometimes parents in these things tend to be quite extreme.

The second episode gives us a mystery and this time the main characters are two of the assistants at the troupe rather than any of the main characters so that was also a twist in itself. Basically someone’s clock gets stolen and the issue is that he is an ambassador from another country. They want to use this as an excuse in order to infiltrate the troupe and find evidence that they are actually related to the secret defense force. It’s actually not a bad plan, especially considering that they didn’t fake the theft. It actually happened so they really were thinking on their feet here.

Lobelia looks really good in the subplot as she actually tracks down the thief. We also get a James Bond homage there as M16 appears along with their star agent. In his defense, the agent actually tried to hold his own even if you knew there was no chance he could beat someone with advanced fire magic. Those kinds of special abilities just give you a big advantage that can’t be solved without some kind of extra edge.

The main plot is still with the attendants though who are put in a pretty tough situation. The episode actually gets rather intense here while they are being interrogated and zapped since they won’t relinquish the information. It takes the heroes a while to get there so it’s impressive that they stood strong. I didn’t really recall their names but in honor of their efforts I figured I’d look it up so the two attendants are Ci and Mell. They ultimately make the heroic move to spare the villains at the end as well so give them points for not murdering those guys. Honestly I think the Paris group should try for harder punishments on the foreign groups after this incident though. It went rather far so the heroes should be able to get something out of this. From the 3 episodes this one had the most going on for sure. The idea of several intelligence agencies all getting involved along with a random criminal trying to pull the moves on everyone was fun to see.

Finally the third episode ends one of the subplots that had been going on throughout the first two episodes. When Ogami left he didn’t really get to choose who would take over as leader. He deserves full blame for this by the way as a quick line would have been enough to have gotten everybody on the same page. Instead he kind of waffled on this and gave every character a cryptic message making them think they would be leader. Naturally this hasn’t gone over well. Now there’s an old man who has taken over the Paris tower and is basically threatening to blow up the island. The Paris group has to finally choose a leader so they can unite and fight.

I don’t think it’ll come as a surprise who they pick as leader. The choice makes a lot of sense although I would argue that Glycine is the most qualified for the position. This is a fitting way to end the OVA because the leader plot was a big one and also because this special did allow Erica to get back in her robot so we got some big action scenes here. The second special had some good action too of course but no mech suits were involved so this one got more of the full Sakura Wars experience. It also felt rather grand due to the tower takeover because now the stakes were high. The old man and his abilities/tech may feel a bit random but in a world of aliens and mechs everywhere there are bound to be a lot of characters around who get their hands on things. Additionally I wouldn’t be surprised if he was from the game or a previous media because with the dialogue between him and Erica it’s clear that he’s not just some average joe. Based on his high position he’s in a good place to disrupt everything.

So while I wouldn’t say this beat the last Sakura Wars OVA, it’s a pretty well balanced one. The first episode would probably be the weakest for me with the final one being the best. The second one is in the middle. The Lobelia plot was definitely the best part since it’s always nice to see one of the team go rogue to an extent and just solve things on her own. Ci and Mell deserve credit as well of course. Meanwhile Coquelicot definitely gets the smallest role here. She doesn’t really get to do anything this time around while the other characters all got their big moments here and there. The cast works well together and there are a lot of different personalities so the contrast is effective. It would have been fun if Ogami had gotten to show up a bit but I suppose he can’t come rushing in to save the day every time. This way the group was able to stop the villains without any outside help.

The writing is solid here as you would expect and the animation is solid. It might not be anything breath taking but there isn’t a whole lot of action or anything so it’s not like the animators are really trying to stretch their limits. This is more of a little bonus adventure for fans who played through the video game and in that sense it succeeds quite well. The episodes all flow together well and you’ll have a good time with it. The soundtrack is a little less on the memorable side but it works well enough while you’re watching it so I’d definitely have no complaints there. 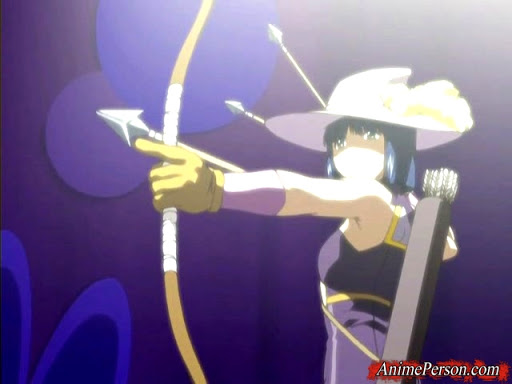 Overall, The Paris adventures end on a solid note. It’s been fun hanging with this group. With the New York group coming up we’ll see how those guys hold up. Personally I would consider them to be the best group but of course that’s the first one I was introduced to so they will always be rather nostalgic. At the same time the Sakura branch is the one I’ve seen for the longest period of time so they’re hard to beat as well. In a sense the deck was stacked against the Paris group so they’ve really done well in spite of that. It’d definitely be nice to see them get a full anime someday or something like that.