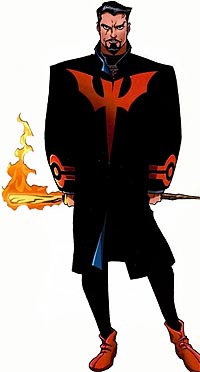 Suggested by Sonic Black Tom Cassidy has his staff and energy based abilities but he won’t be ready for Cosmic Skull who also had his own Iron Man armor. That level of firepower puts him just out of reach at this point. Tom wouldn’t really be able to keep up and it’s not like his attack power is all that impressive either. He would be constantly on the defensive and a single good shot should end this round pretty quick. Red Skull wins.