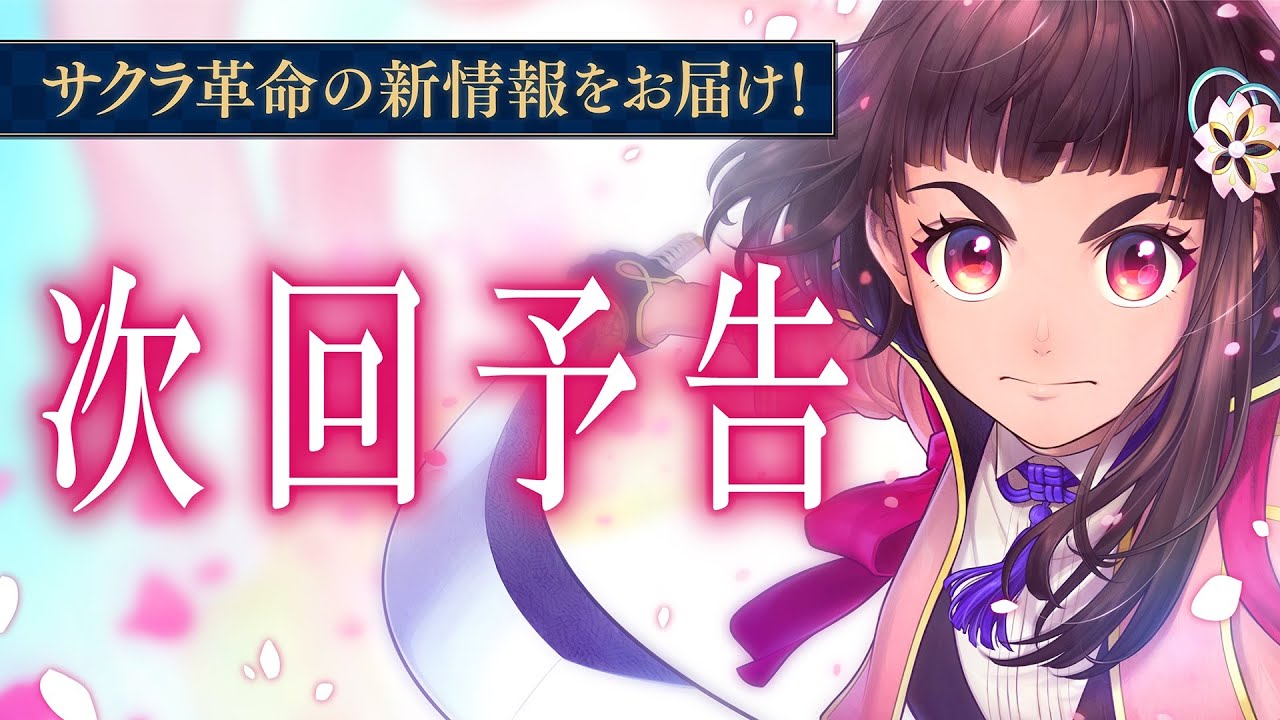 This latest incarnation in the Sakura Wars series is definitely a pretty interesting one. Since this is just a quick OVA to hype up the game I don’t expect we may see these characters again for a while. Still, the OVA does a terrific job of getting you hyped for what is about to come up next. This is the right way to set-up the game and the stakes seem a lot higher than any of the other incarnations since the heroes have effectively already lost this time. The villains seem to control Tokyo so it’s time to win it back. It’s too bad that it seems like the OVA isn’t super popular based on how hard it was to actually get a true anime poster for it so I pretty much settled for the mobile version and an anime screenshot at the end so you could see the actual animation. Maybe it’s one of those things more people will discover as the series gets bigger.

The OVA starts off with a mysterious lady who is accompanied by a trio of monsters decimating one of the combat teams. One of the heroines tries to get up but is promptly murdered. We then cut to the home base where The leader and her right hand man are the only ones left. She instructs him to go to an island to find Sakura and then bring her back to Tokyo. They’ll need her fighting ability if they are to succeed in this war. He heads off as the villain attacks once more and has a big confrontation with the leader. Presumably the villain won since we see her later but she was attacked by another mech shortly afterwards which may have been the leader.

Either way, the guy arrives onto the main island where he meets up with Sakura. Her grandmother Kirin isn’t thrilled about Sakura being thrown into the action like this but relents to her going. The 3 monsters show up to the island and the OVA ends with Sakura getting her sword and being able to create a mech suit around her made of psychic energy as opposed to jumping into a formal suit the way the others would. With this power humanity may finally have a chance against the demons and monster hybrids that threaten all of Japan.

As the Sakura War series has gone on we have definitely seen a whole lot of changes. The original series was very straight forward with humanity using steam powered mech suits to take on aliens. This continued although in the France division we started seeing more people with true magical powers. The New York version made flying suits a normal thing so everyone could fly and turn into jets. Then we had the recent animation which introduced the idea of humanoid monsters and hybrid life forms that were both human and monster. This OVA is continuing with that concept as the main villain seems to be another hybrid form. Additionally her aliens have the most sci-fi type designs yet as they look like something out of Gurren Lagann.

In general the animation here is just top tier. You can tell that the company put some solid effort into this. The fight scenes are a blast and in particular when Sakura is shredding the competition the animation is on point. The colors are sharp and there is a lot of potential here. Additionally this has the best soundtrack for any Sakura Wars product I have encountered. The battle themes are on point and this feels a lot like a modern installment in the series. It’s all a lot more high energy than the older versions would tend to be. Not to say that any of the Sakura War soundtracks were bad since I’ve enjoyed them all but this one easily takes it to the next level. Even the stage play theme from the intro was the best one I had heard yet.

Now, with only around 30 minutes to introduce the plot, new setting, and characters that does mean it has to go pretty quickly. Sakura and Kirin are the only two characters whose names you will remember off the bat. Kirin has a lot of hype but she is rather old at this point in the story so it’s not like she is about to go out there and fight. That’s really for the next generation of fighters like Sakura. Sakura is introduced well. She is ready to fight and seems a lot more enthusiastic about this than other versions. While I wouldn’t be ready to say she is the best Sakura from the various titles, she easily seems to be the most powerful and we’re only at the intro of the game. I can tell the power creep should jump up considerably with this one.

The main guy is less impressive since he’s not really a fighter nor does he have the bravery that you would find in guys like Captain Ogami, Taiga from New York, or the more recent one from The Animation. I do like that he has some skill with his eyes where he can detect an enemy’s movement. It may not have done much of anything against these powerful aliens but if he was fighting humans then I dare say that it would have taken him far. Clearly the leader does trust him so I’m sure the guy has some talent. 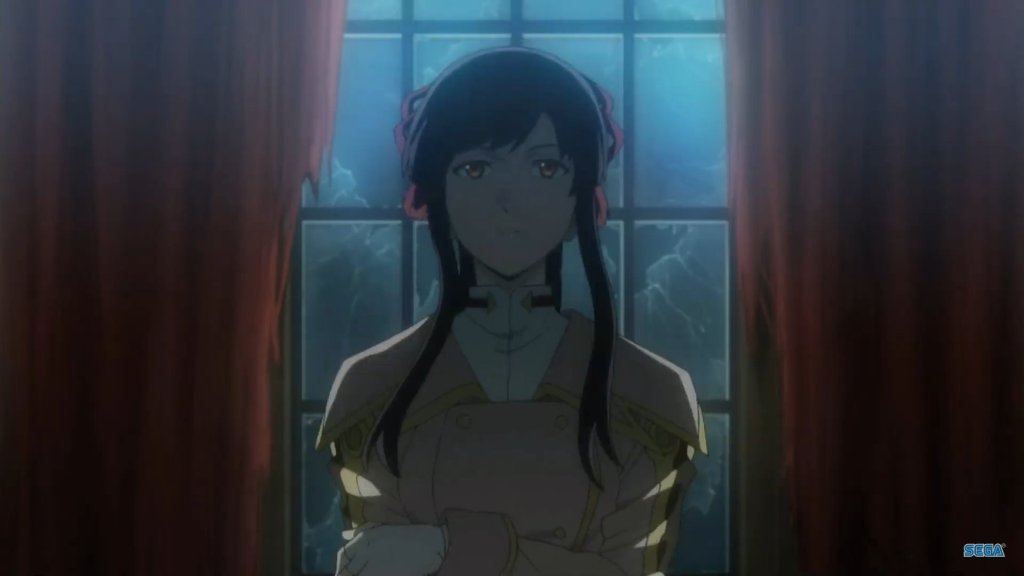 Overall, As soon as the OVA had begun, it was over. It really does serve its job well of throwing you into the experience though. It’s just a great title all the way around as it makes every minute count. In general that can be a fun thing about pilot OVAs like this though. Since they want you to play the game they can throw as many concepts and fights at you as possible along with a bunch of cliffhangers to make sure that you play the game. It definitely has a very epic feeling to it from the start. Now, I assume the actual mobile game will dial things back for a bit since you can’t stay in climax mode all the time but I’m sure it would begin to build up to that again. This OVA is definitely one that I would recommend whether you have played/watched the older Sakura War titles or not since either way this OVA gives you everything you need to know in order to succeed. After all, the idea of humans vs demons/aliens is a pretty quick one to get and all you need to know is that Sakura is humanity’s last hope. Without her all will be lost. Maybe one day they’ll make a full anime based on the mobile game, now that would be hype.