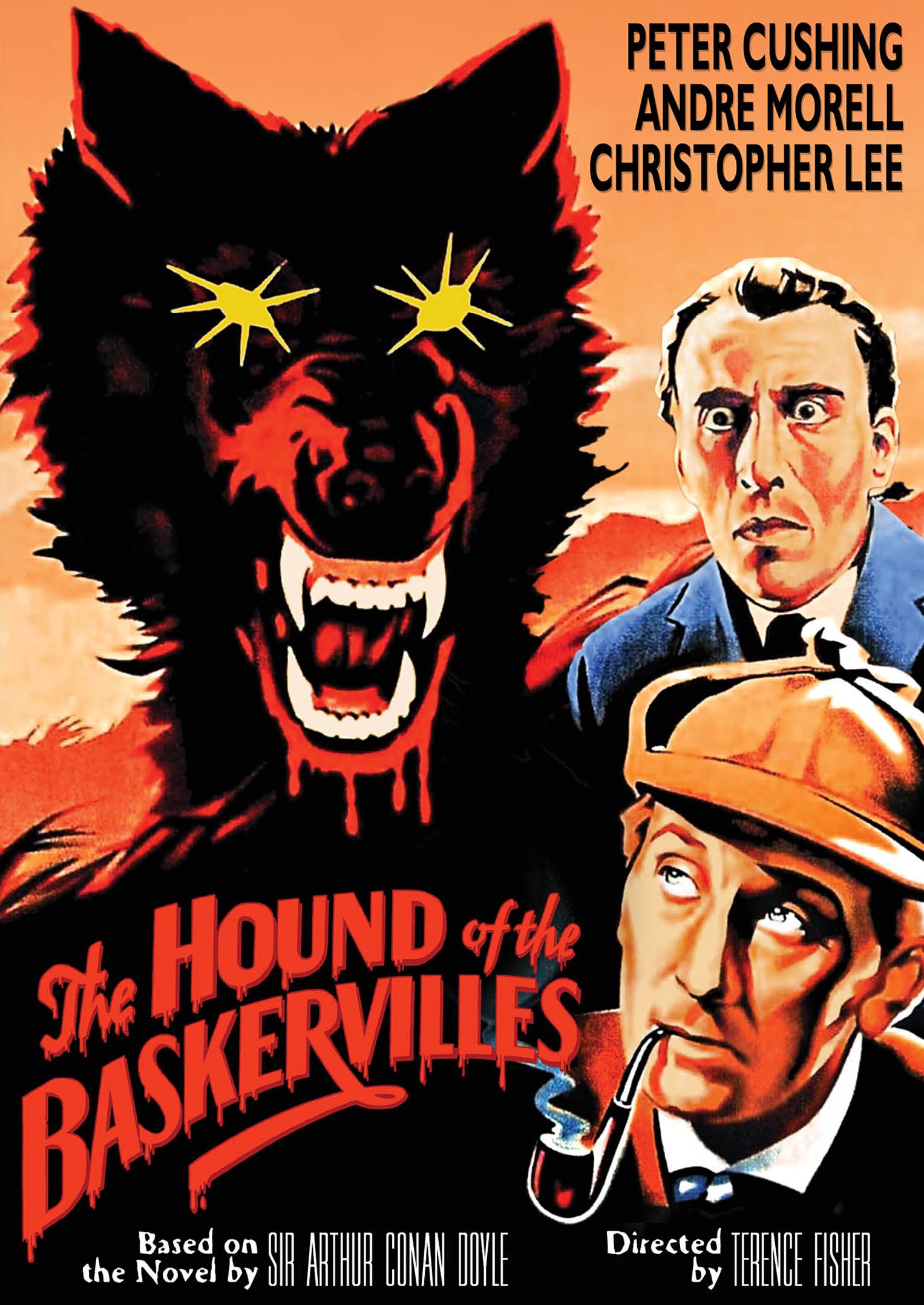 Usually when you think of the Hammer crew you think of sub par films that rely on a lot of extra grit and shock value. Sherlock Holmes is a series you associate wit high quality writing and a lot of twists that will keep you going. Since this is one of the only Sherlock Holmes’ films that I would say is not a good film I would usually blame that on Hammer but to be fair this also happens to be the weakest Sherlock Holmes adventure that I’m aware of. Even the original one didn’t exactly rate very highly for me and this one is close. I would still say the other adaption I’ve seen of this film is better but for the most part 1959 remains faithful, it’s just not able to save the film from the ending.

The movie starts back in time when the Baskervilles were as corrupt and evil as ever. They kidnapped a peasant girl and had some dark plans for her. While they were burning a guy alive in the fireplace she manages to make a break for it. Unfortunately the head of the house, Mr. Baskerville catches and murders her. He doesn’t get to enjoy his triumph for long though as he is brutally murdered by a dog. We cut forward in the future where every other Baskerville head has moved into the mansion and been murdered in the same way.

In the present day Henry is the final Baskerville member still alive. He intends to move into the house because he believes that all of the deaths were coincidence and have nothing to do with some kind of supernatural dog. Regardless, Mortimer asks Sherlock Holmes and Watson to get on the case so that Henry will not be destroyed. Holmes is too busy at the moment though so he sends Watson along instead. Henry realizes that this means Holmes isn’t taking things too seriously and so he isn’t worried either. He’s just going to have a good time. Holmes does give Henry one warning though, don’t go to the bog alone at night. After all, that’s where everyone else died right? Henry couldn’t care less though and if someone, say a lady were to ask him to go then he would have no qualms about doing so.

As you can probably guess, this makes things a little difficult on Watson. Watson is effectively the main character here since he really gets to play detective more here. Usually you see Watson enjoying the snacks a lot in the background so this time he’s going to get to work that off. Watson’s always a fun character though and he does well here. The only time he lets Henry get into a bit of a difficult spot is when he left him to be guarded by a few other characters but in his defense, I don’t think he could have expected that the guy would run off though so I’ll cut him some slack there.

The writing is on point as you get to try and solve the case along with Watson. It’s not exactly Scooby Doo style where you are clearly introduced to each suspect as they all act a little strange. Here you are thrown into the house and gradually meet the characters. There are quite a few suspects like the escaped murder convict, the happy next door neighbors, Mortimer himself and a number of staff inside the mansion. In this kind of thing you can’t really trust anyone.

Honestly this would be a very easy film to survive for most characters though. Seriously, just don’t go to the bog, swamp, ocean, or any place listed in the curse. Sure, if you assume that the myth is fake and someone is carrying out the murders, at least you know that the person so far only likes to murder people in one spot. It’s like the evil mermaid film where everyone told the guy not to go to a very particular patch in the ocean but he laughed them off as he swam to his death. If Henry would just mind his own business and not be too desperate then he would be fine. Of course as soon as he gets asked out to the bog on a date he is quick to run there. Not exactly the most heroic guy that’s for sure.

Meanwhile Holmes is definitely a solid character as always. I like how downright rude he can be to everyone as he even factors this into his plans. When all else fails, he basically just tricks his opponents into making the next move which is really a solid strategy. After all, antagonizing the opponents is certainly a valid strategy if I’ve ever seen one. Holmes is 5 steps ahead in pretty much every scene and that’s definitely the kind of lead that you want in a mystery film.

So what are the film’s weaknesses that keep it from being a good film? Well, it’s pretty simple. The whole film revolves around a ghost dog so as you can imagine, a real dog does show up at one point. That means the gang shoots him down in the end so the film could not escape the animal violence. All animal violence is pretty bad but it can be especially bad when it’s a dog. As that is built into the very premise it’s why it is unlikely that a Hound of the Baskervilles title will ever be all that good. It’ll always have to try and outmaneuver the story itself which is no easy feat.

Also in true Hammer fashion the opening scene was totally unnecessary. We already could have suspected that the Baskervilles were probably shady but the film has to make it explicit just how bad they are with the live burning and the plans for the lady they kidnapped. The whole first scene just doesn’t even feel like a Sherlock Holmes film. You figure the captive would at least escape but she gets stabbed and dies anyway. The whole first scene could have certainly been cut and just thrown into the info dump early on in the film when Mortimer first showed up. That would have been the ideal way to do this.

Overall, Hound of the Baskervilles may be one of the most well known Holmes titles but I still consider it the weakest one. It’s also a story where Holmes is gone for a good chunk of it due to plot reasons. It’s an interesting twist of course even if this film changes how it plays out but of course the films where Holmes is present for more of it will end up being the stronger ones. It’s just not the same without him constantly picking apart every character’s alibi’s and just generally beating them up intellectually. He makes everyone around him feel small and that’s a huge part of his charm. If you’re a big Sherlock Holmes fan then you may still want to check this one out but otherwise I’d say to check out any of the other installments.