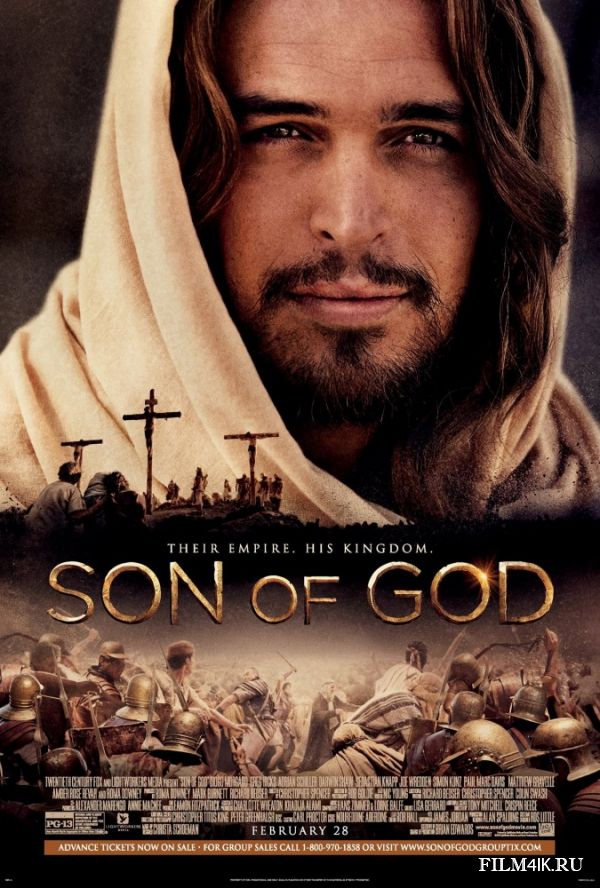 I saw this film as part of the Easter batch to celebrate Resurrection Sunday. What better way to celebrate the resurrection of Jesus Christ, the Son of God than by watching the film adaption by the same name? It’s always good to see movies adapting the Bible to keep the events fresh in everyone’s minds. There’s also so much to cover that each film can focus on something different. This one mainly focuses on adapting the events from when Jesus was an adult through to his death with a few scenes from after the resurrection. It’s always interesting seeing which scenes will get selected and which ones have to be left out.

If you’re familiar with your Bible reading then you are likely familiar with the story. The government grows concerned when they learn of Jesus Christ who is said to be the Messiah. He has accumulated a large following which frightens the local religious leaders in particular since he is effectively turning their society upside down. They try to convince the Romans to execute him but they will have to be the ones to make the first move. They convince one of Jesus’ 12 Disciples to sell him out so they can carry out their mission. Jesus is well aware of what they are doing but allows all of this happen so he can die for humanity’s sins as well as resurrect to further strengthen their belief in him.

It’s a very complete movie and they did a good job of getting the setting to feel like how things would have looked back then. The film can certainly get a little on the violent side although I’ve heard it isn’t nearly as much so as in other adaptions so that’s something to note. The Passion of the Christ is typically known as the most intense version to be sure. The casting was also on point and you can tell a lot of thought was put into this one. It follows the Bible carefully which is important.

I imagine there’s probably always a temptation to add new elements in or try to flesh out details that weren’t recorded but it’s always best to just go by what is actually recorded as historical fact than trying to add something extra. Then you run the risk of going completely off the boat like in the Noah film that had rock golems and such that just felt too out there. Why make assumptions on things that were not recorded right?

The event of the resurrection is still one of the most important events to this day because it proves that Jesus actually had the power and position he claimed. If he had not resurrected then it would have appeared that he really was just performing some kind of trick. After all, in the Bible we do see that Lucifer is able to give his followers a degree of power as seen in Moses when they were able to turn their staffs into snakes as well. They just weren’t as powerful because ultimately Lucifer’s power will never be in the same ballpark as God’s.

It’s always important to reflect on this each year on Easter since it is the true meaning for the event. It’s fun to enjoy the eggs and the fun little festivities as well but you can’t let it distract from the true meaning of the day. Easter is much like Christmas in that respect. You may have a good time with the cookies in the oven and seeing Santa Claus running around but the only reason the day is so huge is because it’s when Jesus was born and the future finally started. It’s the day that gives meaning to each of our lives and the promise of Heaven upon our departure is the prize at the end of the journey. Above all else you have to always remember the goal since it will help to push you through any tough days and further brighten the happy ones.

Overall, Son of God is certainly a solid adaption and one that is worth checking out. It’s a faithful representation of the events and covers a lot of ground within its run-time. You can definitely pair it with some of the earlier films like The Ten Commandments which also cover the earlier events. The Bible is a massive book so there is always a lot to cover. One day it would be nice to have a complete adaption at least of the New Testament but I do understand why you would mainly focus on this time period since it’s really at the crux of Christianity itself. The truth of the Cross and the sacrifice made that day is what allows us to keep on going and live for a brighter tomorrow.