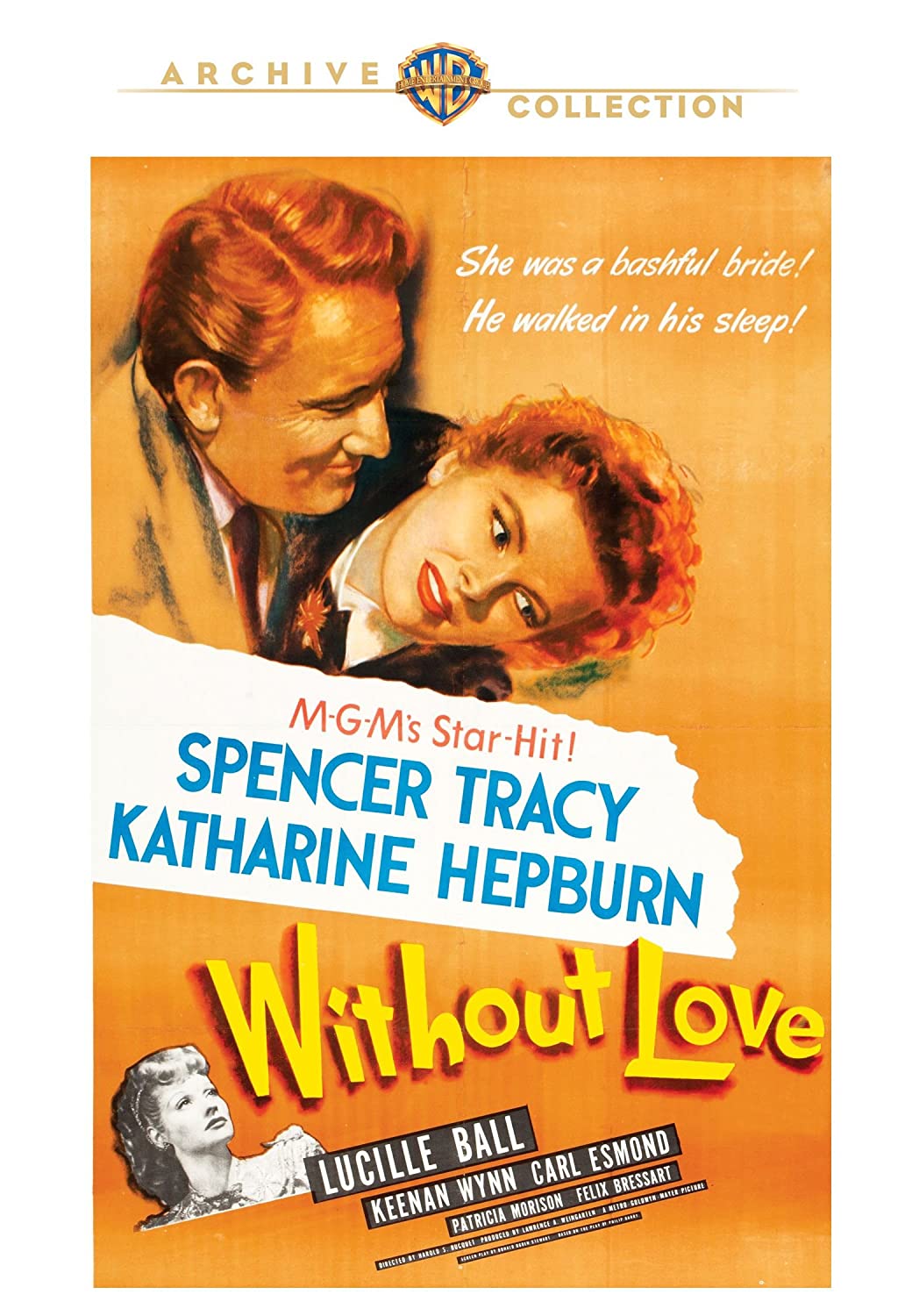 Without Love is one of those films where you definitely know how it’s going to play out. Any film where the characters initially say that they’re not going to let things get personal or romantic are doomed to fail right from the jump. It’s just not going to work, the friend zone never seems to exist by the end of these films. Either way it is a fun film. It may be a script that’s not one of the more realistic ones but when you factor in that the film is part comedy/parody then it works out.

The movie starts with Patrick running into a really drunk man named Quentin. This works out well for Patrick since he is looking for a place to stay temporarily so he can run some government experiments. He tricks Quentin into letting him spend the night and then even orders a bunch of equipment into the house. When the actual owner of the house shows up (Jamie) she isn’t exactly thrilled about this. Patrick is able to convince her in a rather roundabout way to keep him. Afterwards they exchange origin stories.

Jamie had a perfect marriage until her husband died while Patrick has had a pretty rough experience. Both of them are completely done with romance as a result….or so they say. Jamie has an idea that will solve their problems. She tells Patrick they need to marry each other in a loveless marriage. Why? She doesn’t know but it’s an idea and Patrick likes it so they quickly get married. Now she will assist him in his work but the more they work the more they start letting things get personal although they can’t admit it. What can they do?

The only thing I couldn’t help but wonder the whole time though was….why would being married make the work any easier? There is really no good reason for them to have gotten married if we’re being honest. The only decent reason would be that Jamie actually liked him from the start and figured that getting married would help lower his guard. It’s an effective strategy if that was the case although the film doesn’t play it off like that. It’s more like it just happened gradually.

It’s definitely one of the most predictable romances you’ll ever see but as they say, friendship is impossible in these kinds of things. Jamie’s a good character but she does get pushed around rather easily. The opening scene where she is effectively tricked by Patrick was certainly something. Additionally, she does put herself in some rather tricky circumstances like hanging out with the local flirt who constantly tries to get to her even when she is married and running to his side when she has a fight with Patrick.

The film has a rather bold ending which leaves you with a lot of concerns. Then you have Patrick who acts a bit like an anime tsundere with how he won’t admit his feelings. Now, if he completely kept them off then he would probably be right here since they both agreed not to have any feelings for each other. He just ended up staying true to their original goal for a lot longer than she did. Ultimately he couldn’t stay the course though which you could probably predict. There are so many misunderstandings between the main two because they are never on the same page.

There’s also a backup romance plot between Kitty and Quentin but it doesn’t have a whole lot to do with anything. Quentin tries to recover from his drunk opening but from the dialogue we learn that he gets drunk a lot which isn’t a good look for him. He was also quick to move on from Kitty so when he rebounds at the end it’s hard to buy into. Likewise Kitty reveals she has had a lot of affairs. It’s always hard to root for a romance when both characters have been playing the field the whole time.

Despite being hyped up as one of the big villains, Edwina doesn’t show up until near the end of the film. She’s the one who messed Patrick up and doesn’t appear until near the end but they don’t have any kind of big confrontation. That would have been interesting but she basically doesn’t do anything here. It does make Patrick look bad for not being very definitive throughout the whole movie though. It’s part of what puts a wedge between him and Jamie.

As far as the writing goes, I would say the film does a good job. There are a lot of good lines and the characters are reasonable. The fast talking at the beginning of the film is fun as Patrick turns every line against the drunken Quentin and then when he one ups Jamie. Now, it’s hard for me to believe the latter scene in the slightest but it still makes for a fun little moment.

It’s easy to forget but there is a government plot in here as well since the whole point for trying to get a place to stay is so Patrick can build some devices in secret. Devices that let you withstand more Gs in space and things like that. She helps quite a lot and he even test runs some of the equipment but surely the government could do better than to have him working in this basement right?

Put it this way, the whole point is secretly but in a small town where everyone knows each other, isn’t it super suspicious when a bunch of giant moving vans appear taking out a bunch of tech and bringing it all to one house? I feel like the government fails on the secret aspect of this mission. Also, I couldn’t help but feel like some of the story points were just rather contrived though like the wedding that makes no sense. The film could have done a better job of at least explaining why this would even be remotely necessary or even useful.

Overall, Without Love is going for a slightly different angle at romance but ultimately turns into a standard romantic comedy. It doesn’t hold up nearly as well as some of the other ones that I’ve seen recently but it’s decent. Even if the characters were able to play this straight and live in a loveless marriage I would say it’s a bad idea. Marrying for tax breaks or just to say you’ve been married just doesn’t seem like a good idea in the long run. For that it sounds like deep down each character really just wants to have a best friend. While the films may deny it, it’s certainly possible to have friends even as a grown up. Maybe that’ll finally happen in one of these films coming up…but I wouldn’t hold my breath.