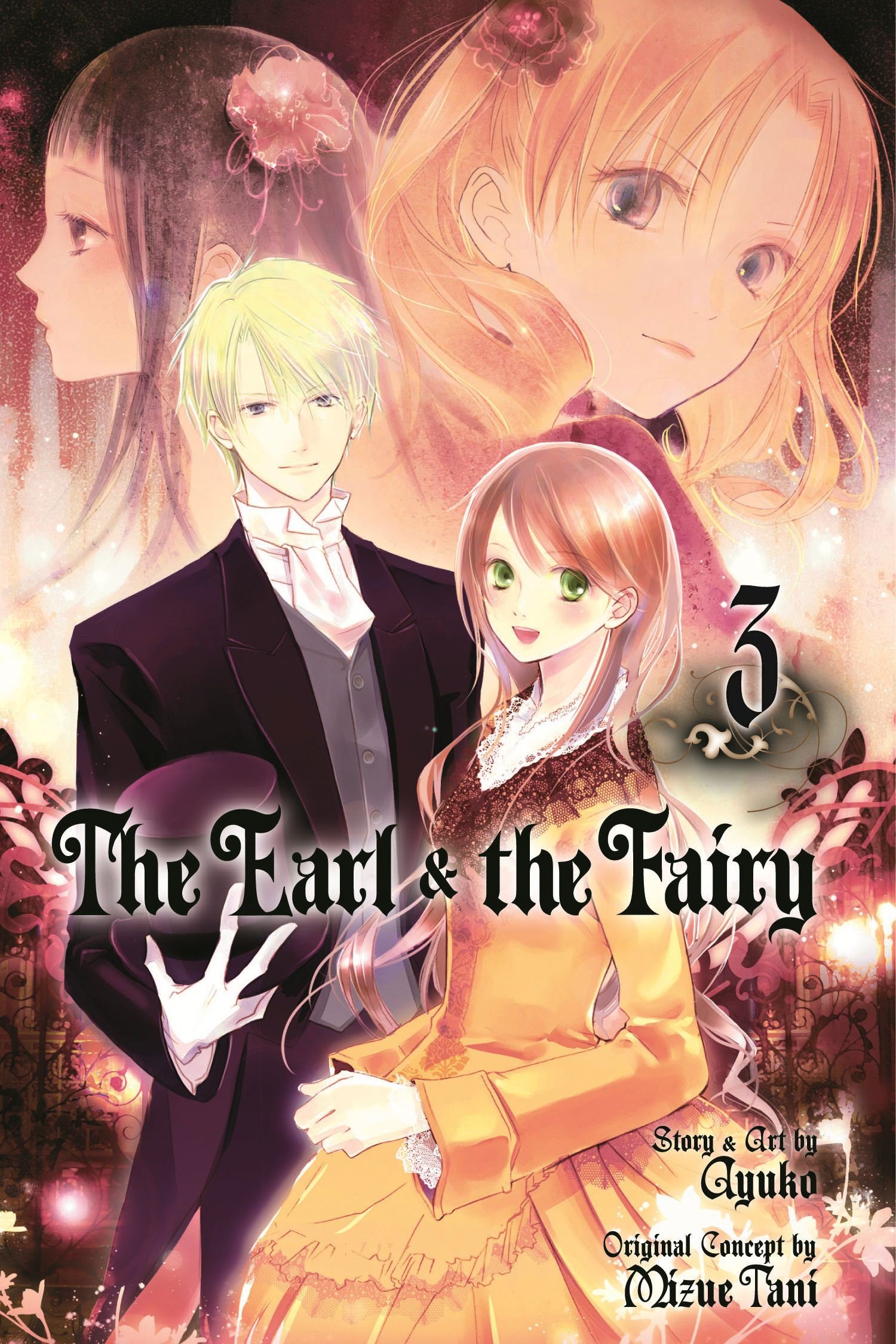 This is one of those manga titles that I certainly had not heard about before reading. It’s sort of like an old school Sherlock Holmes title only with a lot of supernatural fairies running around. It’s a quick 4 volume read that roughly covers two arcs. There’s always a lot going on and there’s a rather big cast of characters running around although I suppose not all of them get a super big focus or anything like that.

The series starts by introducing us to Lydia. She is a Fairy Doctor. Unfortunately, most people don’t believe in fairies so she has a reputation for being rather crazy. She doesn’t let this bother her though and just continues about her business as usual. Lydia is tricked into getting onto a ship where there are a lot of different factions after her. There’s a gentleman who says he needs her help since a bunch of troublemakers are on the ship and they may even have her father captive. Then you have a guy called Edgar who was getting beaten up but admits he is actually the Legendary Blue Knight, Earl Edgar. Lydia doesn’t know who to trust.

Both of these guys seem extremely suspect and her father never really shows up in time as it is. If she chooses the wrong side she will likely end up dead. Hopefully her fairy abilities will lead her in the right direction. She does have a fairy cat named Nico but unfortunately he isn’t much of a fighter so if the humans attack there isn’t really much that he can do. The first arc is mainly about this quest which is around 2-2.5 volumes. Ultimately she does side with Edgar who goes on to become the main guy of the series.

Then you have the second arc which is a little more low key. The heroes make it to a more formal part of society where a girl is really after Edgar. His flirty nature takes over so Lydia runs off to sulk. Unfortunately she ends up losing in a battle against one of the fairies and gets her soul stolen. Edgar must now find her before it’s too late. Her body can’t live for long without a soul after all so if he is too slow then she will cease to exist. The stakes are naturally quite high here but on more of a personal level.

While the final chapter feels like it has to move quite rapidly there was enough time to tell both stories here. The second one feels a lot smaller but it’s still pretty solid. Edgar finally starts acting a little more like a good guy since even by the end of the first adventure you’ll probably be quite skeptical. Even here I wouldn’t buy into his excuses about needing to be flirty to stay in character. If he likes Lydia then he should stop messing around.

Due to that, I wouldn’t say I ever ended up liking the guy. He can be a bit rough also and was willing to sacrifice Lydia on several occasions. Those aren’t the kind of things you can just look over so you feel like there should be no way they can possibly end up together. Surely she will remember all of that clear as day right? 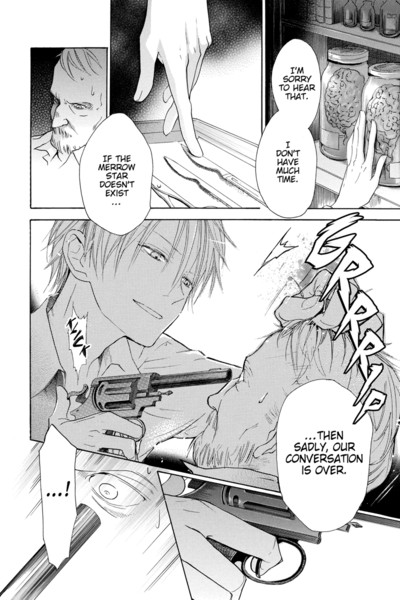 As you can guess, I didn’t buy into the romance here between Lydia and Edgar. There’s also Ermine who likes Edgar as well but you know from the start that she is absolutely doomed. While Lydia’s skills as a fairy doctor are good, she does make quite a few mistakes when dealing with Edgar. It’s a shame that Nico can’t fight since that would at least even up the odds. Lydia’s a nice character who means well but ends up being completely out of her depth.

The best character would probably be Raven. He’s rather emotionless so he doesn’t always know how to act but he is the best fighter in the series. When needed he can take down as many opponents as required to give Lydia and Edgar safe passage into the next room. He’s a trained assassin from when he was a kid so he’s borderline super-human in the present.

Ermine doesn’t get a huge role but she was a good character as well. Things just never really seem to go her way but from Edgar’s main team she certainly had more compassion than the others right from the start. She actually felt human while the others would focus on just doing the most logical thing at the time.

Then from the second arc you have the main princess who chased after Edgar and was cursing her friend with the fairy. Of course she pulls the whole “I didn’t mean it tho” speech but she was easily the weakest character of the second arc. You can’t just put your friend in mortal danger and then not do anything about it. Even by the end she didn’t want to go and help since it would hurt her reputation. Yeah, you definitely can’t come back from a string of scenes like that. I was surprised that even by the end she wouldn’t do the right thing. If she said it was because she was scared that would be (a tiny bit) better.

As for the art, I’d say it looked pretty good. Edgar and the other guy from the first story do look rather similar but that may have been intentional to make it a little more difficult to determine who Lydia should go with. This is hardly an action series so don’t expect a lot of fights but the action scenes we do get are pretty solid. Whenever a character brings out a gun you can bet that there are going to be a lot of intense panels around that.

The series really flies by since it’s so fast. On one hand that means we don’t really get to finish a lot of the lore and concepts brought up in the series. Don’t expect to really get to any truths behind the Blue Knight lore or meeting up with the King of the Fairies. In general the manga feels more like an introduction to the series which makes sense since there are many more novels than there are manga volumes. In theory I suppose this would help you go to read them next.

I could see this going for a Natsume’s Book of Friends kind of vibe long term once the characters mellow out. Perhaps not quite as laidback as all that but with episodic stories about the fairies and such it could have that kind of vibe. We’ve seen an evil fairy that could fight so next I want to see a heroic one that can flaunt his powers. Giving Nico a huge power up would also be great.

The writing for the series is on point even if none of Edgar’s inner monologues really help me sympathize with the guy. We do learn a lot about his past as well as Raven’s and Ermine’s. The trio definitely didn’t have a great time of it and had to commit a lot of crimes in order to get out of there. It’s part of why they won’t hesitate very much in the present either since they’ve really been hardened at this point. 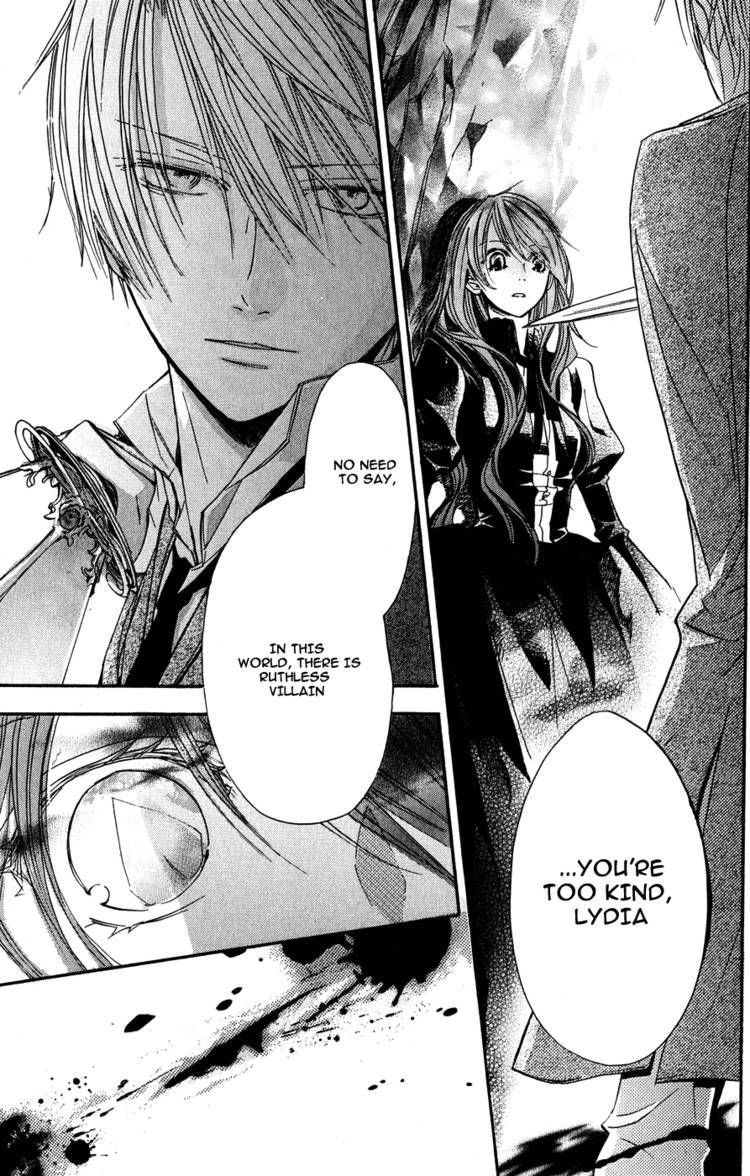 Overall, The Earl and the Fairy is a good manga. It’s one of those titles where I definitely couldn’t buy into the romance though. As the “mean” guy, Edgar goes a little too far so you just can’t root for him. The art is good though and the base stories are on point. The heroes definitely live in a very corrupt world but fortunately they don’t dwell on it compared to something like Black Butler or things could get dicey. If I were Lydia I would have just gone home after the first arc but hopefully as she goes on more missions she will be able to gain more fairies and maybe even get some power ups along the way. That would definitely help her in future situations like this. If you end up reading the series and liking it then you’ll probably want to try and find an English scanned version of the novels to continue the saga.

2 thoughts on “The Earl and the Fairy Review”