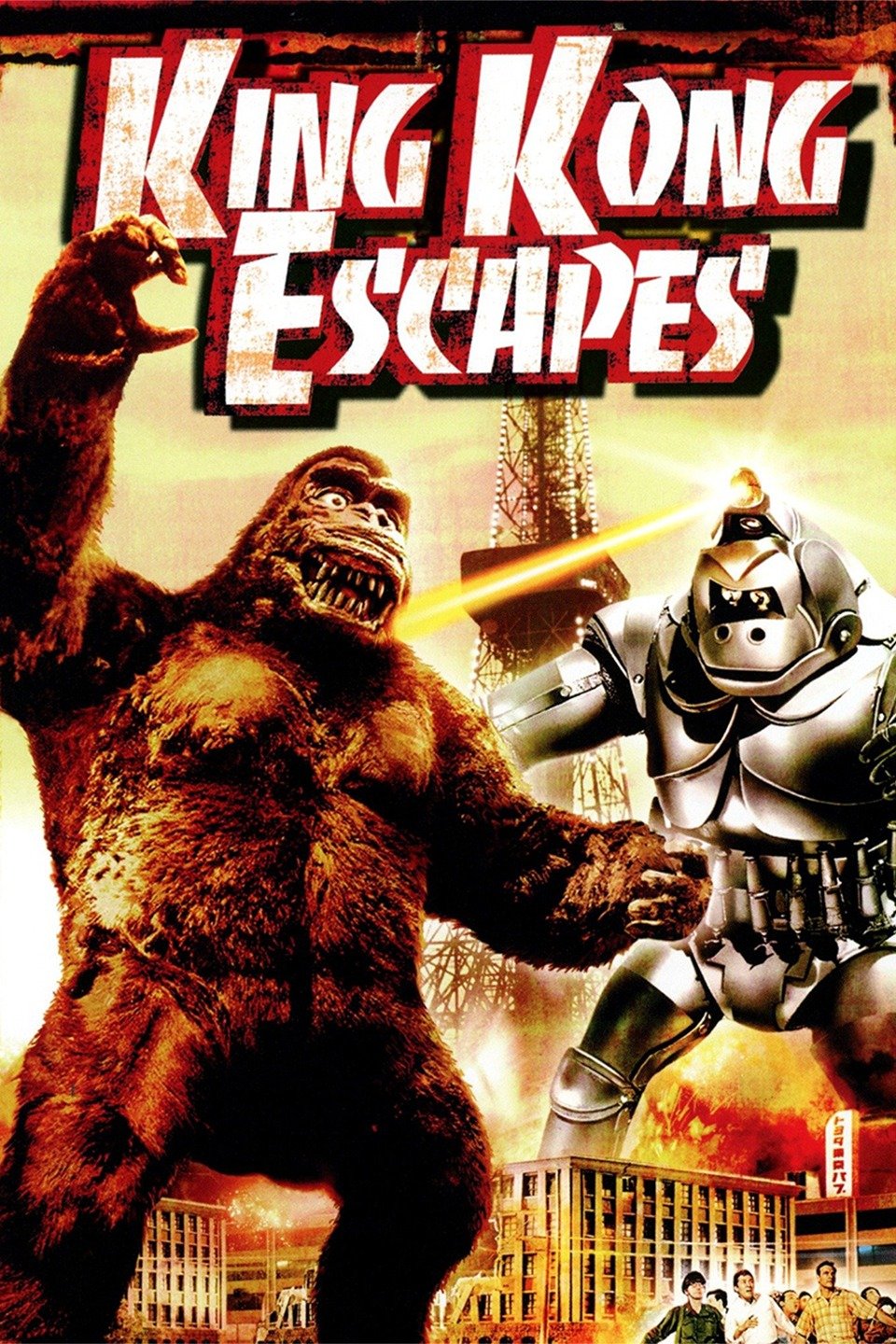 King Kong is back for another adventure. This time we get to see a bit of a different take with him as he fights a mecha opponent without having any guest stars here to help him. It’s a fun title and I would even say that it is the best of the solo King Kong films. There’s good action to be found here and a solid amount of humor which makes for a good combo.

The movie starts with Commander Carl and his team heading to King Kong’s island after the weather and their poor ship force their hand. Kong rules Mondo Island and takes down powerful fighters like Gorosaurus and an aquatic Kaiju. He wants Susan to stay with him but she decides to head back with the rest of the gang. This allows Hu and Piranha to show up and kidnap King Kong.

This is certainly an issue though since they can now access a mysterious element that will allow them to take over the world. Carl and crew are tasked with stopping their ambitions. The easiest way would be to free Kong from their control but can they really stop the villains or will they just end up getting captured as well? After all, if the villains can even capture a Kaiju, what hope do a pair of humans really have?

Now this film does raise some questions about when this takes place. The heroes have a hovercraft at the ready and Hu was able to build a Mecha Kong of his own. So when you think about it, this has to take place in the far future right? The rest of the movie doesn’t support that but I do think it makes the most sense.

King Kong Escapes is a very light hearted film which works pretty well here. There’s a lot of fun dialogue between the characters. The film even seems to poke fun at how the main guy would usually fall for the villainess as here he couldn’t care less. Carl doesn’t even come close to falling for her trap which is pretty fun. While this is a King Kong film, it’s fair to say that the humans have the biggest focus.

The most ambitious character here would be Piranha. She is a villain who works for a government that is never named. Her people look Japanese but are stated to be from somewhere else. There is a lot of mystery around her but the issue is that nothing ever comes of it. I’m fairly confident that she is part of an alien species but at least if you only go from the film then it’s really hard to say one way or the other if that is actually accurate.

Piranha talks a very good game throughout the film but slowly as the adventure goes on she starts to lose her hype. Hu starts to call her bluff until she basically quits so she can have some tea and things really turn out poorly for her after that. Her character was odd but fun. Meanwhile Hu is a little hard to take seriously as the main villain. He wasn’t nearly as interesting and since his mecha version of Kong was getting wrecked by the elements in the opening scenes it is hard to take that thing seriously.

It’s probably good that they didn’t call this a vs film because the two fighters are just not equal. King Kong is shown to be far more powerful than this robot and isn’t afraid to show it. If not for the humans constantly mind controlling him and messing with the poor guy, it would have been a very short film. Of course, fans of king Kong should appreciate how good he looks here. The guy is definitely not taking any prisoners.

Aside from Carl and Susan, the other main character here is Jiro. He’s the first so suspect that Piranha’s group is probably not legitimate. That said, the heroes basically had to go along with the trap to try and get some info while foiling Hu’s plans but it’s good he noticed what was going on. He and Susan did well in withstanding the freeze room as well while Carl was enjoying a nice warm drink.

The writing is solid as expected and the pacing is good as the film really flows by. The action scenes are solid like with Gorosaurus giving King Kong the combos for a while. It has the feeling of an old Godzilla film but with an American touch. That certainly seems like a fitting combo for a King Kong film and it’s just too bad that they couldn’t have made more installments in the series. That may have been their chance to explain what Piranha’s group was really after and if they are aliens or not.

Overall, King Kong Escapes is a good film. I wouldn’t say there are any real issues here. I will admit that the human plots may be more interesting than the Kong stuff though even if the fights were fun. It was just nice to see the heroes talking it out with the villains and a little spying going on. The retro atmosphere of the film just makes it all flow together. It would have been nice to see more of the robot or King Kong resisting the villains more but at the end of the day I suppose mind control is just too powerful. If you haven’t seen this film yet then I’d definitely say it’s time to change that. It’ll be hard for any King Kong film to surpass this one.