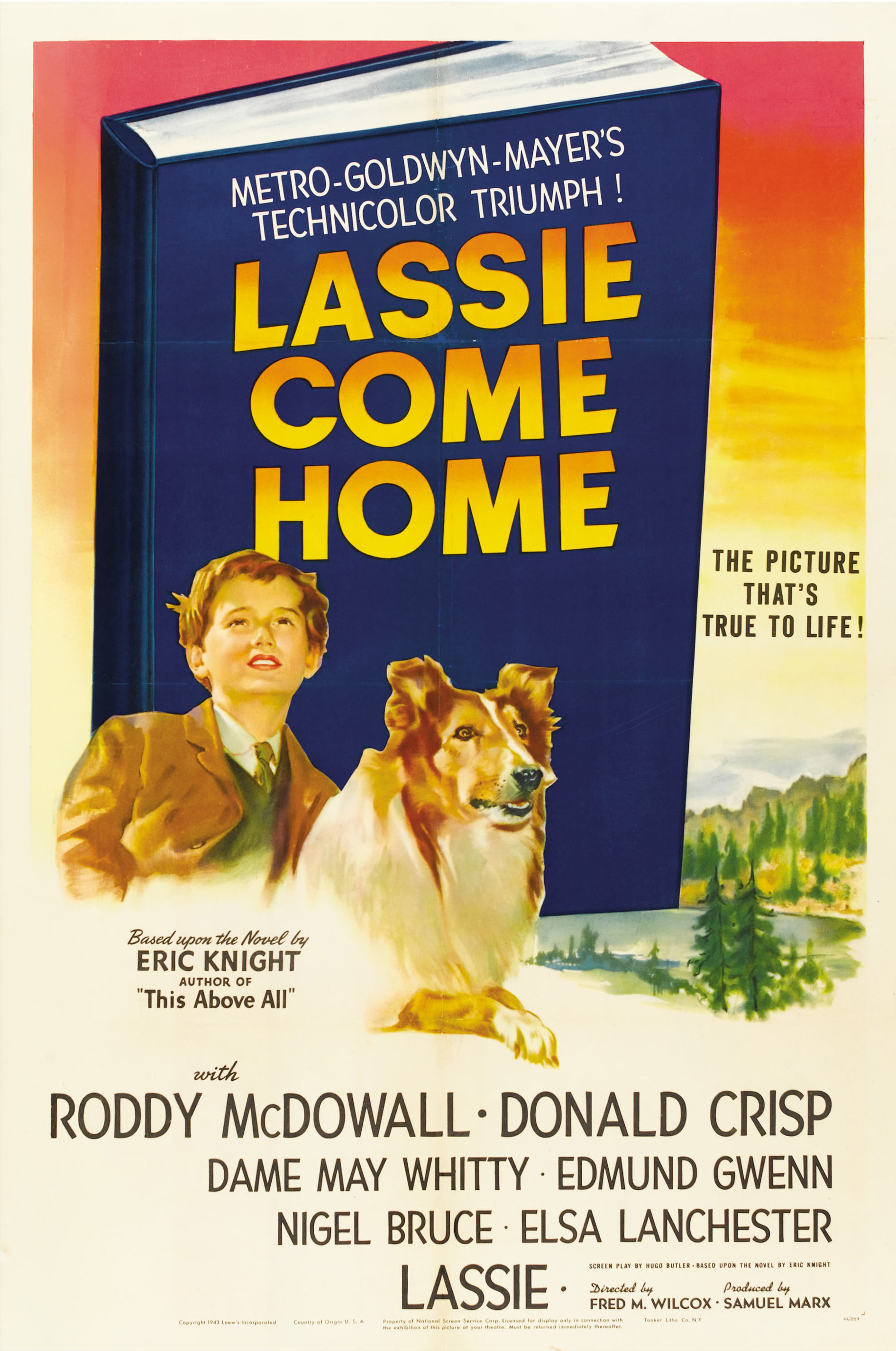 A lot of films have a “What is that??” kind of moment where you wonder what it was thinking. Unfortunately, Lassie ups the stakes by having you ask this question many times as the film goes on. Seriously, you’ll keep on wondering why this film was as bad as it was. It just never made it over the hill and ultimately slid downhill at such terrific speeds that it never stood a chance.

The movie starts with introducing us to Lassie and her owner Joe. Joe’s a fairly young kid who does his best at school because he always knows that Lassie will be there to say hi. Well, the parents have decided to send Lassie away and didn’t have the courage to tell Joe so they do it in secret. Lassie keeps on returning so they keep on sending her back. The new owner takes Lassie all the way across the ocean but Lassie is determined to return. So begins the journey of this determined dog.

Lassie’s probably the only decent thing about the movie and even then she is also the cause of many of the movie’s problems. For starters there are no likable characters here in the slightest. Take Joe’s parents for example, they handled the situation horribly. At least give Joe a chance to properly say good bye to Lassie right? By getting rid of Lassie in secret they didn’t even give Joe a chance. Clearly that will make parting a lot more difficult than it would be otherwise. The worst part is that they have the gall to blame the kid for crying about this.

What else was he going to do? The film does a poor job of getting you to sympathize with the parents. Time may be tough but they effectively just sold off a member of the family. It was the wrong call no matter how you slice it. Especially when you consider that Lassie returned twice and they were still making sure she left. Definitely a bunch of ungrateful customers here.

Where the film really goes wrong though is that it’s trying to be overly sad. Things just keep on getting worse and worse. Effectively it’s like one character gets beaten up, shot, bit, brought near to death, gets a leg broken, and continues to endure the worst of the environment right through to the end of the film. Even at the end nobody is helping Lassie because they think the whole thing’s heart warming when they should be getting their eyes checked.

A film always needs a good balance of emotions. If you want to make a sad movie there needs to be a lot of happy scenes to counter it or else you end up going too far. This movie was doomed from the start though because that applies to humans. For animals you can’t put them in any of those scenarios because it just makes the film suck.

When you take this film down to its core parts, part of the issue is that there are no strengths to the film. Most of the characters are rubbish and the story is utter nonsense. Why do we need to have some random thugs who show up just to murder another dog? It’s all just for shock value and to make an already grim film even more grim. By this point in the film you’re likely already checked out so this is the film’s way of waking you up.

If you were in the theater you’d probably have seen a lot of people jump up in their seats at that point since they would have totally been in La La land by then. The film is unable to draw your attention because it hasn’t done anything to earn your interest. Put it this way, if the film wanted to actually tell a good story then it needed to develop the characters and make them likable. The mother can’t be talking about how she’s glad Lassie is gone while crying. That’s just a ludicrous scene.

The father can’t be storming off in a huff when Joe starts crying because he is the one who sold the dog. Can’t be flipping blame like that. Joe should have chosen a better spot to hide Lassie than the rocks that apparently the characters go to a lot during the years. The old couple was good and at least offered a few moments where characters weren’t getting beaten up but they weren’t main characters. If they stuck around then they probably would have been wrecked.

We can’t forget about Lassie’s official new owner either. Keep in mind that he wants to have some good race dogs but he doesn’t even realize that his underling is being mean to the dogs there. If not for his daughter speaking up it would have kept on going. Even after that he leaves the guy alone unsupervised with Lassie. Not a very intelligent way to handle business right? The film goes out of its way to discredit almost literally every character in the film.

The ending rings hollow because you can’t have a happy ending after going through so much sorrow. It’s like if you go outside and decide to run a lap around the block but along the way you witness 3 car crashes and get stabbed twice. Sure, you made it to your destination but the fun stroll doesn’t feel very enjoyable anymore because of the huge price that you had to pay. Ideally the other Lassie films are able to balance things out better so things go well for the dog. Improve the writing dramatically as well and then we may have a shot here. Nothing ever felt fair for Lassie and that’s an issue.

Overall, Lassie Come Home is barely even a movie so much as it’s a cinematic experiment to see how much they could get away with. The fact that the film is rated G on TV is insulting to everyone watching since this would easily be PG-13 material if you flipped the characters around a bit. Some G films certainly seem to stretch things a bit. If you want to watch a movie about a dog that is good then I would suggest checking out Under Dog or Air Bud instead. Both of those films are massive improvements over this one to the point where they aren’t in the same league. This movie focuses too much on being traumatic and ultimately that comes at the expense of plot.