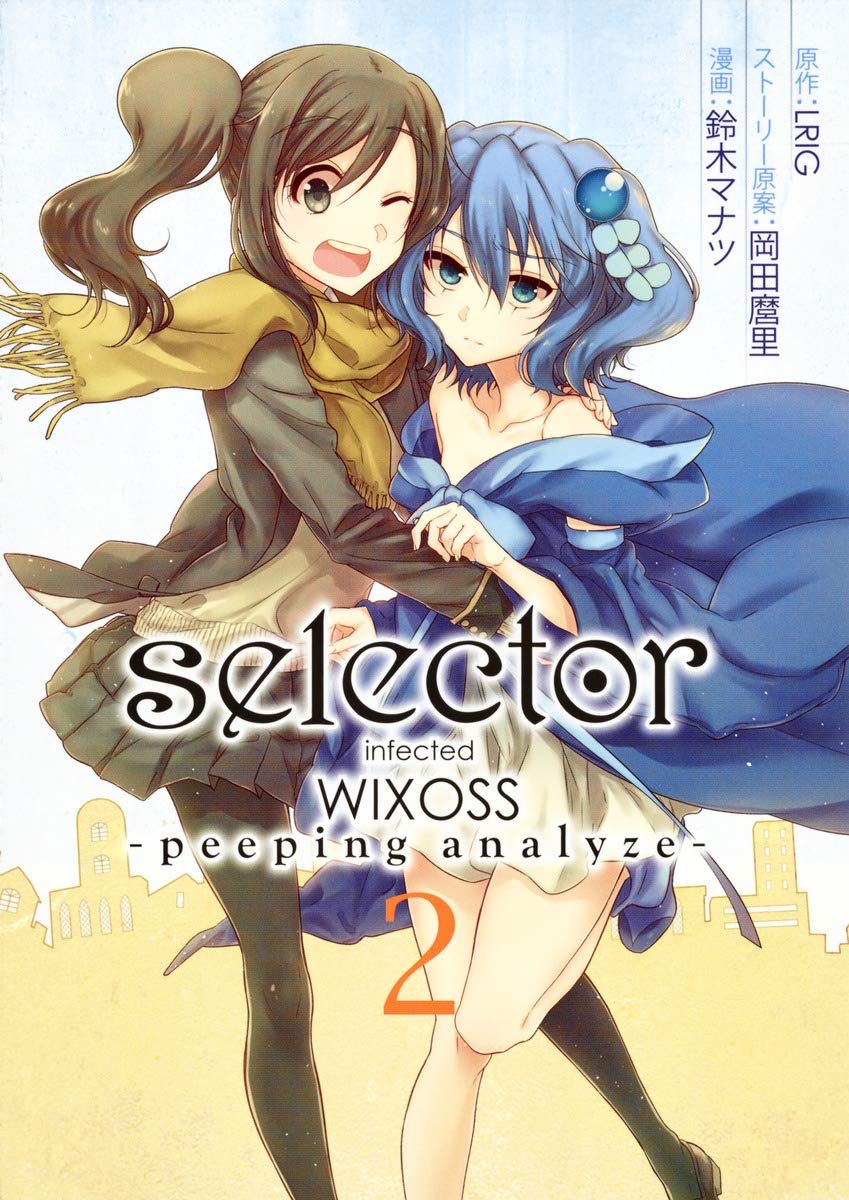 It’s time to finally check out the Wixoss manga which shows Kiyoi’s journey across the seasons. In the anime she was typically just a supporting character until season 4 where she would effectively take the lead route. So this manga really details what was happening with her through the first 2 seasons and pretty much ends before her mission in season 3. It’s a fun spinoff and I like that it adds a lot of details to her journey. Kiyoi certainly ended up with one of the more confusing story arcs with how many times she body swapped.

The manga starts out by introducing Kiyoi as a rather happy kid. She was brimming with hope and everything so you know something bad is going to happen since in the shows she was never particularly happy. Sure enough she is betrayed by her childhood friends and bullied relentlessly. She has carried this trauma with her even into high school and is unable to believe Sakaguchi when the girl attempts to be her friend.

Sakaguchi ends up being hit by a car as she throws Kiyoi out of the way and enters a deep coma. She is seemingly going to die at any point now. The only way to save her is for Kiyoi to risk her soul and join the Wixoss game. Her LRig “Remember” tells her that if they win enough matches Kiyoi’s wish will be granted and all will be well. If Kiyoi loses….well, Remember figures they don’t need to worry about that because they won’t lose of course. They will just keep on winning.

The manga is able to go into a little more detail on exactly how the wishes work which I liked. So here’s the general gist of it. If you win a certain amount of games as well as unlocking your own personal condition (This depends on the heart of the user) then you will be able to become an Eternal Girl and get your wish granted. Not all wishes are possible though as an LRig can only grant something within their power. Keep in mind that they are only human (Outside of special cases like Tama) so you can’t wish to gain super powers or bring back the dead.

That said, the wording of your wish is important. Your LRig can still go through with the contract if they believe that they are completing your wish or that they can do so. So if you wish to be rich, they can still complete the contract because they’re probably confident that they can pull it off. If they are unable to meet the conditions, then the LRig will vanish and the whole thing becomes void. That is the winning condition.

When losing, your wish reverses itself. So if you wished to be rich and lose, you will then become poor. This reversal is decreed by Mayu, the goddess of Wixoss and so her ability has no limits. She can warp reality itself so this is a very important thing to keep in mind. While wishes have limits, punishments do not. If you lose 3 times, then your wish will be reversed.

Then there’s the whole concept of the franchise as well which is the truth about the Eternal Girls. When you win, you body swap with your LRig and the LRig will live out the rest of your life. It’s why you have to be careful with your wishes and even then, you can never truly enjoy the results of your wish. Clearly there is quite a lot to think about here.

This manga is two volumes and it goes by really quickly. The dynamic also changes right off the bat since Kiyoi’s quest to save Sakaguchi ends in a few chapters. See, Remember is an LRig and a rather devious one at that. She ends up fulfilling Kiyoi’s wish to “save’ Sakaguchi in her own way. It’s one of those literal word fulfillments that will have you feeling rather dubious about how it can be allowed. Nevertheless, this leads to Kiyoi’s quest for revenge. The bulk of this manga is about Kiyoi trying to find a way to murder Remember but it’s tough since she is currently stuck as an LRig and cannot affect the real world. She needs to get a human body again, but is it worth it if she has to trick someone else through the same path? 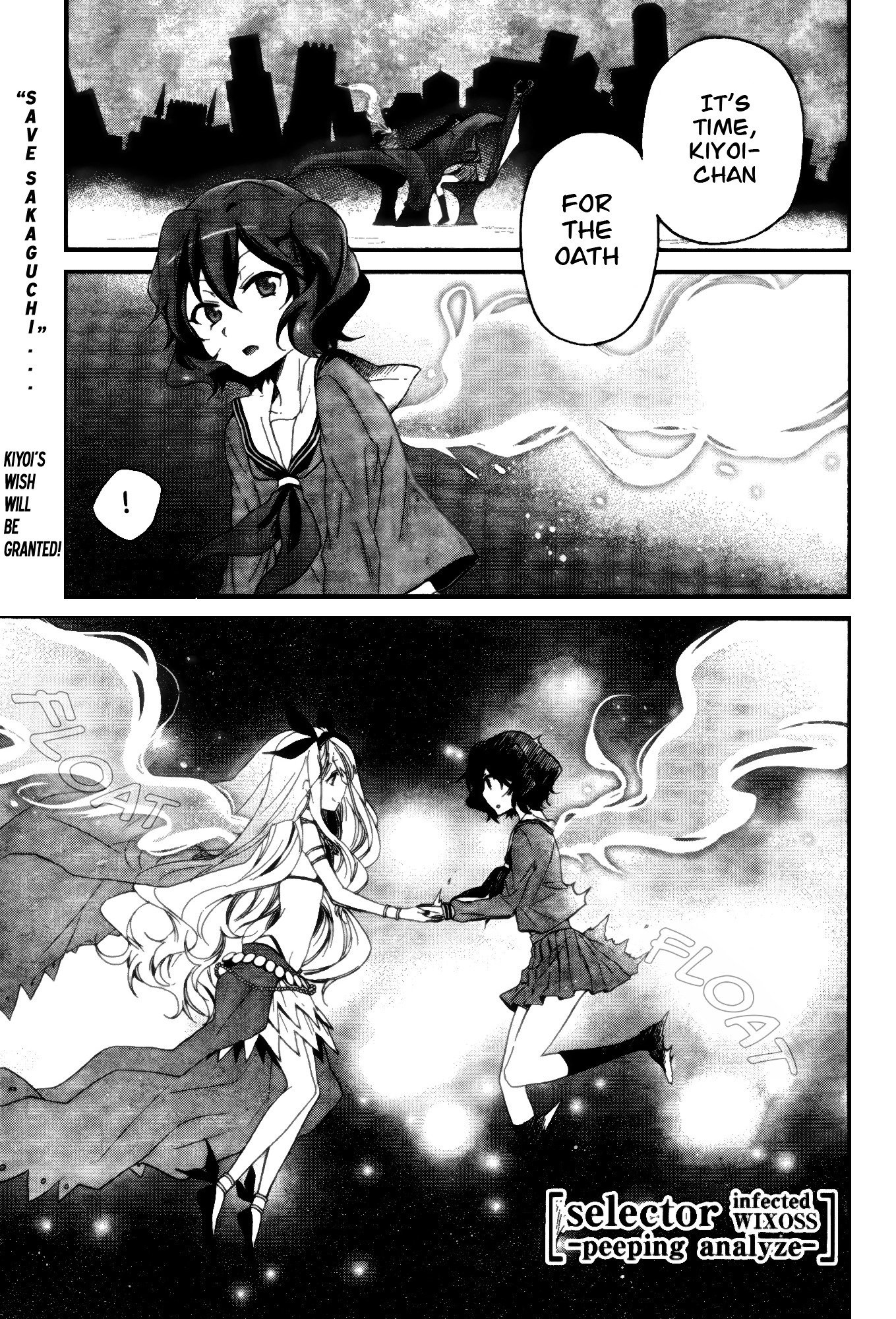 While in the anime it seemed like you would be punished if you mention the trick about winning and the hidden truths of the game, the manga makes it explicit that you can actually do whatever you like. LRigs just don’t tend to tell their owners this because deep down they want to be human again and doing so would lower the chances of that which does make sense.

Wixoss is always about testing your own morality and seeing how far you would go on your personal dreams. Each match is a clash of ideals as the only way to get closer to your goal is to knock someone farther from theirs. Additionally, when you defeat someone and it’s their third loss, then you’ve just doomed them. The very first chapter deals with that as an opponent begs Kiyoi to throw the match. It does come off as a desperate ploy to get Kiyoi to lower her guard though since that’s not something you just tell the opponent like that.

The cast is fairly small so we’ve mostly just got the core members here. Mayu is still around as the ruler of this establishment of course, but I’ve never been a big fan of hers. She really likes to throw a lot of tantrums when things don’t go her way. She has a lot of power but tends to lose control of the situation a lot as well. Ultimately that just doesn’t make her look very strong.

Aki shows up for a bit since she owned Kiyoi at one point. She was always a very fun character in the show so it was nice to see her here. She was quite powerful back in her day and we see her defeat several opponents in her brief screen time. Aki really knows how to make the most of Kiyoi’s special ability to see the wishes of her opponents. Nobody in the series was better at mind games than she was.

Sakaguchi doesn’t appear a whole lot for obvious reasons but she was a nice character. She did her best to help get Kiyoi out of her shell and never gave up. It’s a shame that things didn’t work out for her. Then you have Amika who is very similar personality wise and to Kiyoi’s shock she looks absolutely identical. You’d think that the two of them had to be twins without a doubt.

Amika has her own reasons for entering the Wixoss fight which was to save her mother who is in critical condition. It’s a story that hits pretty close to home for Kiyoi which makes their partnership rather rocky since Kiyoi is hiding a lot from her. Ultimately Amika proves to be a really selfless individual and always tries her hardest to do the right thing. Kiyoi couldn’t ask for a better partner.

then you have the main character Kiyoi who is a lot of fun. She is not one of the more emotional main characters so it can be quite different to see how she was back in the day before all of the betrayals. It’s hard to get over something like that so it’s easy to see why she acts the way that she does. Kiyoi starts to lose herself the more that these tragedies add up until eventually she meets up with Amika. Kiyoi’s plan near the end of the series was brilliant and cements her as one of the smartest characters in the series.

Kiyoi is tough and that’s a very important character trait to have in a world as rough as Wixoss. You can’t exactly trust a whole lot of people here since they’re all fighting for their own wishes after all. It’s why talking just doesn’t help since lives are at stake. Two fighters can’t come to an agreement when they’re both trying to save family after all.

Finally you have the main villain, Remember. She certainly jumpstarts a lot of the issues that the characters all have. She does a good job of acting innocent initially and playing it off like she’s completely innocent. By all accounts, Remember is a very intelligent character as well since she is able to lead different fighters to victory. It doesn’t matter who it is, her fortune telling is always on point. The only time Kiyoi lost with her was when the girl decided to go against the predictions after all.

Remember is a very memorable villain and leaves an impact on the story. She certainly gets a lot of closure here as well. Her methods were as sinister as they get but I would say she was a good villain. Ultimately Remember had a mission/goal and took steps to achieve it. She was careful all the way through and never wavered. If not for Mayu trolling a lot it’s not like anyone would have figured out what she did either. Remember was always very careful to cover her tracks.

The art is very solid here. The character designs are on point and you can follow the action with ease. It’s fun seeing how all of the characters from the show look and the artist knew how to draw them on model. It all looks like it’s directly obtained from the anime which is good for consistency. We even had a cameo for the season 1 cast. Otherwise they miss out on Kiyoi’s adventures but that makes sense since they were busy. It’s part of why it’s fun to see Kiyoi’s scenario since you may have wondered what she was doing the entire time. 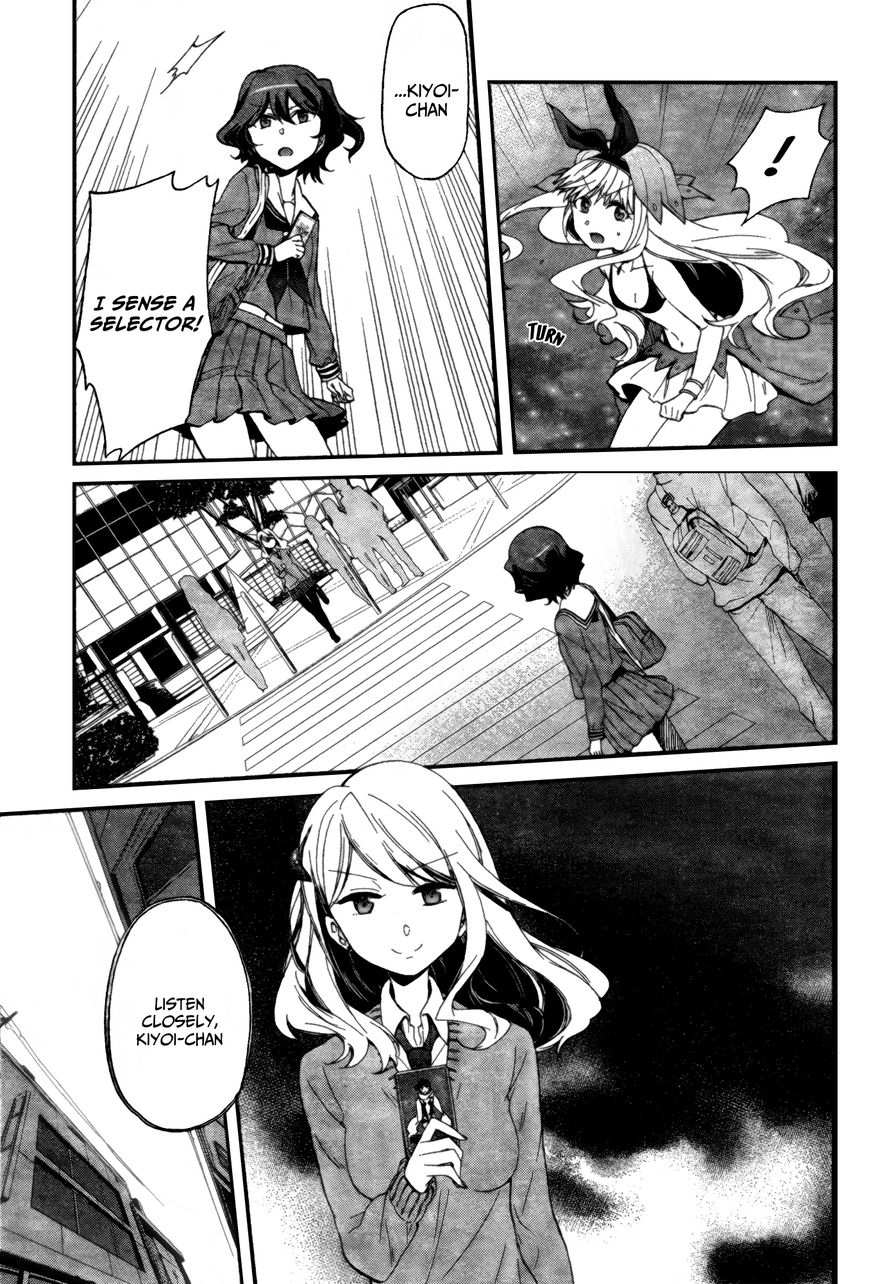 Overall, This is a great Wixoss spinoff. It really captures the essence of the game and tells a complete story. The ending is satisfying and it feels like a whole lot happens during the two volumes. Naturally it’d be nice if we got more volumes but I suppose at that point you would just be looking at a Wixoss sequel. Kiyoi had her story so now it’s time for the others to get theirs. We still don’t get almost any explanation on the Wixoss game itself. Don’t expect any rules to be explained or for the turns to even make a lot of sense. This manga is much more focused on the story outside of the game rather than on specific matches. So you can come into this as a Wixoss veteran or completely fresh and will still be able to get a lot of enjoyment out of this one.