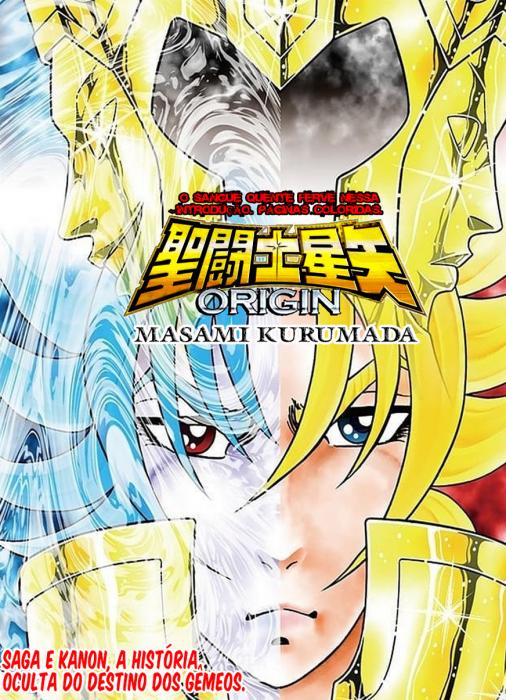 Saint Seiya returns with the next spinoff. It’s another trip to the past as we see more of Gemini Saga. It’s interesting how this one adds a few new angles to how the events played out. They’re all completely self contained too and even knock themselves out so it doesn’t affect canon much. It’s a nice way to make the journey more unexpected though so I’m certainly on board with this. Sadly Aiolos doesn’t return but I suppose he already got his title.

This title is 2 chapters long and starts out with Seiya bringing the pain to Gemini Saga. It’s the climax of the arc and Seiya has just landed the final blow. This causes Saga to remember how this all went down. In the past the Pope and Roshi have a discussion about trying to keep the realm strong since Hades will be showing up soon. They sense something sinister in the air but figure that it’s probably nothing. Roshi will be monitoring the waterfall after all so if something happens then he will be ready.

Well, one day a pair of comets appear and land by the Pope. It is Gemini Saga and his twin brother. They will make for great gold Saints but then another baby lands on the island. Roshi realizes that it is the dark star of legend, a sign that one of Hades heralds has arrived. He commands the Pope to destroy this baby..but it’s a baby so who’s gonna do that right? The Pope declines of course and the baby vanishes into thin air and is absorbed into Gemini Saga. Little did anyone know, that is why Saga turned evil and it wasn’t actually a split personality. It’s actually one of Hades’ minions…….

So that is a pretty interesting change that’s for sure. His name is Gemini Lemur and he is way stronger than Saga at least mentally so taking control of him during the saga was child’s play. He doesn’t actually get to talk in this special though as he just takes the form of smoke and manipulates events how he wants it to play out. It’s a nice concept but the guy barely feels like a character.

The more interesting subplot is with Ker, one of the highest ranking fighters in Hades’ army. I’m pretty sure she was made up for this prequel but I’m not positive. She woke up early somehow and decides to “play a prank” on Athena by summoning Lemur. She also mocks Kanon for kicks which backfires horribly on her. It was nice to see Kanon getting his hype here. With the Trident of Poseidon it makes sense that he would be pretty powerful. It also gave the prequel some action since this is more of a lore heavy story. So that was a nice confrontation. I always liked Kanon as a solid villain.

Ker is also pretty interesting. Honestly she probably should have just stepped in and destroyed Athena if she really wanted to make Hades proud. He certainly wouldn’t have been against it and this would have been an easy task with all of the infighting going around. It’s why narratively speaking it may be a little questionable to have someone so powerful just watching on the sidelines the whole time.

The art is pretty good as expected. The character models are on point and the action can look dramatic. You can tell that the fights would look good here if we actually got some of them. It definitely would have been a cool touch if you ask me. At only two chapters this series really goes by in the blink of an eye though. It’s not quite as strong as the other one but I had no issues with this story. It’s pretty interesting and hopefully they put it at the end of some kind of volume release as a bonus chapter. More people should get to see this part of the lore.

It doesn’t do the Gold Saints any favors though. I never cut these guys any slack because they haven’t earned it. Even here, Roshi has one job which is to watch the Waterfall in case Hades approaches and yet he doesn’t do anything even when Ker infiltrates Athena’s lair (Roshi doesn’t even realize this) and when the shadow comet lands by the Pope he still does nothing. What’s the point of standing guard if you will always just sit back and wait to see how it all plays out?

It was nice to have a lot of easter eggs and foreshadowing at the ready for the Hades arc though. Roshi explaining that a shadow comet is the sign of their arrival is something that did happen at the beginning of the Hades arc. Likewise, that the reason he can’t move by the Waterfall is that he has to wait for the Hades seal to come undone. Of course, it’s pretty easy to add Easter Eggs when a prequel comes out way after the series completed but it’s still nice to see. It helps everything just feel more expansive. 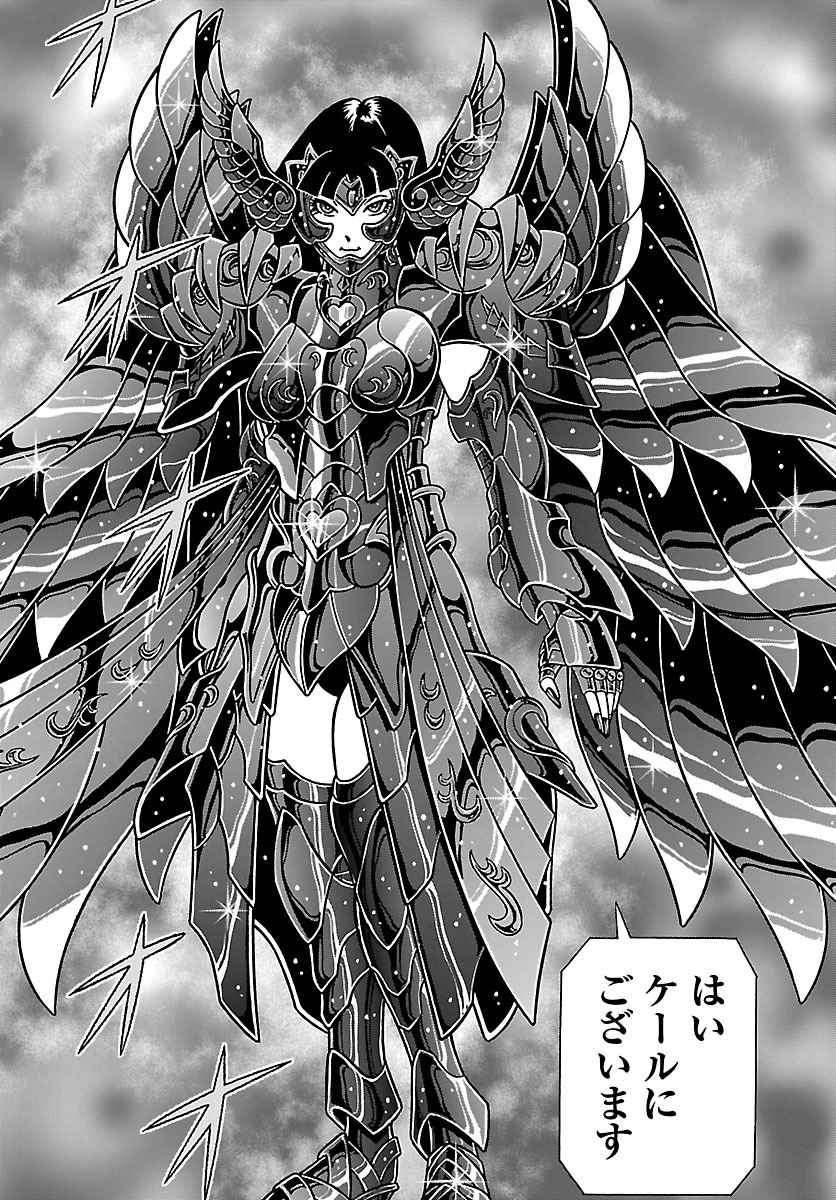 Overall, Saint Seiya: Origin is a good little story. You almost feel like a title that says “Origin” would be about the original Saints though and not how Saga got his dark side. Even in this chapter they reference the events of the original Holy War and how a lot of the Golden Saints died. They’re the ones who would need a prequel. I’m sure they’ll show up in one of the many spinoffs but a title literally called “Origin” would definitely be very fitting for those guys. Either way this is definitely another story I can certainly recommend.