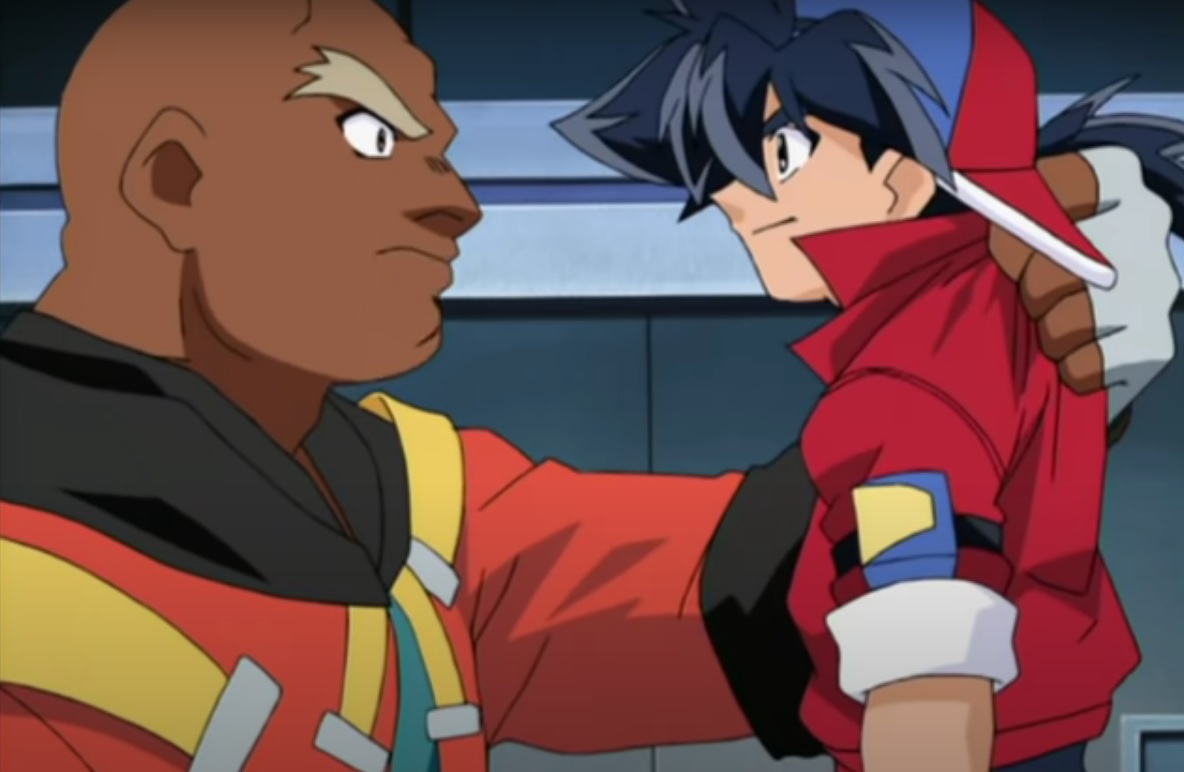 Crusher (Beyblade) may be a pretty big guy who could probably beat Tyson in a hand to hand fight but he’s not going to win in a battle of Beyblades. Tyson has way more technique and speed at his disposal as well as a more powerful Beyblade at this point. While Crusher could probably give him a decent fight, the victor would be clear. Tyson wins.