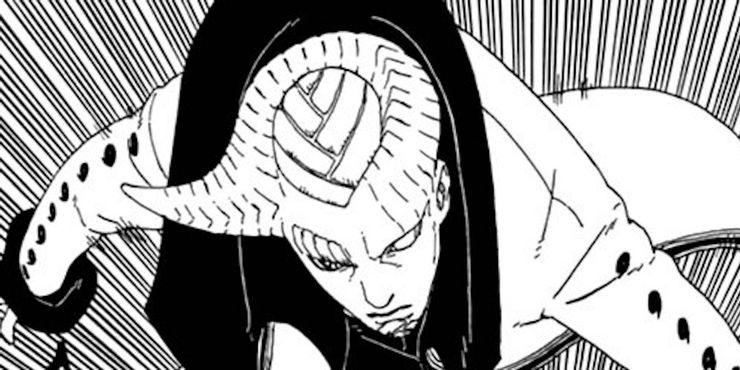 Suggested by Anonymous Minato was known as the Yellow Flash because of fast he was. The guy can move almost instantly to any place he has left a marker. It’s a very impressive skill to be sure and it makes him a threat but that’s just not enough in this round. Minato would need some powerful Ninjutsu to even make a dent in this guy. Isshiki Otsutsuki wins.