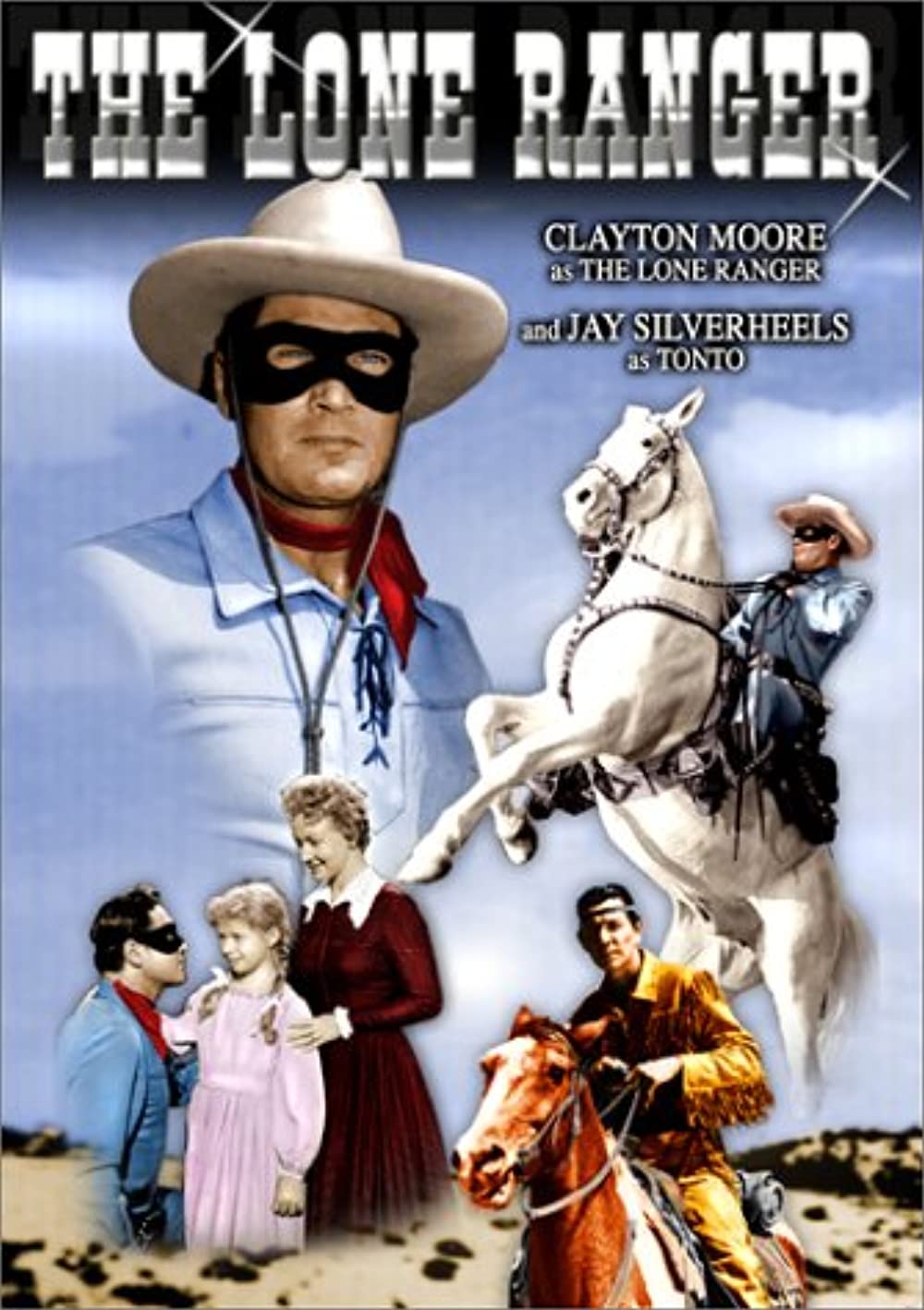 So far the Lone Ranger has not had a very good track record with the movies. I wasn’t particularly a fan of the other two versions I saw but seeing as how this is one of the original versions of the character, maybe it would have more potential. Fortunately that did turn out to be the case and in fact I would say it’s way better than the other two. I wouldn’t say it’s great but it will keep your attention more than the others.

The movie starts off by introducing us to the Lone Ranger and his partner Tonto grilling someone about the recent talk of Indians with saddled horses going around and committing crimes. There is currently a treaty in the land so that the Indians and settlers respect each others turf but this group appears to be ignoring it. The guy doesn’t know anything but refers the heroes to town. There, the governor asks the duo to take a look into this since they are the only ones he can trust. Tonto and the Ranger solemnly promise to look things over and see that justice is served.

This is one of those films where there are not a lot of likable characters on either side though. The Indians are led by Red Hawk, a man who has helped the Ranger many times in the past but he is now getting old and is slowly trying to step down as leader. The main issue is that his replacement is quite eager for battle and would jump into a war as soon as possible. If this were to happen then casualties would be unavoidable and that’s not something either side wants. Still, Red Hawk confirms that none of his men would do such a thing.

As for the guy stirring up a lot of trouble, his name is Kilgore. He’s the guy who keeps reporting these crimes but of course aside from him and his men there aren’t many witnesses. There’s certainly no time to catch any of these guys so it really becomes a battle of words which is not ideal for getting to the truth of the matter. He wants to raise his daughter as if she was his son so that she can inherit the ranch and all of his belongings someday.

Kilgore’s wife isn’t happy about this but he basically threatens her to stay silent on this. Given that this guy is a complete mob boss who isn’t above murdering just about anyone, it’s not exactly easy to get him to back down either. Of course he needs to watch his back since one of his men, Cassidy is a bit of a loose cannon. The tables can easily turn in this kind of thing.

But at the end of the day they are your classic wild west villains. There isn’t anything particularly cool about these villains. They want to grab a lot of land and conquer as much of it as possible. There isn’t really anything to their development beyond that so I wouldn’t really consider them to be all that interesting.

As for the Lone Ranger himself, it is interesting how his secret identity is that of an old man. It’s an interesting angle but it defeats the purpose when he then shows himself right afterwards. I feel like with an identity like that you need to keep it on ice a bit longer and put some distance between both of your personas so that nobody will suspect anything. If you just appear back to back then it’s very suspicious.

As an old man I suppose he intends to get people to lower their guards. It works once but as an old man instead it makes the others feel bolder at times like when the Ranger attempts to interrogate a store owner. Lets just say that it did not work in the slightest. The Ranger has a cool scene where he shoots the rope before the town can hang Tonto though.

Long Ranger is a serviceable lead. He’s not the most interesting guy I’ve seen but he’s not bad either. He wants to fight for justice and get everyone to the right outcome. It’s a classic kind of character personality. The Lone Ranger doesn’t really add anything to it, but he doesn’t take it away either so it all ends up balancing out in the end.

As for Tonto, he certainly takes a lot of the risks here. Keep in mind that all of the villains are trying to eradicate the Indians so the Lone Ranger sending Tonto on a solo mission deep into enemy territory was very risky. If the horse didn’t alert the Ranger in time he definitely would have been too late. Tonto definitely had to risk it all in order to claim victory. He fought well too, but nobody can be expected to defeat a whole town. The Ranger definitely gives his allies tough missions like that though. The instant he asks a man named Ramirez to help him out, you’ll be a little worried for that guy.

Back to Tonto’s mission though, this is really where the Sheriff looked pretty bad. He talked tough throughout the movie but when it was crunch time he ultimately faltered. He just watched as this guy was about to be hanged and didn’t do anything. The leader of the relations office tried helping so I’d give him a lot more credit than the Sheriff. It’s just hard to come back from that.

The music in the film was pretty catchy. The Lone Ranger’s alter ego had a fun enough theme. I suppose the classic hero theme has also aged well over the years. So all in all, you’ve got a pretty decent combo there. I dare say that the music is a little better than I expected. The writing is on point as well. It’s a fairly chipper adventure although at the same time, the film can certainly get serious when it wants to be. It manages both genres well.

There isn’t as much action as you might expect though. The Ranger does get to have a fist fight with Red Hawk but that’s about it. Beyond that you just have a few gunfights here and there. Surprisingly the Ranger even gets bested in one of those fights near the end. I was definitely not expecting him to get shot in the chest. At the same time, I was not expecting him to tell Killgore where his wife was hiding so the Lone Ranger really liked to surprise me.

Overall, The Lone Ranger is a franchise that tends to not really be my speed because I’m not big into the Wild West or any of the old eras like that. That said, I think this film captured the essence of the franchise a lot more than the newer films. It had enough fun dialogue and character moments to keep me entertained. I wouldn’t say there is a lot of replay value here though. If you pit it against a lot of other classic films then it would lose but on its own the film really isn’t bad. It could stand to have a little more action but it does the job if you want something quick to watch.