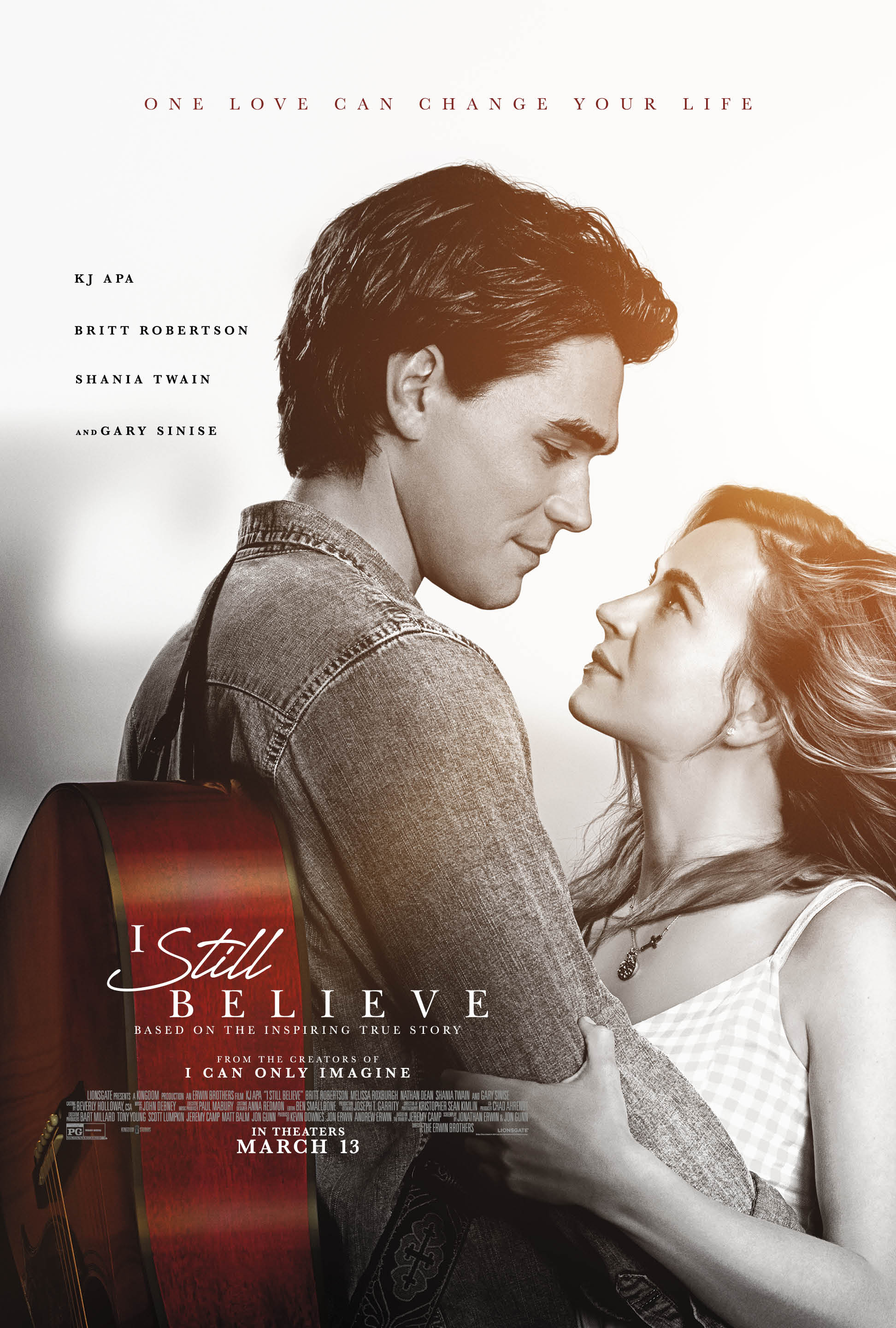 I Still Believe is one of those films where you probably already know about the true story. Due to that you know you’re going to be in for quite the emotional experience. I’m definitely more a fan of happy films from the jump so that puts this one at a disadvantage. Still, it seems to be faithful enough to the actual events which is good, at least as far as I know the real ones. There’s a lot of good music and solid writing here so you should be good, but again if you’re not up for a sad movie then you’ll want to skip this one.

The movie starts with Jeremy heading out to College to begin a new chapter in his life. He’s very interested in music and is quickly able to get backstage at a concert. He meets the lead singer Jean-Luc who quickly becomes Jeremy’s mentor. Jeremy also meets a girl named Melissa and immediately likes her. The issue is that Jean-Luc does as well. Jeremy is determined to win this round though and he’s in luck as Melissa likes him back but doesn’t want Jean-Luc to know about this since it would crush him. They have to try and keep the relationship secret but is this possible at such a small town? Additionally, Melissa may not be as healthy as she appears. Will she really be okay with all of this stress going on?

The romance comes in pretty fast and it’s rare to see a love triangle in a film based on true events. It adds an extra layer of tragedy from the start since you assume Jean-Luc is doomed from the start. I have to say that I didn’t like Jeremy and Melissa really beginning this relationship right in the sound testing room when they knew Jean-Luc was right there. There have to be hundreds of better places to have started that. I blame Jeremy for calling her over but Melissa takes some blame as well for not shutting him down there.

It is a little hard to root for the romance all things considered since someone has to lose out here. Now it’s not like Melissa was actually together with Jean-Luc so I don’t have an issue with Jeremy going after her. It’s all fair game at that point when both are available. The keeping is a secret part was a bad idea on Melissa’s part from the jump though. She never liked him either so it isn’t a rebound but they definitely should have just told him everything right away instead of just dragging this out.

The movie gets a lot darker in the second half as we find out more about Melissa’s condition and what’s going on. There aren’t a lot of points where things are ever happy in this film. Every brief happy moment is immediately met with a setback or something else happening which negatively effects the characters. I would usually pile on the movie by this point for doing this but it all happened os I can’t say the film should have changed events. That said, I would have absolutely cut out the ending. It involves a rebound and because of how quickly the ending has to move, it just feels like its in bad taste. Now that’s a romance that’s really impossible for me to root for at least based on how it appears in the movie.

Jeremy’s a good lead. He can be a bit awkward when interacting and has to deal with a lot here but ultimately he does a good job. Jean-Luc is a good rival and really did try to help Jeremy out a whole lot. He took the betrayal of trust really hard but it’s easy to see why he would. It’s not easy to get over the fact that your best friend just took your love away. Then Melissa rounds out the main cast as a good heroine. There was certainly a lot of trials that she had to go through as well.

The cast is good here and the writing is on point. The film is able to get across that this is going to be a tough challenge for everyone. I would have liked to have had some happy scenes to grab onto for the second half but I guess it wasn’t in the cards. We do get some solid music during the film though. The famous “I Still Believe” song is here of course and a few other really good Christian worship songs. The film shows that you can’t always have everything your way and not every prayer will be answered the way that you want it too. Many have become shaken in their path when their prayers aren’t answered but it’s why prayer isn’t a simple wish list to Santa. The answer won’t always appear the way that you want it.

After all, you have billions of people praying and so naturally there are countless instances of two people praying for the exact opposite things. Naturally that means one person will get their wish and one won’t. You have to accept that everything happens for a reason and everything has a good purpose. Even if it is negative for you, the outcome may help a bunch of others in some way. Just keep up the faith and the ultimate reward of Heaven is worth any measure of strife.

Overall, I Still Believe reminds you that adversity will always appear no matter how calm your life may appear to be. In those times you need to pray and seek God’s help so that you aren’t crushed beneath all of your issues. This is certainly not a feel good movie so don’t expect to have a good time here but if you need a film to help teach someone about always getting up after a tough moment and never losing faith, then this will at least help you to show an example of true loss. It’s a good way to prepare someone for the future.