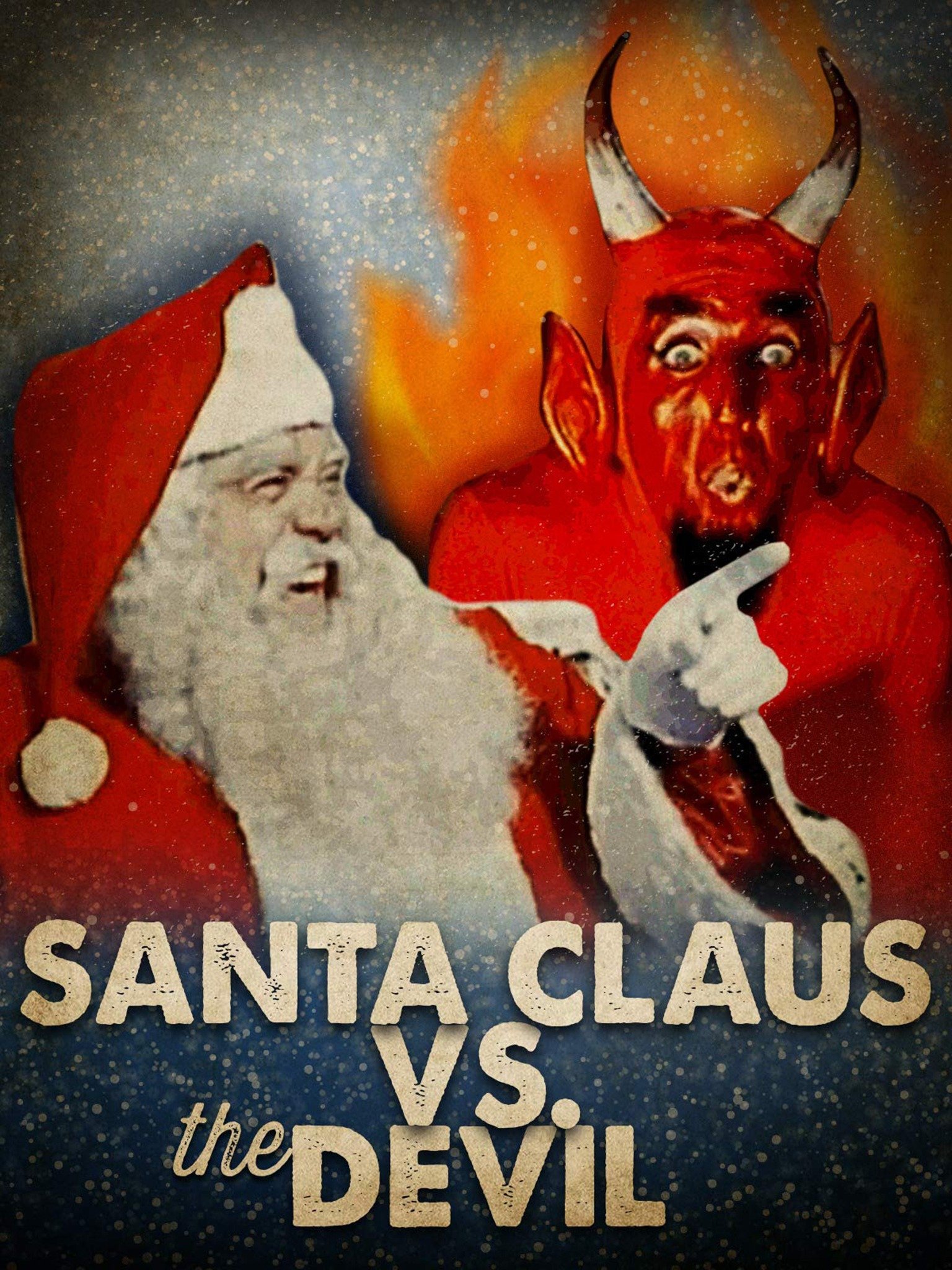 With a title like this you would really be expecting something really intense right? Well, it’s a very strange and odd film to be sure but unfortunately it doesn’t stick the landing. That’s not quite right though as that would imply that it had a good beginning. The movie started out on a low note and then it just never improved as the film went on. It’s held back by slow pacing, no likable characters, and a boring plot. When you’ve got all of these elements working against you, it is very hard to have a good film.

The film starts off with showing us Santa’s workshop. It’s a little different in this verse as his reindeer are mechanical toys, he has the wizard Merlin to help him turn invisible, and he even uses technology to get fit enough to go down the chimneys. It’s all a very different setup and instead of elves, he is helped by alien creatures who look just like kids from different cultures and customs. They help operate the telescope which can track any person’s movements on the Earth. There’s also a giant mouth that can hear anyone talking while on planet Earth. Santa came prepared at least on a tech level but the Devil has decided to stop Christmas this year. He sends his loyal minion Pitch to put a damper on things. Pitch will try to tempt various kids into doing the wrong thing so they’ll be on the naughty list. Can Santa stop him?

Well..not really since Santa just watches for 80% of the movie from his telescope. Sometimes it’s unclear if it’s Santa yelling or the narrator but they’re always panicking as Pitch goes around spinning his webs of deceit. The main kid he focuses on is a poor little girl who just wants a doll. The problem is that her parents can’t afford one and so she is tempted to just steal one. Pitch keeps trying to egg her on while Santa clenches his fists and watches in dismay. Ultimately the girl is able to stay strong even when she has a very disturbing dream about this.

I’ll give the dream some slight props for being unique. The backgrounds and little puppet creatures were a bit disturbing. That said, it loses a lot of these points right away since the scene drags on as the girl just repeats over and over again that stealing is wrong and she won’t do it. We get this by the third time she says the line but it just keeps on cycling. Pitch needs to have better material if he wants to trick the kids.

This is also a sleight against Santa when you think about it though. So he never got her a toy all these years when it was her big wish? At best you could say this was really the first year she wanted a doll and in other years she wanted something else but I have big doubts. Additionally, it doesn’t seem like she had any possessions so does Santa just not deliver to the poor? It’s almost like the film itself forgot that Santa was real and treats this like the first time he is going to deliver her some presents. That part doesn’t make any sense the more you think about it.

It’s hard to like Santa though. The guy is constantly laughing at everything to the point where you can tell that he isn’t focused. He falls for all of Pitch’s tricks with ease. Even the narrator seems surprised at times like when Santa tried jumping into a chimney that wasn’t really there. Pitch has the upper hand a lot of the time but fortunately for Santa, the guy is rather inept as well. None of them are able to really gain any ground on each other as a result and just end up being a nuisance. Neither character has a really fun Christmas. It’s interesting that Santa’s reindeer turn to dust if the sun rises though. You’d think that Santa is a vampire or something.

There are quite a lot of interesting ideas here. The only thing I can say positively for the film is that it’s a very fresh take on Santa. It really seems like he is an alien from a highly advanced planet and he wants to make the humans happy. It’s a different look on things and we know he isn’t even immortal as he explains that he is much younger than Lucifer. Some backstory into why Santa wants to help people and how he got this setup would be pretty cool. Unfortunately the film doesn’t ask any of the interesting questions or even approaches them.

A tug of war battle with Pitch and Santa could have been fun as well but it’s hurt by how every scene is so dragged out. Take the intro scene when Santa is listening to the kids all playing their instruments and having a good time. That may have been okay for a minute or two but the scene drags on for ages as we have to see literally every kid play their instruments and sing their songs. It’s all very repetitive and just not engaging. The film will have you asleep before things have even started happening. It’s a shame.

The writing is okay at least though. Santa does remember the true meaning of Christmas and brings up the birth of Jesus Christ a few times. I’ll always give a film some props for doing that rather than trying to say that Christmas is about presents and good wishes or something. No beating around the bush here so when a film directly says that it’s because Jesus Christ was born then I’ll give out some kudos. Beyond that I suppose the narrator had some fun lines. Again they’re all super obvious lines and the film has all the subtlety of a cheeseburger sandwich but at least you can tell that the guy is invested.

Overall, it’s almost like a backhanded complement but that’s about all I could do there. It’s just a shame because somewhere in this film is buried some really cool concepts that we will probably never see again. This really could have been a smash hit and yet the film is just boring. It’s really boring at times and that’s really something you don’t want to see in any film. It especially shouldn’t be happening in a vs title but here we are. If you want to watch a film about Santa Claus, you could do better with almost any other title. The fact of the matter is that this one will ultimately leave you wanting for more or for the film to end much sooner. Either way you just won’t be satisfied here.

2 thoughts on “Santa Claus vs the Devil Review”