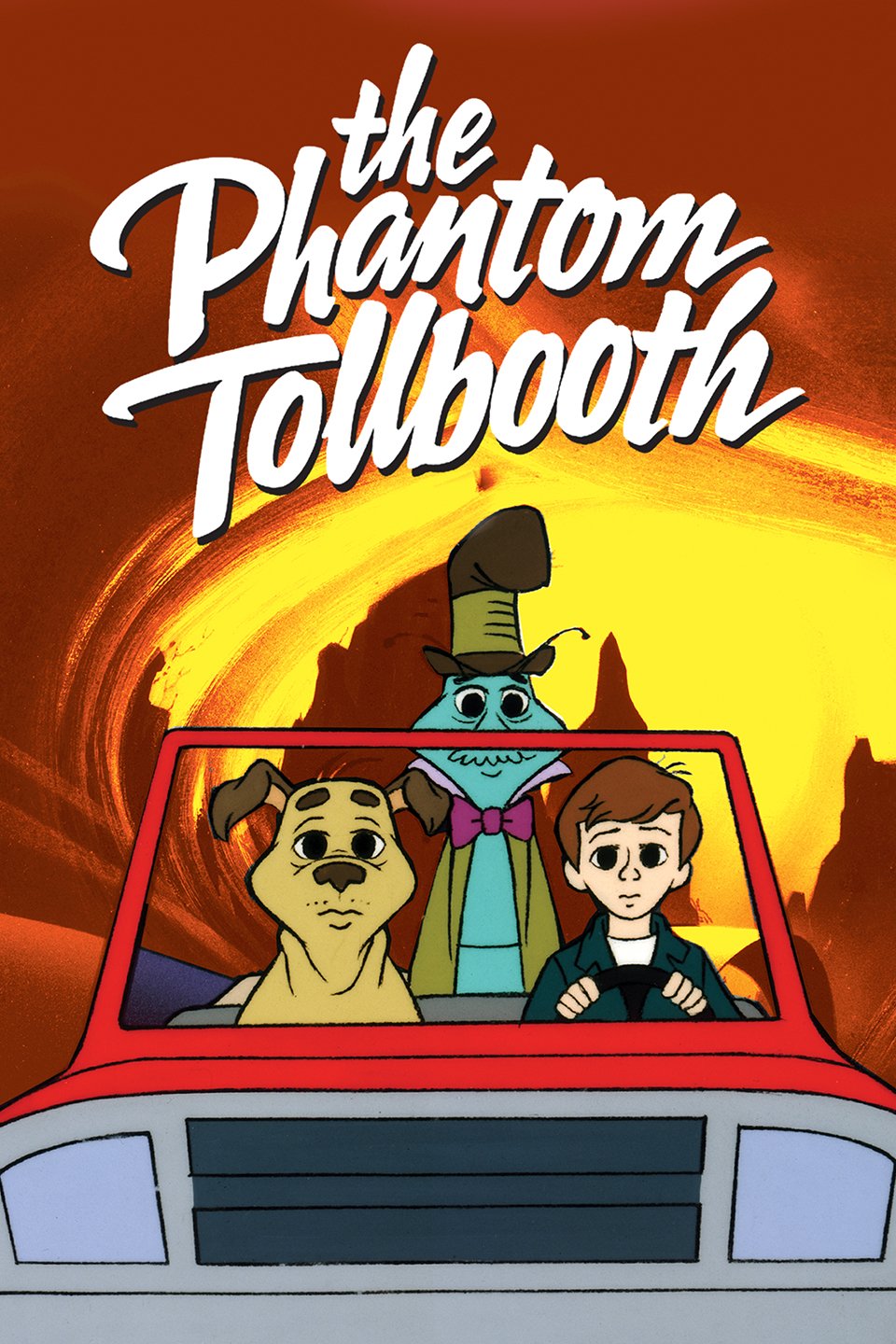 The Phantom Tollbooth is an old story that has aged exceptionally well. You’ll absolutely be having a good time with this movie because it’s really just a wholesome adventure all the way around. The movie goes by quickly and the fantasy world is constructed well. We may not be there for a super long period of time since there’s only so much you can do in one movie but the film did a good job of making it all memorable.

The film starts by introducing us to a kid named Milo. He’s bored because he doesn’t care much for school and there isn’t anything to do at home either. Milo doesn’t see the point in an education since he feels like he will never get to use any of this stuff anyway. Well, one day a box arrives complete with a car to a whole new world. Milo decides to enter it and is now accompanied by a talking dog named Tock. The world is currently at odds because the numbers and letters have had a disagreement so rhyme and reason were banished from the kingdoms. Milo needs to try to find a way to establish world peace or that could be game over for the planet.

One thing you’ll notice right away is that the film does a good job of playing with words. almost every word has another meaning here. For example, the “Watchdog” is a dog with an actual watch inside of him. The names are all quite clever and the world seems insane but at the same time it does run on a kind of system. Milo also ends up taking some of this in stride quicker than I would have expected. He isn’t spending half of the film asking what’s going on or anything like that which is always a good thing. It’s always a shame when a character isn’t able to adapt to the fantasy world.

Milo’s not a standout character or anything but he works well enough as the lead. He does his best to help the planet out. Milo does get into trouble at times to be sure but he always ends up bouncing back and doing what he can. In the end isn’t that all you can really ask for? Of course he definitely did mess up with trying to get the sun to rise and that was probably his biggest mistake. Even if he had the skills it would have certainly messed up everyone’s routine since not enough time had passed.

As for Tock, he’s a good sidekick to have around. He knows quite a lot and is pretty good about getting Milo up to speed in a simple way. He doesn’t overcomplicate the issues and just tells it all to Milo direct. You’ve got the two kings who are both suitably petty. I did much prefer the words guy over the numbers king though. Mainly because I think he has the better point. I don’t care how good you are at numbers, you definitely need letters if you want to do anything. Meanwhile you could make a strong case for numbers not being quite as necessary. Of course you do need both in the end but letters are absolutely the winner here.

From the various villains, the best had to be the Terrible Trivium. This guy really stole the show the instant he appeared. He suckered the characters into doing meaningless tasks almost immediately and his design is even rather fierce. You do not want to get on his bad side, that’s for sure. I would have liked more of a final fight for him of course but this isn’t really that kind of movie. He still did well to slow the heroes down and remained a memorable part of the film.

The Humbug was another fun character. I think just from his name you can probably guess a few things about his personality right? Well, you’d be right on the money there and he’s a nice contrast to Milo and Tock who are just having a good time being heroes from start to finish. So we’ve got quite the solid cast in this film and the writing is really on point. There’s no point where you feel like the film is dragging on or that the scene isn’t engaging. When creating a crazy world it’s certainly possible to make things too crazy so that it all feels forced but that’s not an issue here. The crazy logic makes sense in its own way and it makes for a fun world.

The movie is really low key when you think about it. It’s an adventure without a whole lot of danger and excitement but the quality writing and characters are what keeps this one on solid ground from start to finish. The movie’s ending leaves room for a sequel should Milo ever have any doubts again. I do think it was rather rude of him to hang up on his friend though. Keep in mind that his friend stayed on the line when Milo vanished which was apparently only a few minutes at best. Surely Milo could have waited so they could have both talked about their adventure right? It shows that the friend was more loyal than Milo was.

Overall, The Phantom Tollbooth is a fun film. It isn’t particularly dynamic or anything but it’s really a fundamentally sound film. If you ever have someone ask you what’s a good movie that just stands on its own without any huge gimmicks, this one’s a good example. No big action scenes, special effects, or anything like that. It’s just a good story and a fun watch. I’m not sure a modern remake would be able to do it justice but I would be interested to see how that all pans out. Also, while this film succeeded without fight scenes, I certainly wouldn’t turn them down if a modern remake wanted to add those. That could be rather fun.

2 thoughts on “The Phantom Tollbooth Review”