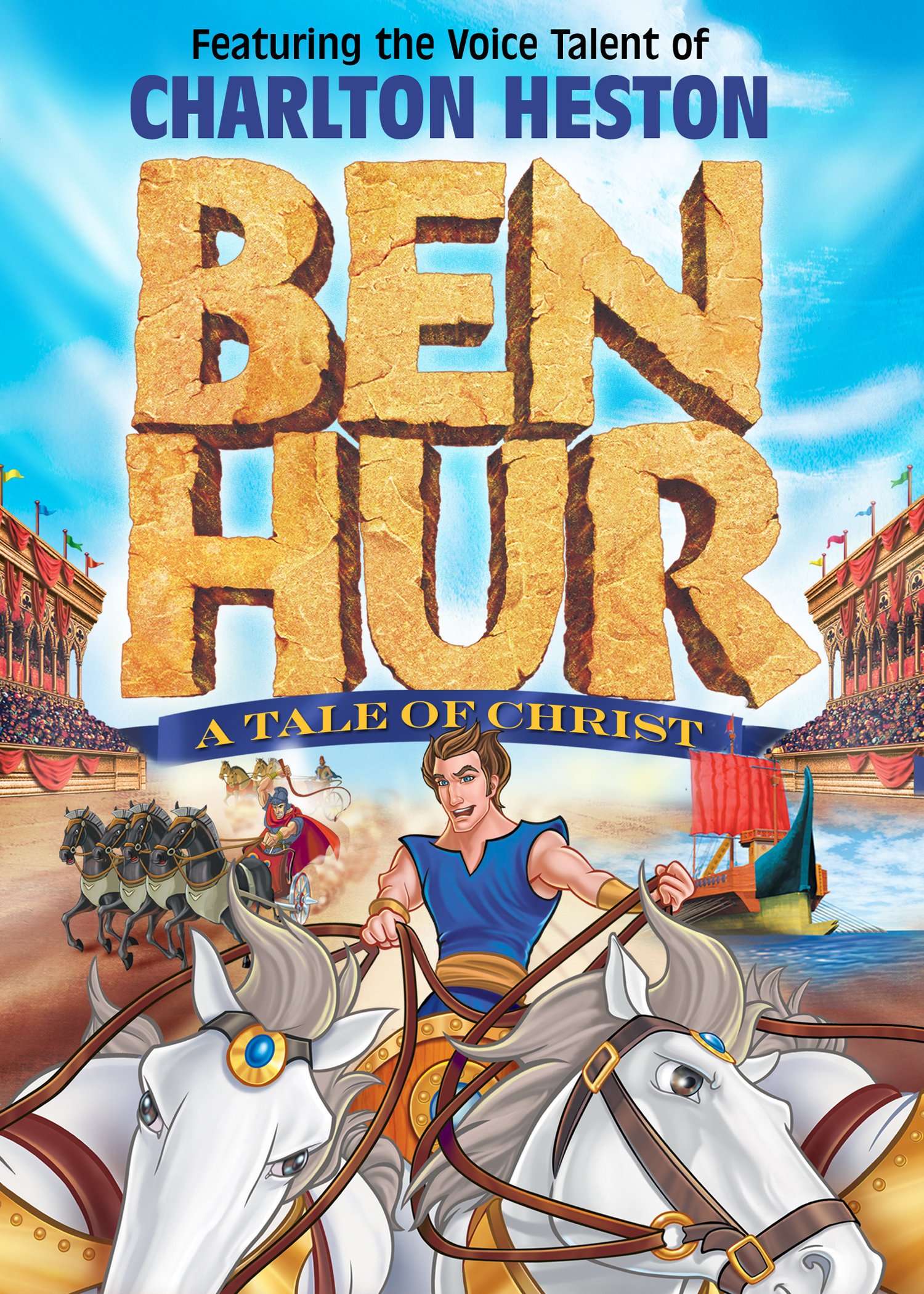 It’s definitely been many years since I saw this film so it was time to give it the re watch. The story of Ben Hur is always a classic and this retelling was really solid. It definitely feels nostalgic with how long it’s been and the animation holds up quite well. It tells the story in a really streamlined way so you get the key parts while still keeping the runtime fairly short.

The movie starts off with Ben’s old friend Messala finally coming back to town. It’s been several years so Ben is thrilled to see him, but unfortunately Messala has changed quite a lot. The guy now works for the roman empire and will even cheat at little things like a race. Fortunately Ben sees this coming and was able to win anyway. I was glad about that because losing to a cheater like that would have been quite sad. Throughout the intro Messala keeps on bragging and trying to get Ben to join him.

The film leaves no doubt from the start that Messala will be the big villain here. He even takes Ben into custody on false charges where Ben has to work for years of hard labor. With his family gone and his wealth/power stripped away, Ben will now have to really look deep within himself to find out the next steps. Should he look for revenge? Live in peace? Try to find his family? Ben has a lot of options here but will have to choose very carefully.

Fortunately Ben was blessed to meet with a lot of reasonable people throughout his journey. He got to live in a rather good environment after being washed ashore which ended up happening as a direct result of Ben refusing to kill and being a loyal ally through and through. Ben always gives everyone a fair shake and it works out here. He’s just a nice guy who follows the rules and ultimately does well during crunch time. Only at one time is he tempted for revenge by joining the army and ultimately doesn’t go through with it.

Not to say that joining the army would be bad of course but it’s clear that at that point he was quite upset and needed to calm down. Ben had been through quite a lot by this point. Fortunately he was able to meet up with Jesus Christ on two occasions who showed him the true meaning of compassion. From then on Ben had a renewed energy about himself. His journey certainly would not have had a happy ending without this faith.

Esther is the main heroine here and while she means well, I do think she made the wrong call in lying to Ben about his family being dead. Even though it was a direct order from them, it’s still not the kind of thing you should do there. A lie even with good intentions ultimately has a way of bouncing back and causing all sorts of trouble. It’s why you also shouldn’t pressure someone to lie on your behalf since it places a big burden on them. The burden of information can be a heavy one and so just because you know something doesn’t mean that you should automatically spread it around so much.

At least once the truth was out in the open then they could all be a family again. Ben’s family also did well in enduring their hardships for as long as they did without any complaints. They really didn’t want Ben to worry. While Messala was the main villain here, we also had the corrupt kind. I think the film may have gone a little too far with making him sound so whiny though. I know it’s to show that this villain wouldn’t last long and was outmatched but I think you should still make them sound tough so that you can sense the danger they’re in.

That’s why I enjoyed Messala. Ultimately he got what was coming to him but in the meantime he was portrayed as a serious threat. First he tried to get Ben on his side and then after that he did everything that he could to tear him down. You could tell Messala was evil to the core here and so he was not going to hold back. Anything he could do to put Ben in a bad spot was something he was going to do right away. He had no doubts on that.

This film also directly has Jesus Christ appear which is cool. A lot of times you don’t see films actually go this far as to have the characters witness the true events of the Bible. I can understand why many would be hesitant of course. You don’t want to do anything that directly alters the timeline or changes events but if you do it like in this film then there’s no real risk. It’s not like Ben is suddenly giving speeches to the masses or having a lengthy conversation with Jesus. This is a nice way to just have him see what’s happening though. It’s also something that would be good to normalize as a main character in a movie witnessing any historical event.

Ben also learned a lot from these experiences. He would have died had Jesus not come to his aid in the first meeting and then later on he got to learn more about the Bible and really become a Christian. It was a good way to connect everything together and to also directly have those Christian elements in the film. Ben Hur is a film that was not beating around the bush and that’s a very good thing. It ultimately adds some extra depth to the film. It takes a lot more courage to make this up front than to be subtle after all and what’s more up front than having Jesus appear in the flesh?

Overall, Ben Hur was a solid title. I dare say that I even preferred it to the live action version. The film effectively streamlines everything so you get the main points and nothing drags on. It’s also a bit more of a toned down version so you can really enjoy the horse races more. In general I prefer not to see animals in the mix at all but this film does all right there. I liked the animation and even the occasional CGI shift like when the boats are approaching. It felt like something out of a video game in a nostalgic way. If you’re looking for a solid film with a good main character that you can respect, this is the title to check out. Ben Hur’s the kind of character that can serve as a role model to anyone because he goes through so much and never falters. He ultimately uses this as a chance to get closer to God and so that made all of the trials worth it.