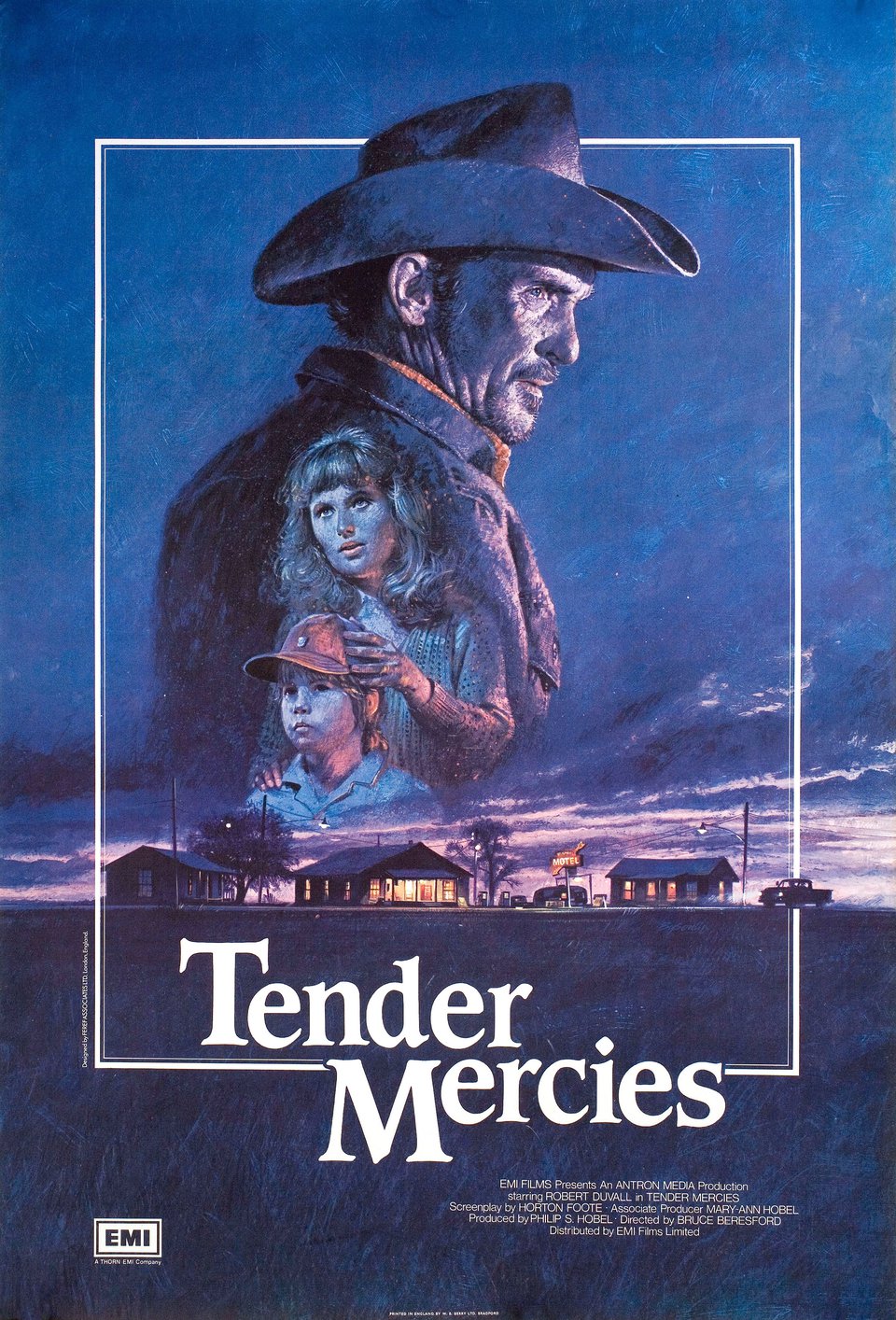 Tender Mercies is definitely a film that was better than I expected it to be. The drama isn’t overblown, the characters are realistic, and it’s a movie that doesn’t fumble the bag at the end. You’ll be treated to a complete picture here and that’s always good to see. The movie doesn’t make any big mistakes or anything like that and just makes for a consistent ride from start to finish.

The movie starts by introducing us to Rosa who is managing a gas station operation on her own. Her husband died a long time ago and so she raises her son, Sonny on her own. Well, one day a guy by the name of Mac shows up. He’s broke and has nowhere to go so she hires him on as an assistant. He gradually gives up his drinking problem and marries her. Things are going well but then she discovers that he used to be a really big song writer and now his ex-wife and daughter are nearby. Can Mac really stay away from his old career or is he about to get dragged back in?

At first you figure the movie will go through the usual motions. Mac will end up cheating on Rosa, he’ll fall back into his drinking habits, and then only by the end of the film will he realize that he did all of the wrong things. Well, none of that happens in the movie. It ends up being a much more wholesome experience than you might have suspected at first. The whole thing ends up being a lot more on the pleasant side so while it is fairly low key, you have a good time watching it.

That’s not to say Rosa and Mac don’t have their disagreements but things never get ugly. She takes the whole twist about him being a musician really well. Then you have the group of teenage fans who show up to ask Mac for advice. He doesn’t yell at them to go away, they don’t end up turning out to be crooks or anything like that. It’s just a normal exchange between the characters and then they head off. Everyone appears to be rather decent for the most part.

So in the end I liked Mac. I do think the whole romance angle is a bit weak though. Even with all of the quick time skips the whole thing feels too fast. It’s also always a tricky dynamic to marry your employer like that. It all worked out in the end of course but that was the weakest part of the film and you probably could have done without it. Then you have Rosa who did a good job in raising Sonny. She has a good work ethic and never really complains during the movie. She does her best at all times and while she may not care for Mac’s old family all that much, she still acts nice enough in the end when it counts.

As for Sonny, well I’m not a big fan of the kids in these films but he wasn’t too bad. He seemed a little more mature than most at the very least. He was also able to connect with Mac rather quickly which helped him transition into this lifestyle a lot easier than he could have otherwise. Sonny was also ready to take down the bullies when they got too aggressive. Sonny doesn’t play around with that kind of thing.

For Mac’s old family, well you’ve got his ex-wife Dixie who does not look very good here. The only allowance I’ll grant her here is that apparently Mac was pretty bad back in the day as well. Apparently he even tried to murder her once and so she completely despises him. It’s clear that she never ended up forgiving him. Since we don’t see too much into the past it’s hard to really gauge just how bad the whole situation is. So while I didn’t like Dixie, I cut her a bit of slack there.

Then there’s the daughter Sue Ann and she seems nice enough. She ultimately did set out to meet Mac after all these years had passed. Her judgment may not have been the greatest but she seemed like a nice enough person. Too bad things didn’t go very well for her. Finally you have Harry who used to be Mac’s agent but just isn’t super helpful anymore. He’s very dismissive of Mac’s song until he figures that he can get some money out of it. That’s when you see his true colors come out. He makes for an entertaining character but not someone you really want to have in your corner.

Then you have the young band who look to Mac for guidance. They weren’t bad either. I liked their determination here. Apparently they all work multiple jobs in order to have enough time and money to pursue their passion in music. They all give this 100% of their time and it has paid off to an extent. Things start to go well for them here too.

So the main reason why this movie is good is that it’s a rare look at how a lot of people are good. It seems like nowadays the movies always take a very jaded view on humanity where everyone has an angle or is a villain deep down. The characters here may not be saints but for the most part they’re all nice and doing their best to hang in there. Mac certainly had his issues but he overcame them and did the right thing. Rosa works hard in her job and keep a happy personality despite that. The gas station has a lot of visitors but none of them turn out to be thieves or crooks. It’s just a nice change of pace to have everything go fairly well.

The film isn’t without its drama and tragedies though. Bad things do happen to the cast here and they grieve appropriately. It’s not a sad film by any means but there are sad scenes. Still, you never get the feeling that the film is going to be very mean spirited after it’s been on for a while. At first you may suspect that bad things will happen because you’re just so used to it but when the film resists those urges you can’t help but feel like it really ended up being a whole lot better than it could have been.

Overall, Tender Mercies is a good film. You could say that a good reason for this is in what it doesn’t do as opposed to what it does accomplish. Either way, it’s a drama film with a lot of restraint and a film that will leave you feeling good after it’s all over. I certainly enjoyed the music as well. The lyrical songs may not be my thing but the background music is all very fitting the whole time. If you’re up for a rather low key film with a lot of emotional moments then this is the one to check out.