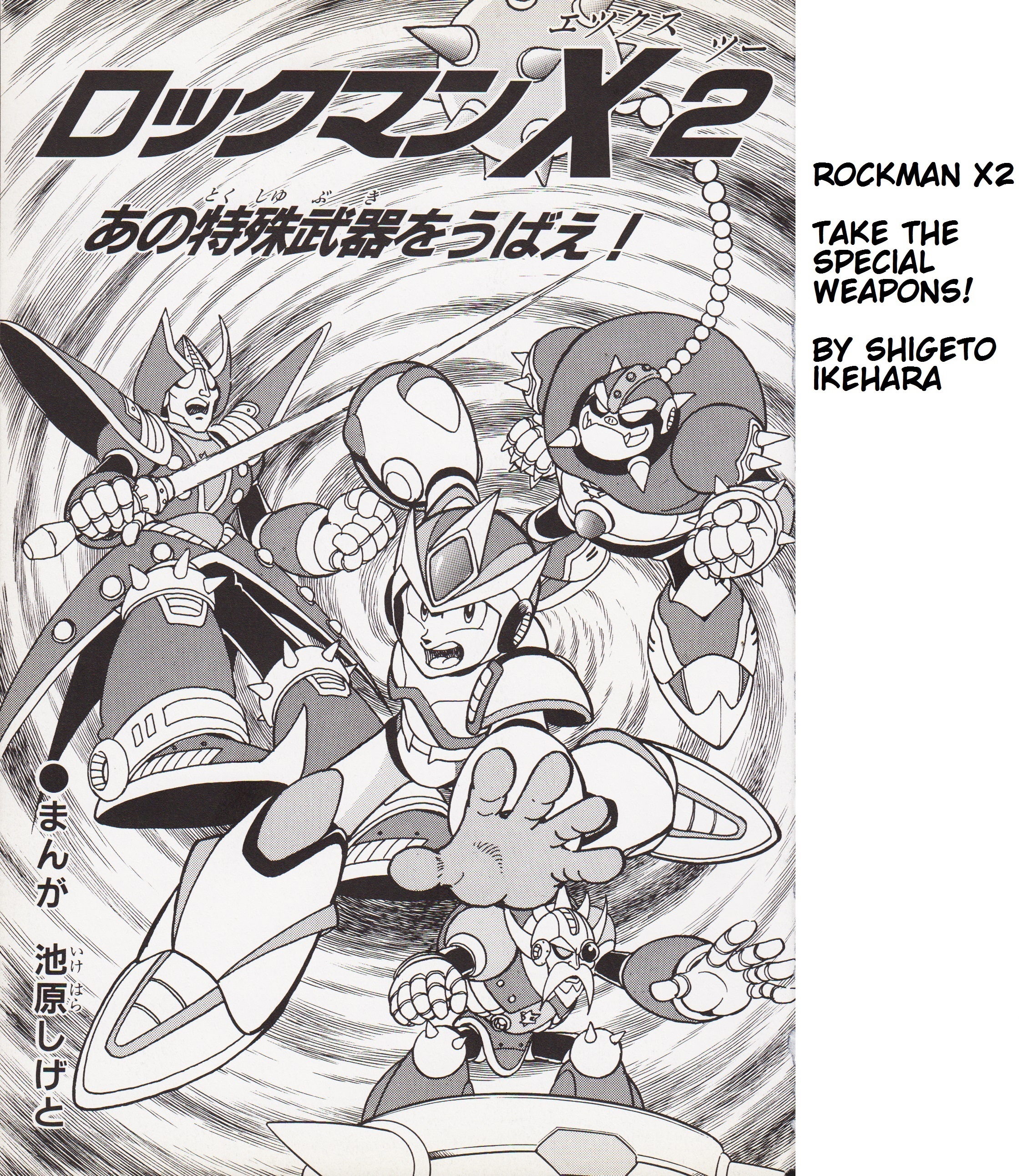 Megaman X certainly gets a lot of manga adventures. in this one we get to see him speed run through the X2 adventure in under 30 pages. It’s a pretty fun oneshot and the page count is good so there is time for him to go up against every maverick. I was glad about that, it ends up really helping this feel like a complete story although there is a cliffhanger. Probably for the best so they didn’t have to squeeze the final fight in.

So the story starts with a reploid turning Maverick and then we find out that this is widespread. Megaman must quickly head back onto the field to stop these guys. Unfortunately, the mavericks are quite powerful this time around and there is also a group of Counter Hunters who are here to put Megaman down. He will have to find a way to take them down as well as all 8 mavericks and find out who is pulling the strings here. Surely…Sigma could not have found a way to return right??

The art here is very good and captures the Megaman X style well. It was nice to see all of the old villains show up and get their time to shine. The first 3-4 mavericks to appear get the best deal as they go back and forth with Megaman for a bit and even land some good blows. It’s only the final few who are completely helpless to do anything and have to lose in a panel since the story was almost over. It doesn’t change the fact that the series got every maverick a chance to appear which I thought was really grand.

Dr. Light even has his little cameo as he helps to get Megaman his powerups to fight off these attackers. Even after death the guy kept on building things. Zero’s a no show here so it’s all up to Megaman to save the day. He’s up to the challenge though and as the oneshot ends he is ready to go and take down the next opponent. Megaman X’s not the kind of guy to back down in a fight though so that’s hardly surprising. It’s just the way that he rolls.

The Counter Hunters are a nice faction to have since they help to change up the usual format. The fact that they were even able to defeat X the first time was impressive. Its rare that someone is a match for him at all. The 3 also had some actual teamwork on their side although they forgot this in their rematch which played a big role into why they lost. They probably would have lost anyway with Megaman’s new upgrades but I’d be willing to bet that it would have been a whole lot closer. It’s a nice concept to have a whole evil group specifically designed to take Megaman down so I’d definitely be cool to see more of that in the future.

While I would like to see Zero show up, this title does a good job of showing that Megaman is really always on his own against all sorts of opponents. When there is nobody to back you up or help you out during a big battle you really have to be on guard all of the time. One change from the longer Megaman X series is that this time he usually gets to save everyone. Of course the real answer to that is because there isn’t enough time to show all of the destruction but it’s nice to see Megaman gets to end the adventure in a really hopeful kind of spirit compared to most adventures which completely break him from start to finish. Even as a true hero there are only so many times you can watch the cities being blown up before you lose some of that confidence.

Overall, This adaption of Megaman X2 was pretty solid. It summarized the events of the game pretty well and the Counter Hunters made for solid villains that shook up the format a bit. All in all, that made this a pretty fun experience from start to finish. Whether you’re a Megaman fan or not I expect you’ll get a lot of enjoyment out of this one. Who doesn’t like a classic Megaman story right? There’s not a whole lot more to say about the story because it is very direct in its nature. It’s just a high quality action story that anyone can have fun with.