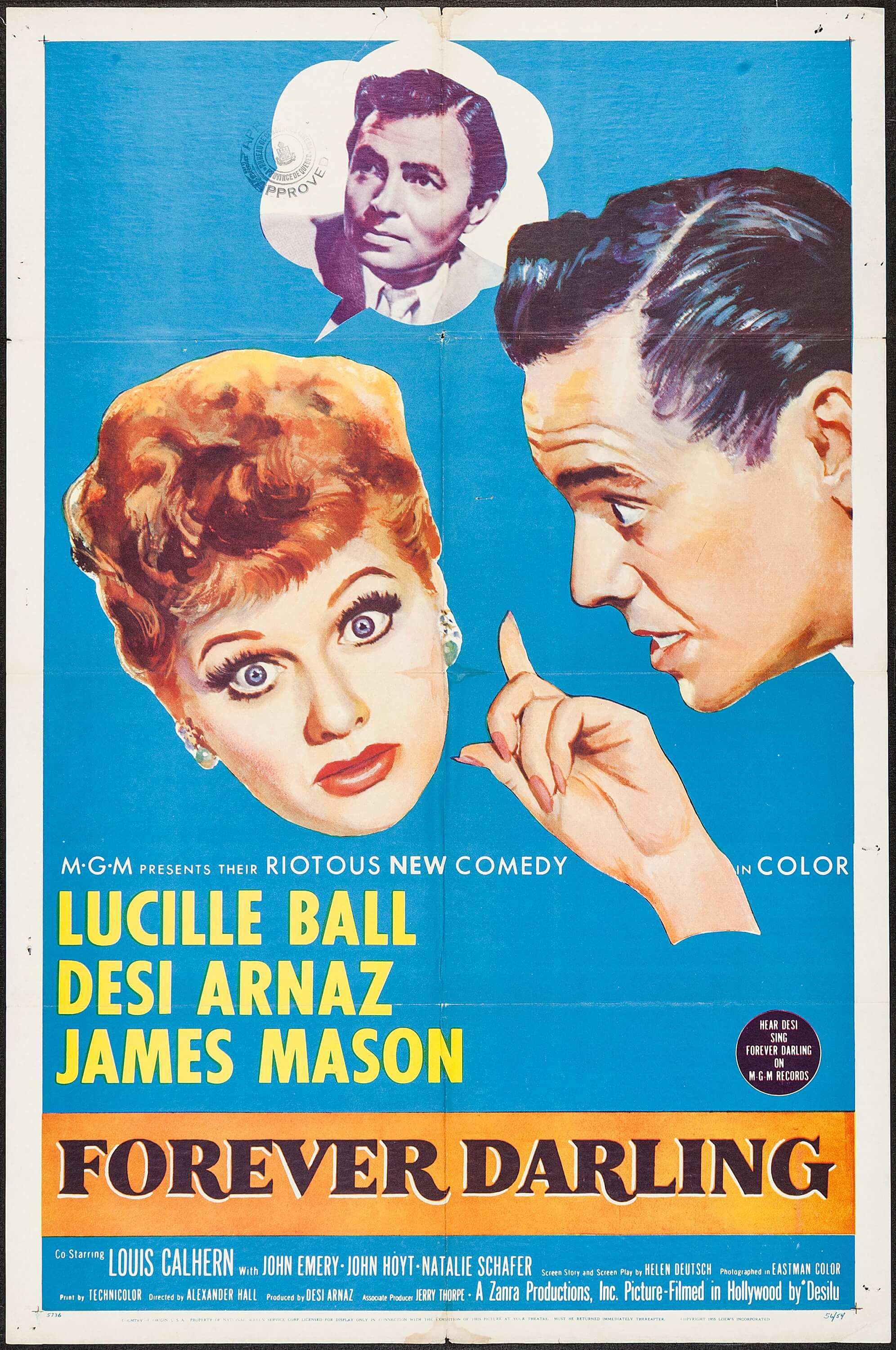 Forever, Darling is definitely one of those old school comedy films which isn’t afraid to get really crazy. It feels like the movie just keeps on changing the scenery and having the characters go from adventure to adventure. As a result it’s a film that’s very busy in a good way so you won’t get bored or stop being entertained. I had a good time with it. I won’t say it’s a game changer in the genre but sometimes you just want a classic comedy film and this one will do the trick there.

When the movie starts the two leads are not in a great spot. Their marriage used to be incredibly strong but over the years they’ve grown tired and each person is doing their own thing. I would say they’re still in a fairly decent spot but the main disagreements come from the fact that Lorenzo does not get along with any of Susan’s friends and he tends to take shots at them causing a bit of a rift with Susan. Unfortunately Lorenzo’s job causes him to not be at home very often and it deals with bugs so it’s not really Susan’s cup of tea. That’s when a guardian angel shows up to put the fear into Susan and help get them together again. Will he end up being helpful or just get in the way?

The summary may make it sound like this guy’s the main character but honestly he doesn’t do as much as you would expect. In fact I dare say that he does get in the way most of the time. Seriously his stares and popping in randomly only serve to create more misunderstandings. After all, only Susan can see him and she is not very good at being subtle on this. In fact she is extremely slow on the uptake I would say as she puts herself in so many bad situations. Eventually she stops calling attention to herself but that takes a long while. I still think the Guardian Angel could have helped out more. The only message he really gives is that Susan needs to follow Lorenzo through thick and thin instead of going on her own path.

In fairness, I do think Lorenzo tended to be on the right in these things. Susan’s friends would always be badmouthing him right from the start. From how the film picks up it certainly seems like they tend to start the fights so I can see why Lorenzo would resent them. They are always giving Susan a lot of bad ideas and the problem is that they are always at home so they have hours to trick her while he is away. Getting away from those guys is the best decision he could have made. Perhaps he could have been more subtle in his insults but isn’t it better to say something directly than to beat around the bush? I’d say that’s true in many instances at least.

Lorenzo’s also just a fun character. Naturally he and Susan have their share of issues but most of the time you’ll just see Lorenzo laughing and having a good time. He tends to see the bright side of things and it takes a lot to get him upset. Susan definitely pushes him to that level but I thought he was really patient up until that point. It just so happened that even he had a limit by the end and when your whole experiment is ruined and things have been going wrong nonstop, it’s easy to see how that would happen.

Meanwhile for Susan, I’ll give her points for trying her best to take an interest in what Lorenzo does. She may not really understand a lot of it but the attempt was certainly made. Additionally she did go with him on the trip and left her friends behind. Unfortunately she just tends to make a lot of mistakes and this was all amped up with how comedic the film was so she tended to make a big mess of everything. It certainly did not help her bond with Lorenzo more. If she had just ignored her guardian angel when he was in the background she could have made this film a whole lot shorter.

Ultimately Susan’s still a good character but she just made things really hard on herself. There weren’t too many supporting characters to note. Of course you had Susan’s friend who was always being very dramatic. She works well as an antagonist I suppose. Susan’s father was at least always on hand to try and help Susan explain her side of the situation. I thought he was a good character who at least meant well the whole time even if his explanations didn’t always serve to help matters at all.

I’d say the biggest positive for the film is that its so chaotic the whole time. You’re in for a roller coaster experience and while the movie may not be very realistic or anything, it’s the kind of light hearted comedy that makes for a good watch. The movie is interesting from start to finish and you go through the story beats quickly. I personally wouldn’t have minded if the characters stayed around the house instead of heading to the great outdoors but that’s just how the plot went. I would even say the dynamic is strong enough where the plot could have gone in many different ways while still being effective. That’s when you know that you have two solid characters here.

Overall, Forever, Darling is a fun film. It’s a fundamentally sound movie that doesn’t have any real weaknesses. The characters are good and the writing is on point. The humor tends to land more than it does not. Sometimes the jokes can be a little stretched out but when you’re running with a quick pace like this film you’ll likely forget all about it in the next scene. The long jokes are more the exception than the standard, most of the jokes are quick so we can jump onto the next one. The main characters are put through a lot but ultimately the ending is satisfying and you’ll have a good time with this one.