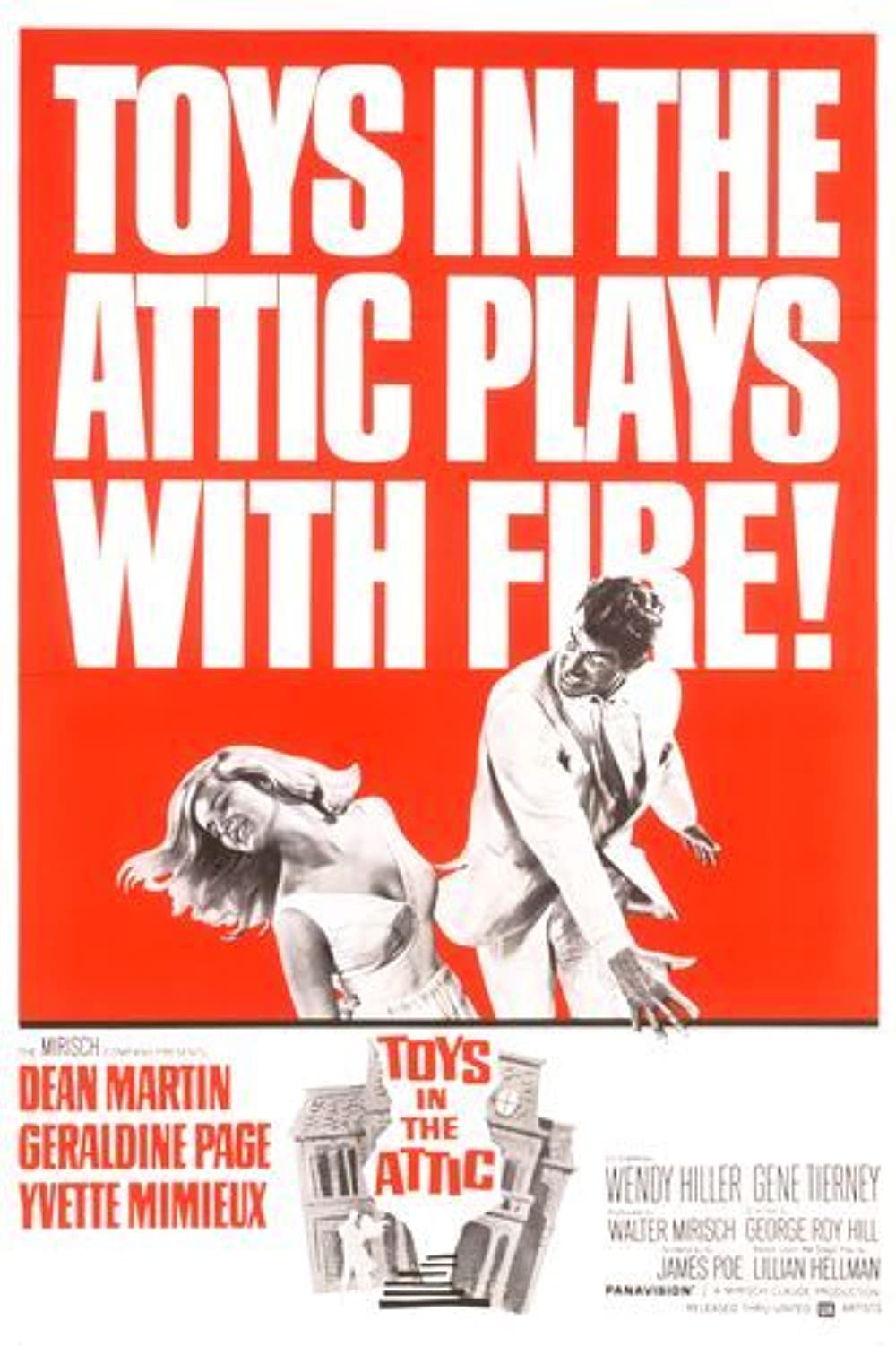 This film doesn’t actually have a bunch of toys running around so if you thought that was going to happen then you can dispel that notion right now. It’s definitely a rather serious drama film with a bunch of characters making the wrong decisions all the time. The ending isn’t very satisfying and so while this movie could have ended up being good otherwise, it wasn’t quite able to make it across the finish line.

The movie starts off by introducing us to Carrie and Anna who have received word that their brother Julian is heading home along with his wife Lily. They are a bit concerned since Julian only ever seems to come home when he is in serious financial troubles. Carrie seems to almost be happy about this though while Anna figures she’ll play it by ear and see what happens. Well, Julian seems to be rich somehow as he starts spending a ton of money and getting them all kinds of new things. He is rather dodgy about how he got this money too. Should the sisters be concerned or maybe this is actually a good thing?

It’s no surprise that the characters are concerned with the amount of money that Julian has. After all even his wife Lily doesn’t know anything about it, but she has her own suspicions. Her parents are rich and so she has had this feeling in the back of her mind that Julian only married her because her parents paid him off. This feeling now starts to get a lot more serious with how much money he has. Her lack of self confidence really gets her into a lot of trouble time and time again. Ultimately you have to press on and believe in yourself because if you don’t then other characters will take advantage.

As a result I can’t say that I liked Lily. She was portrayed as not being very smart and this backfired on her several times. If she had just thought things through then it would have helped out a lot. Meanwhile I didn’t care for Julian much either. There are so many ways he could have made the situation easier on everybody. For example, letting Lily know what he was up to would have been a whole lot better than constantly holding secrets. If he felt that he couldn’t trust her then that’s a massive issue since you have to be able to trust your wife.

I also thought he was out of bounds in getting his sisters fired since he didn’t want them to work anymore. That’s absolutely their choice and it should remain that way. Even I thought Julian was going to be the big villain here for a while because of how he was acting. The guy just didn’t think anything through and when you mix that in with the suspicious circumstances of becoming rich then it’s hard not to connect the dots.

Carrie is a pretty bad character all the way through too. She really wants Julian to be dependent on her to the point where she is basically rooting for him to fail at every turn. No matter how you slice it, that’s not something that a truly supportive person would think. We also find out that she is rather twisted and crazy by the end of the film with her warped desires and so there’s no way to like her. She is just around to get in everyone’s way the whole time.

While most may like Anna as the more reasonable character, I didn’t care for her either. The big tipping point for me is how she is not brave enough to take a stand near the end. She knows the truth of a certain incident and then opts not to make a single move. Fortunately one character figures it out at the end but she was just going to stay silent all the way through to the ending. I thought that was very regrettable because someone was almost let off scot free. Now that would have been a true tragedy and it’s hard to just let a scene like that go.

In a way that means I didn’t really like any of the characters here. Well, I liked some of the supporting characters. Lily’s parents seemed reasonable. You could tell they meant well even if they weren’t very great at explaining their feelings. It seems clear that they just aren’t used to having to discuss things and explain what they mean since they’re so rich. At the very least they tried setting Lily straight but ultimately they weren’t convincing enough for her.

For the most part this is a very mild mannered slice of life kind of drama but there is one surprisingly violent scene near the end. The stakes definitely rose quite a bit in an instant and the whole thing is rather tragic. You’d almost think this turned into a different film for a minute there. The actual act itself isn’t surprising as the heroes were worried about a gang leader for a while but you just figure it’s not going to happen or it’ll be more of an off screen moment. It makes things all the more annoying with how passive some of the characters were.

While the ending tries to go for a satisfying conclusion where everyone has a good ending, I feel like it’s a little too late. It’s definitely not going to be a very happy ending no matter how it plays out. It could certainly have been worse for them no doubt and they’ll be grateful to get this far but it just wasn’t the ending I had in mind. The film in general wasn’t nearly as good as it could have been. The writing is good and some of the story ideas are interesting but the villain gets away with way too much. The villain’s motivation is also extremely weak and I’d take almost any other motivation over that one.

Overall, Toys in the Attic is not a film that I would recommend. To be a good film you really need at least one likable character but all of the main characters had big character faults that hold them back. Julian at least could have been a good character but he handled the situation poorly at almost every step of the way. The film doesn’t go into this but once we learn how he got all of this money, it makes him look even worse. He really should not be flaunting it everywhere and acting like he’s super rich since evidently that would put someone else in big trouble. It’s definitely a good reminder to be careful on how you act once you become rich all of a sudden.