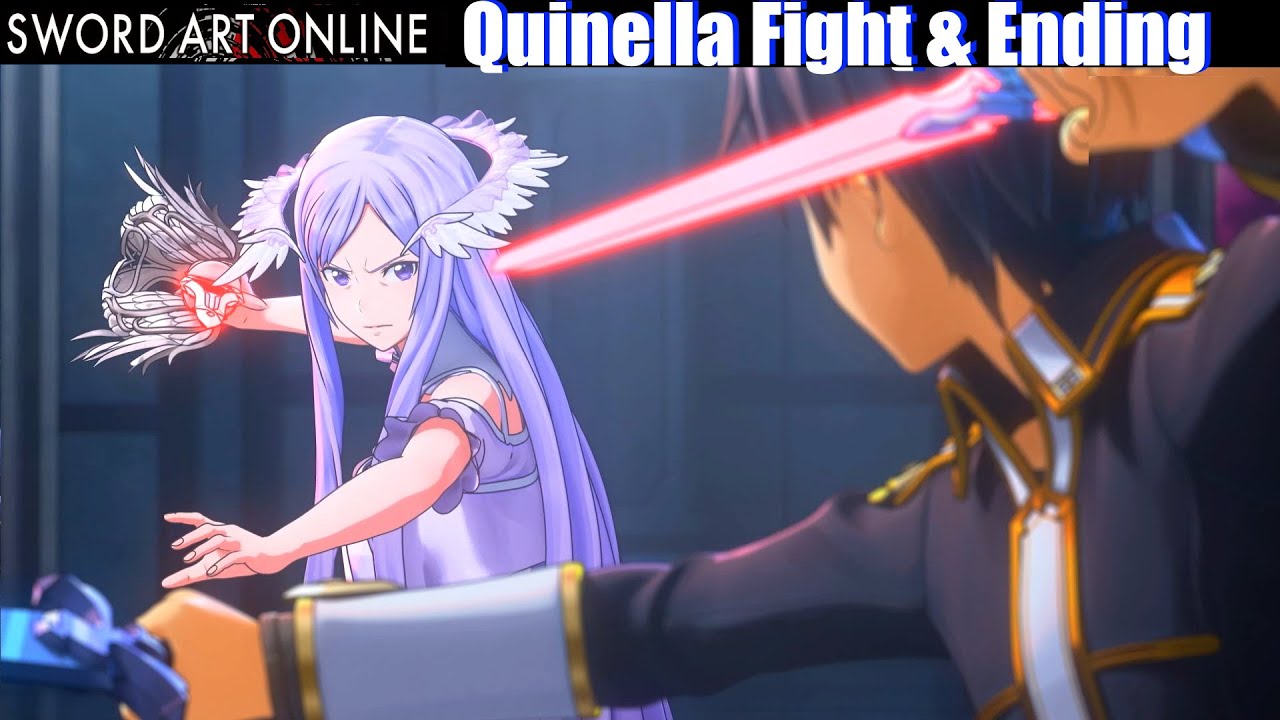 Quinella is a powerful fighter and ended up being one of the biggest bosses that Kirito had to face. Still, our twin bladed swordsman is certainly up to the task. As powerful as Quinella is, Kirito ultimately outranks her in all stats. It is unlikely that she will ever appear again to receive a big power up and so she would be losing ground as long as the series keeps going since Kirito continues to grow stronger. Kirito wins.