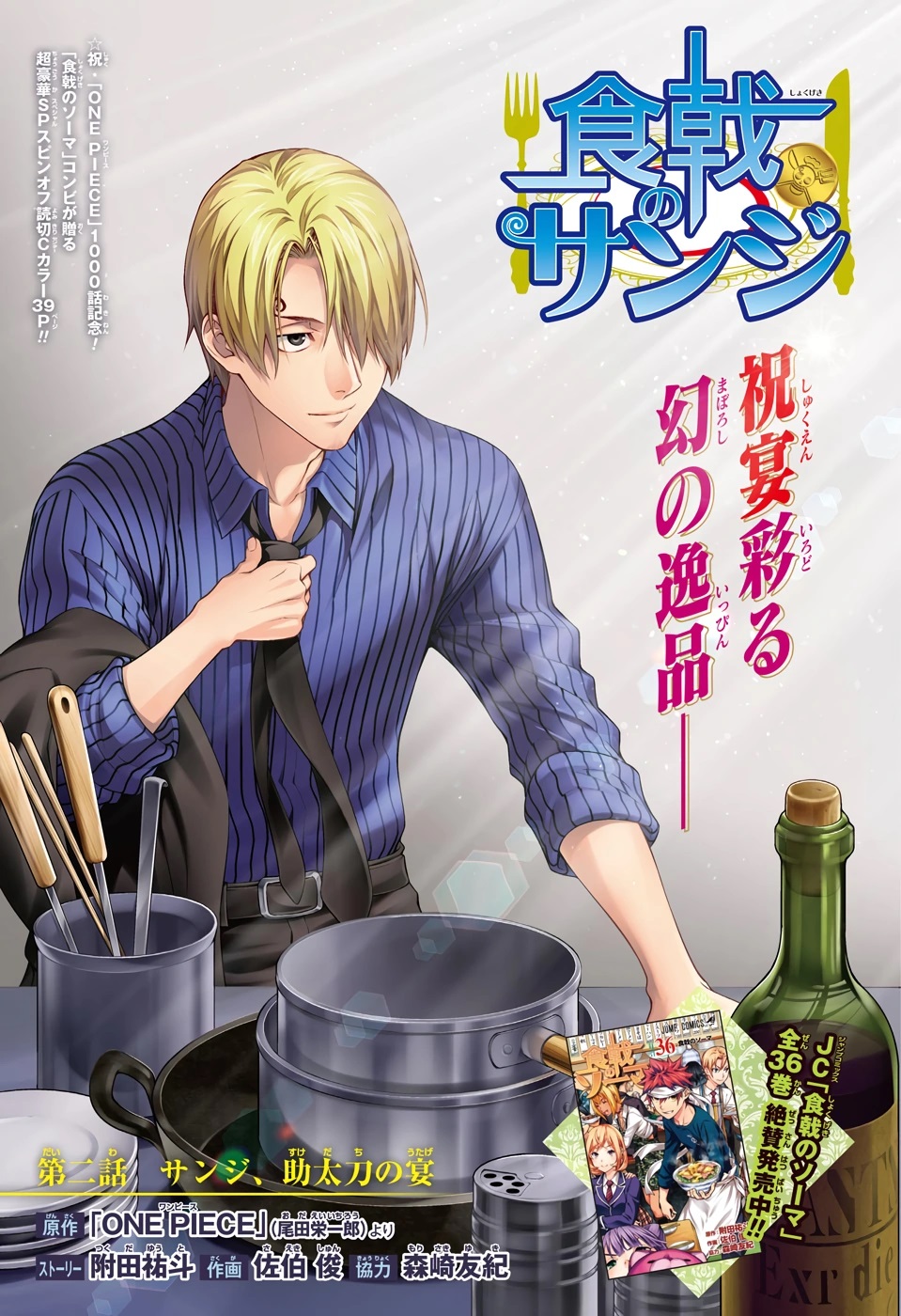 One Piece is one of those titles that’s so huge you’d expect there to be more spinoffs than there actually are. Still, it was about time that Sanji got his own and with a full 6 chapters, that ended up being a fairly decent run. We get to see a day in the life of Sanji across several different arcs and fans of his character will be thrilled about all of his extra screen time. It helps that he looks pretty great in all of the stories. You can definitely expect him to come out on top with his expert cooking skills. Each story is stand alone so it’s an easy one to just pick up at any time.

The first chapter is fairly straight forward to introduce Sanji to the general audience. A world class food critic appears on the restaurant ship and she threatens to shut the place down with her reviews if the food isn’t top notch. She seems to have a lot of contempt for the place so Sanji is eager to change her mind with his top tier cooking. We get to see how bold Sanji can be when it comes to the food and he isn’t going to back down here. Sanji lives by a lot of rules of honor regarding food which is that it must not be wasted and he will feed anyone, even if that person is a villain.

Of course his food turns out great and she ends up being conquered by the excellent taste. The chapter really goes into detail showing us just how good the food looks and all of the preparation involved. This artist’s really detailed style definitely works well for that. I feel like it must take a lot longer than usual to draw like this but either way you have to give the artist a ton of credit here. Give a bunch of people any amount of time and they could not possibly match this style. It’s just super impressive.

The second chapter actually has the Strawhats be around a little more. A guy shows up with a super hard animal to cook, some kind of advanced eel. It’s so tricky that no ordinary blade will do so Sanji is forced to ask Zoro for help by borrowing his blades. I thought it was a nice teamwork moment and also showed that Zoro would help him out. At the end of the day they may be rivals but they are still on the same side and Zoro hypes him up a lot. It’s a very wholesome chapter for that reason and Zoro even says that Sanji’s a good cook. I also thought it was nice how Zoro endured the food explosion so his clothes didn’t blow up the way that everyone else’s always does. That’s why Zoro is the power hitter of the group. The stakes aren’t as high as the other chapters but it was just a nice chapter.

In the following chapter, Sanji and friends are preparing for their big banquet after stopping Crocodile but some petty bandits prevent the supplies from getting there in time. Ultimately the cooks are kind of doomed so Sanji steps in to save the day because he’s a true trooper. He is able to make the best use of the rations in order to make some great dishes and doesn’t even ask for thanks. It’s one of those times where Sanji is just being a really good guy and that’s reward enough for him. Again, you can see why I like Sanji here because he’s just one of those ultimate heroes who helps everybody out.

The 4th chapter is definitely one of the more crazy ones. Sanji is stuck on the island with Ivankov’s gang and the only way to get out is to get a bunch of recipes. If they catch him then it’s game over so he has to try and make the best recipes possible. It’s difficult but not impossible for someone like him. So the big challenge this time is trying to make recipes on the go while constantly moving. It’s got to be the toughest battle in this mini series and also the highest stakes because losing would be really rough for the guy. It’s not nearly as solid as the other chapters in the end. The villains aren’t really my kind of characters.

Then we have the 5th chapter where Sanji heads to Wano. Unfortunately there is a ramen villain who is cheating everyone with his ramen and not letting other people make their own. Sanji challenges him to put this guy out of business but the deck is stacked against him so it won’t be easy. It’s always nice to see Wano show up. This chapter was fun because we finally had one of those corrupt villains to beat up. Perhaps not physically but we get to see Sanji humiliate him in a food contest and that’s just as good. Never mess with an honest chef! Yeah this was a satisfying read.

In the final chapter, we get to go back in time to Sanji’s origin. The first time he was able to make a dish for a customer. Basically some ladies thought he was a really nice guy and asked if they could eat something he prepared personally. He’s thrilled to do this but his colleagues aren’t as happy and decide to sabotage him by hiding the ingredients. Will Sanji still be able to make it or is this game over for him? I feel like those guys got off really light here because messing with food like that is a huge taboo. Especially since they would be costing this place a lot of money.

Fortunately Sanji is a pro no matter what dish you get him. He never gives up and is always thinking of ways to get by. It’s clear that he earned his way to being the top chef on merit and he takes it all very seriously. This spinoff manga really got to let him shine because his usual vice of being obsessed with the ladies doesn’t get to be much of a factor here. Instead his cooking skills are played up which is good because that’s the best part of his character. It’s exactly what you want to focus on. 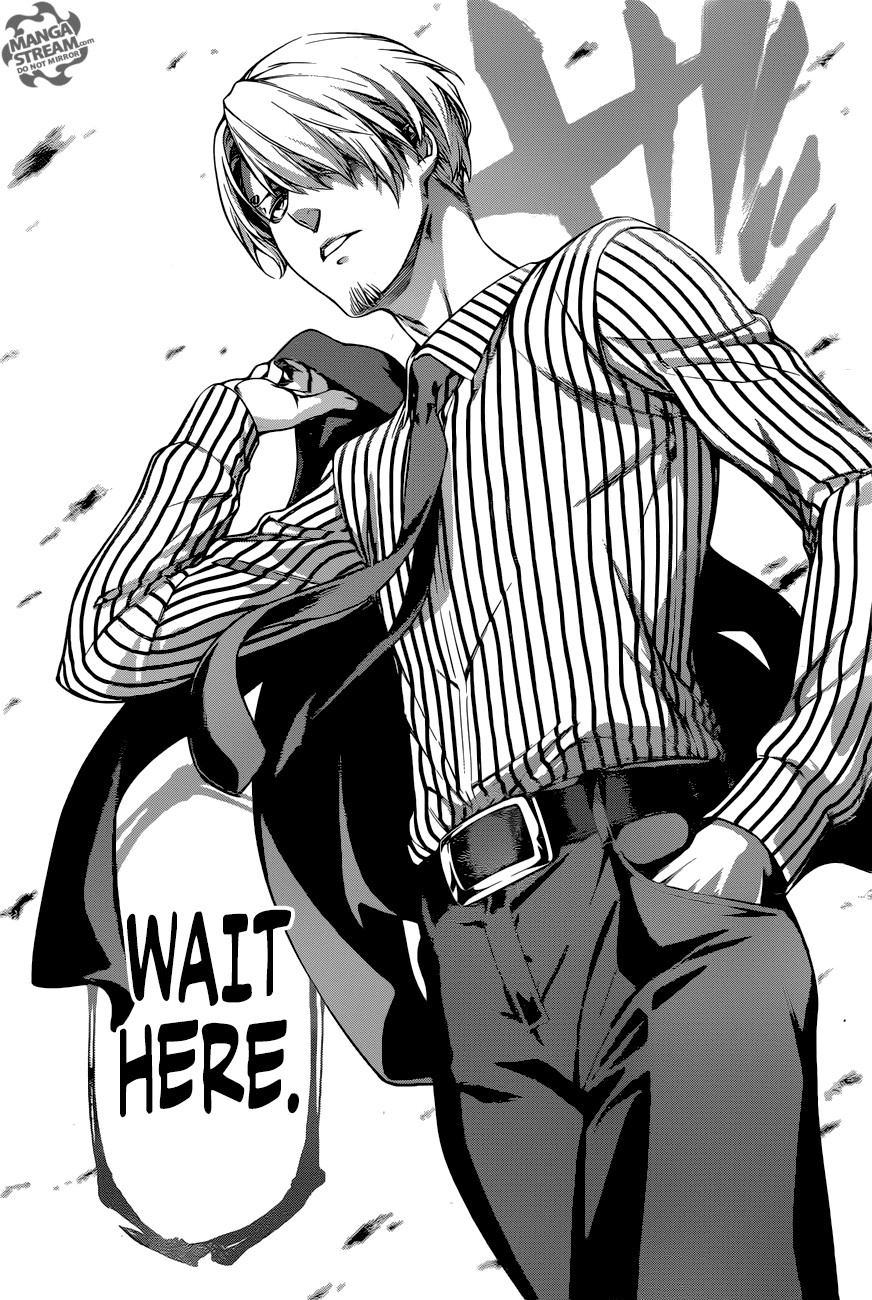 Now the manga isn’t perfect on this, we still do have some fanservice issues. You’ll probably have expected that since this is by the Food Wars guy but at least one time per chapter you have someone’s clothes exploding because the food was so good. It’s definitely not needed and if you take that away it would be a good thing for the manga. It’s not too excessive at least but it would have kept on adding up if the series kept going. Once a chapter may not sound like a lot but to have it show up every time like clockwork is a bit much. It doesn’t add anything to the story after all.

If you take out the fanservice then the manga is really the perfect Sanji experience. Of course battle manga are always the best but sometimes it’s nice to see what I would call a laidback experience for the hero. Put him in a setting where he is the strongest and just has to handle more day to day stuff. That’s the appeal of a title like this or Zero’s Tea Time and it works really well. The hero should be allowed to have some downtime once in a while right? As opposed to just being in battle against battle getting dealt painful injuries all the time with no moment to savor the fact that you’ve gotten really strong. This at least gets to show Sanji having a lot of fun all the time and just being the people’s hero. None of these kingdoms will forget how Sanji saved them. 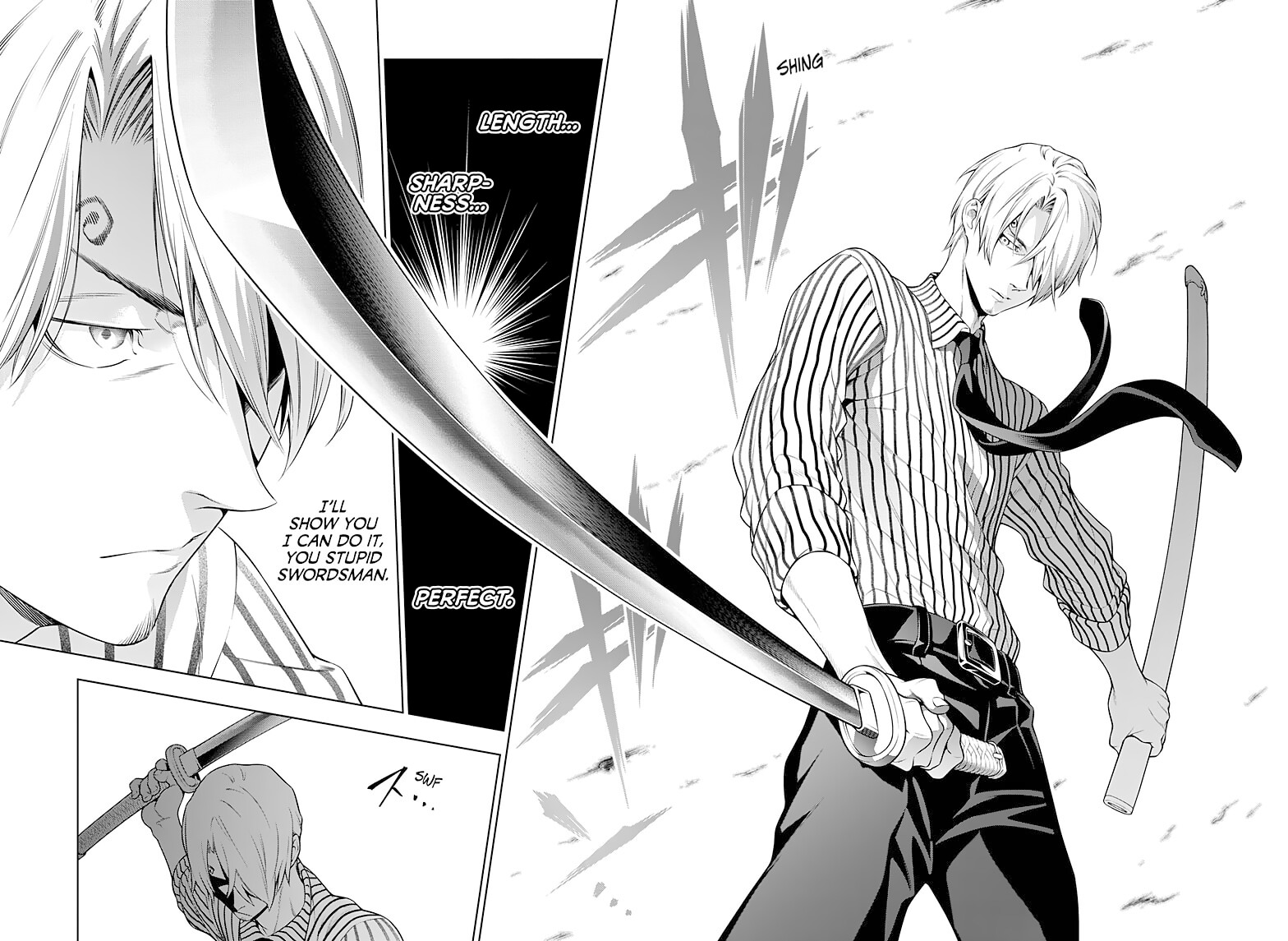 Overall, This was a fun manga experience. I would like it if everyone could have their own spinoff manga. It doesn’t have to be long, just a few chapters like this one and that’s all that you need. Plus each chapter was fairly long so it still felt like a lot happened here. Seeing Sanji just get to do his own thing is nice because you get to really see how he acts as a character. I’m really not the biggest Sanji fan at all but at least in this chapter he’s pretty cool. He has an answer for everything and is just so skilled at cooking that he can turn anything into a meal. Now that’s talent.