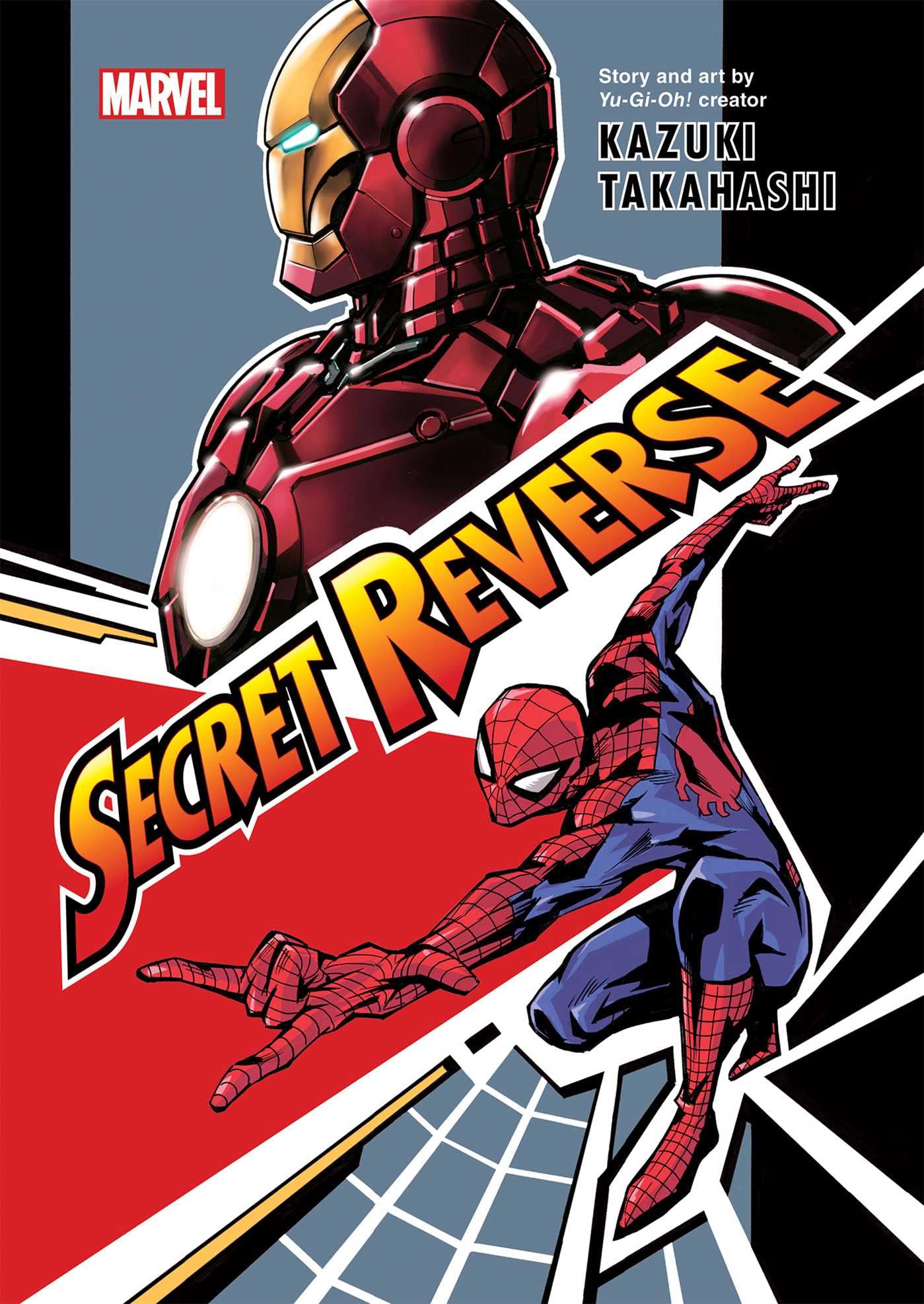 It’s always fun to see a manga creator make a story with the superheroes. This one’s sorta a manga but sorta a comic so I had to choose carefully what category to put it in. Ultimately I went with a comic since it does read left to right and it’s all in color. It’s a pretty fun story with a good amount of action and the artwork is naturally very high quality. Ultimately there’s a lot to like here and it would be cool if we could get a sequel or more stories in this continuity.

The story starts with Ironman heading to a big video game convention. It’s not really his thing as he prefers tech expos but he was invited and a big deal is that Kaioh has something which will change the industry forever. It’s an invention similar to Duel Monsters which makes solidified holograms with unlimited potential. Ironman is intrigued but unfortunately something has caused Kaioh to go crazy with power. Ironman will have to team up with the spectacular Spiderman in order to stop him. But is there someone pulling the strings behind Kaioh?

It’s fortunate that Spiderman was around to help because this probably would have been difficult for any one hero. Kaioh’s tech has a lot of versatility to it but for the most part he uses it like Doc Ock. He has the tendrils behind him to back him up during the fight and since they’re hologram based they can keep on changing. It makes for some really flashy battles and if this was a long running series instead of a oneshot, I suspect we would have seen a lot more monsters summoned.

Kaioh cracks pretty quickly so I wouldn’t say that I was a fan of the guy at all. He has no great ambitions and is pretty shortsighted with how he’s thinking about things. He has a cool design and is really smart but at the end of the day he lacks strength of will. The name is a nice homage to Kaiba but he lacks that guy’s cool points. If this had been allowed to be a true crossover and Kaiba was around I suppose they would have had to drastically change the plot.

Spiderman looks good here as he’s an experienced pro who gets the job done. The author does a good job of giving both Peter Parker and Spider-Man their due respect here. He’s not quite in the adult phase yet but you can tell that he’s no beginner. He gets his share of good quips and moments as well in there. Then you have Ironman who’s more of the main character here and he looks really good.

As Tony Stark he did well in bearing with the pain to hold onto the card for a full minute. That was impressive and he was able to stay in control so he didn’t attack any innocent civilians with his blast. Then as Ironman he quickly gets the job done with his attacks. This was a solid pair to choose for the two superheroes without a doubt. There are also some original characters here like Kaioh’s daughter but there isn’t really a lot of time for that. She was brave in getting the heroes to arrive and trying to talk him down though.

Then you have the actual alien and I thought the design here was really good. As for the being’s overall plans, it probably could have handled things a bit better. Shouldn’t you keep the tech on the downlow until you have everything in place? Showing it off at an expo just seems like you’re courting disaster here. That was his biggest undoing so I guess overconfidence got him in the end.

This is a oneshot so there’s no big cliffhanger or anything like that but that could have been a fun way to end things. Have different stories with each hero fighting more of these creatures which would eventually tie into some kind of big event. Or maybe you could do the reverse next time and have some Yugioh characters going up against a Marvel villain. That may even be a more interesting turn of events although it’ll be difficult to pick a villain strong enough to give those duelists a run for their money.

The art was really good as I mentioned earlier so the whole adventure really ends in the blink of an eye. It’s why we need more superhero stories like this with a manga touch to them. There are countless heroes and villains to choose from and all kinds of fun adventures to put them in. Hopefully this one ended up doing really well so we can get more of them.

Overall, Secret Reverse is a fun story. It’s a very direct superhero story with two heroes taking down the villain. Feels like a classic Marvel Team Up issue. Whether you’re a fan of the comics or just want to see an alternate reality of Yugioh in a way, then this is the title to check out. I do think Yami Yugi would make for a really solid hero if he was ever transported to Marvel/DC. There are tons of ways he could use his monsters for justice.