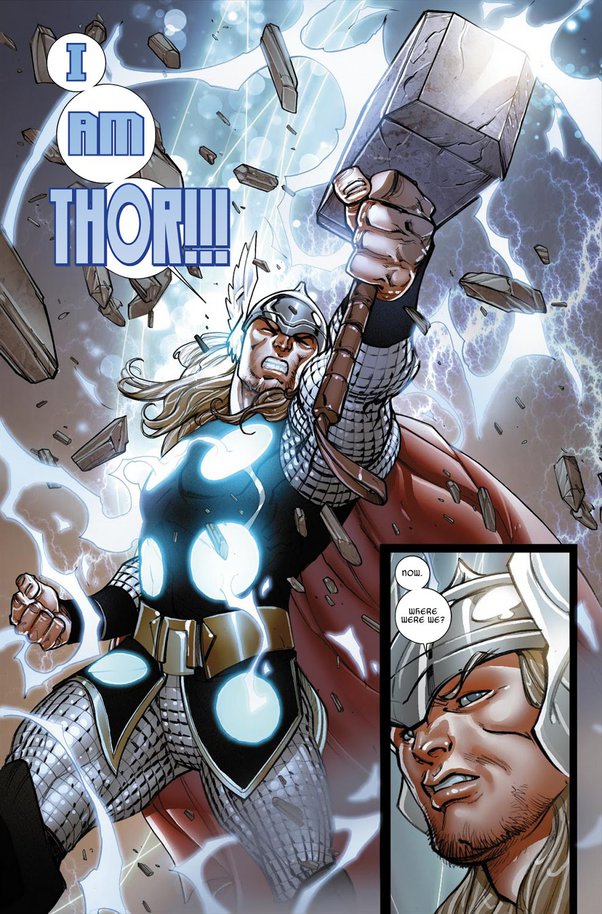 Suggested by Jean Static has a gun and some basic abilities but ultimately she won’t be doing a whole lot to Thor. Thor has the overwhelming advantage in both pure power and long range options with his lightning. Static has no way to dodge or endure his attacks and so the fight will be over in a quick move. She would need some absolutely massive power ups in order to make this a closer fight. Thor wins.