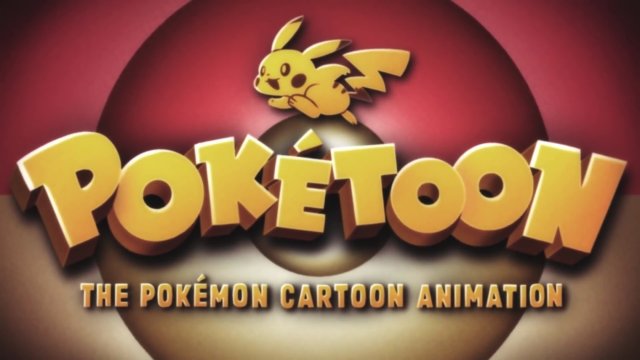 Pokemon has been getting a lot of little shows here and there. This is the latest one and it’s going for a more low key vibe as the anthology switches animation styles a lot. Some of the shorts are pretty solid while others are definitely weaker. In general I would say this one doesn’t hold up to the last few shows but you should still have some fun here. With only 8 episodes that are shorter than normal ones, it won’t take you long to blast through them all.

The first short is about Scraggy as he fights with Mikikyu in classic Looney Tunes/Mickey Mouse style. The animation is very much going for that kind of retro look and so there is a lot of battling going on. It’s very nostalgic to see this style and it’s nice enough but what I do miss about it is that there isn’t any dialogue or anything like that. So there’s barely a plot here. It works well enough since the short is….well short, but if this was full length then it would eventually drag on. This would be in the lower tier from the 8 episodes at 7th place overall.

Then next up we have an episode about Pancham and now this was a really solid one. I would put it as the 2nd best. Basically he wants to be a hero like his role model Arcanine but the problem is that the way evolution works, he can never be an Arcanine which shakes him up a bit. Still, he decides to train hard and become a respectable hero in his own right. One day there are a bunch of miners stuck behind a cave-in and it’s up to Pancham to save them.

It’s always nice seeing a Pokemon with a lot of personality and ambitions of his own. I liked Pancham right away and the story is very satisfying as he works to achieve his dream. The kid also wasn’t super annoying here although he could have let Pancham know about the situation a little sooner instead of just running around. At the end of the day Pancham is someone that you know you can count on to help save the day and take the right steps to saving the people.

Next up is a short that’s more about the human this time. Blossom wants to be a Pokemon trainer but her Mom denies the idea while her father is too nervous to do much of anything. She figures that she will just have to leave without permission and finds a nice Nidoran but unfortunately there is a misunderstanding and now his parents want to crush her. Blossom retreats to the village but with NidoKing and NidoQueen fast approaching, has she just doomed the village?

I liked the idea of the story more than the execution which is why this one has to settle for third place. I was thrilled when some Pokemon Trainers showed up right away because the idea of a village without trainers would be crazy. So that was cool and it also just made a lot of sense. The fact that they were losing is quite embarrassing but I can also get behind this especially with how the new Arceus game presents the world. If you live in a low level area then you might have weak Pokemon so when a tough wild one shows up then you’re sunk.

This does make Blossom’s dad look awful though. He just couldn’t care less and even when he hears the large explosions in the distance he doesn’t do anything. When Blossom shows up scared and desperate he coldly reminds her that his Charizard won’t listen to her. Throughout the adventure he just isn’t helpful at all even through to the climax as he lets his daughter take all of the risks. The special was trying to make him appear as the guy who appears to be rather helpless but is actually really tough. It just completely failed on that note.

The special itself is nice because of the action and Blossom is a good character but the Dad definitely makes it fall down a notch this time. I still like the idea of some Pokemon storming a village with trainers. I’d actually like to see something similar with Team Rocket someday. At this point all villages should have a bunch of trainers so that would make for a great premise to a short.

Now we can talk about the weakest special of the 8 which is about a Magikarp. This one is going for a very quiet kind of short like the first one. There is no dialogue here or anything like that. So it’s all about this one kid who plays by the lake and his music is really appealing to Magikarp. One day the kid leaves so the Pokemon has to try and find him. It’s one of those shorts that would be a lot more emotional with some dialogue and more of a full story. The abstract design of the short really doesn’t work nearly as well. It’s not all that interesting so it really couldn’t keep up with the others.

On the upper half of the 8 specials was one about Slugma at 4th place. This one is about a girl who always tries to be friends with Slugma when she stays at her grandma’s house, but the Pokemon is very shy and always hides. Still, Slugma is a nice Pokemon and does his best to make sure that she’s comfortable by always supplying a lot of heat to the house. There’s not a whole lot going on in this one but it’s a nice wholesome story. I also just like seeing all of the Pokemon just hanging around the house. They really would be a lot like having pets in the real world.

One of the longer specials was about a girl trying to survive past the Pokemon scare challenge. Basically there is a haunted spot in the school and so a bunch of guys decide to check it out. The main girl here gets spooked by a ghost and raises her hand by accident so she has to come along but then she is turned into a Gengar, one of the very Pokemon that used to frighten her. With the other kids stuck in the school, she will have to try keeping them safe from the other Pokemon and conquer her fears at the same time. 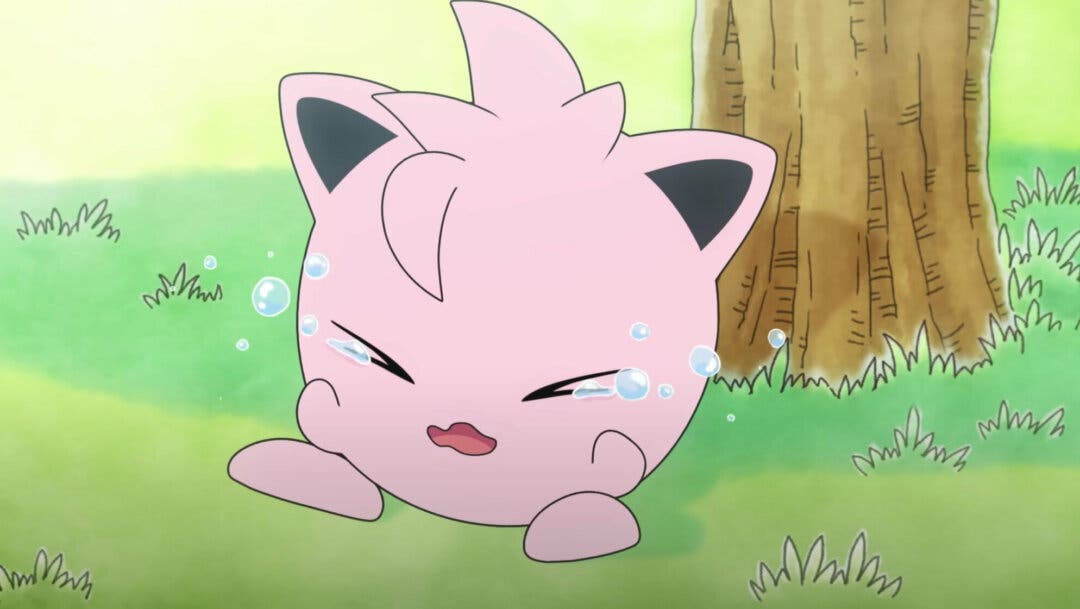 I put this one as a bit weaker than the others at 5th because while the idea is good, I don’t think the short did a whole lot with it. The kids aren’t very likable and I’m also not sure why they would all be super scared of ghost type Pokemon. I feel like if there were real ghosts here then that would make sense but in a world where Pokemon are so common place, I don’t see them being thought of as super scary or anything like that. The kids are very young so I can cut them a little slack, but only a little.

It was cool to see the girl turn into the Gengar since that’s like something out of Mystery Dungeon but the special just wasn’t all that exciting. The more emotional stories are definitely the ones that would tend to be a lot more high ranking and this one wasn’t going for those vibes. At least we got some cool effect with the whole dimension shifting.

Then there is the Snorunt episode which is one of the weaker ones at 6. Basically a few kids have a secret base which is a nice homage to the old Pokemon games. One day they come across a Snorunt that is outside but the problem is that they live in a very warm climate so it’s not good for the Pokemon. They have to decide if they should take him to the PokeCenter in which case their secret base could be exposed or just try to save him themselves. Fortunately they make the right call.

It’s a decent enough short but the animation wasn’t as good as some of the others ones and I wouldn’t say that the story was super explosive either. I also don’t think that this would necessarily expose their base’s location. I’m thinking that the rationale would be that they would have to say where they found the Snorunt but they could always hide the base for a day when the adults go to check on it and then blow it up again. Still, it was good that they made the right choice.

Finally we have the Jigglypuff short which I rank as the best out of the 8. This one is about a girl who befriends a Jigglypuff but for some reason she’s afraid to sing. What’s worse is that another girl has a Jigglypuff that loves to sing so they start blaming the Jigglypuff and even the main girl for this which leads to a lot of tear and emotional moments. This Jigglypuff may not be able to sing, but at the end of the day she still tries her best so as not to disappoint her Poke trainer.

There’s no danger or action here but it’s a pretty good story. I liked the animation and it had solid vibes here. On a technical level is probably had the highest budget and I could easily see a slice of life kind of show in this setting. It was a good way to end things and it’s easy to root for Jigglypuff. Always good to end on a high note and that’s exactly what PokeToon did.

At the end of the day, the anthology format is what really holds this one back a bit. We had some solid shorts here but also some very weak ones. Some would have good animation like the final short and others looked incredibly rough. In general this does not look as good as any of the earlier Pokemon shows and I wouldn’t say that it manages to beat any of them either. It’s still not a bad show though and it’s so short that it’s worth a watch. I would like the next series to be a little more focused though or if not, at least stay consistent in the animation instead of going for more experimental styles. Build a whole show off of the last special and that would really work well. 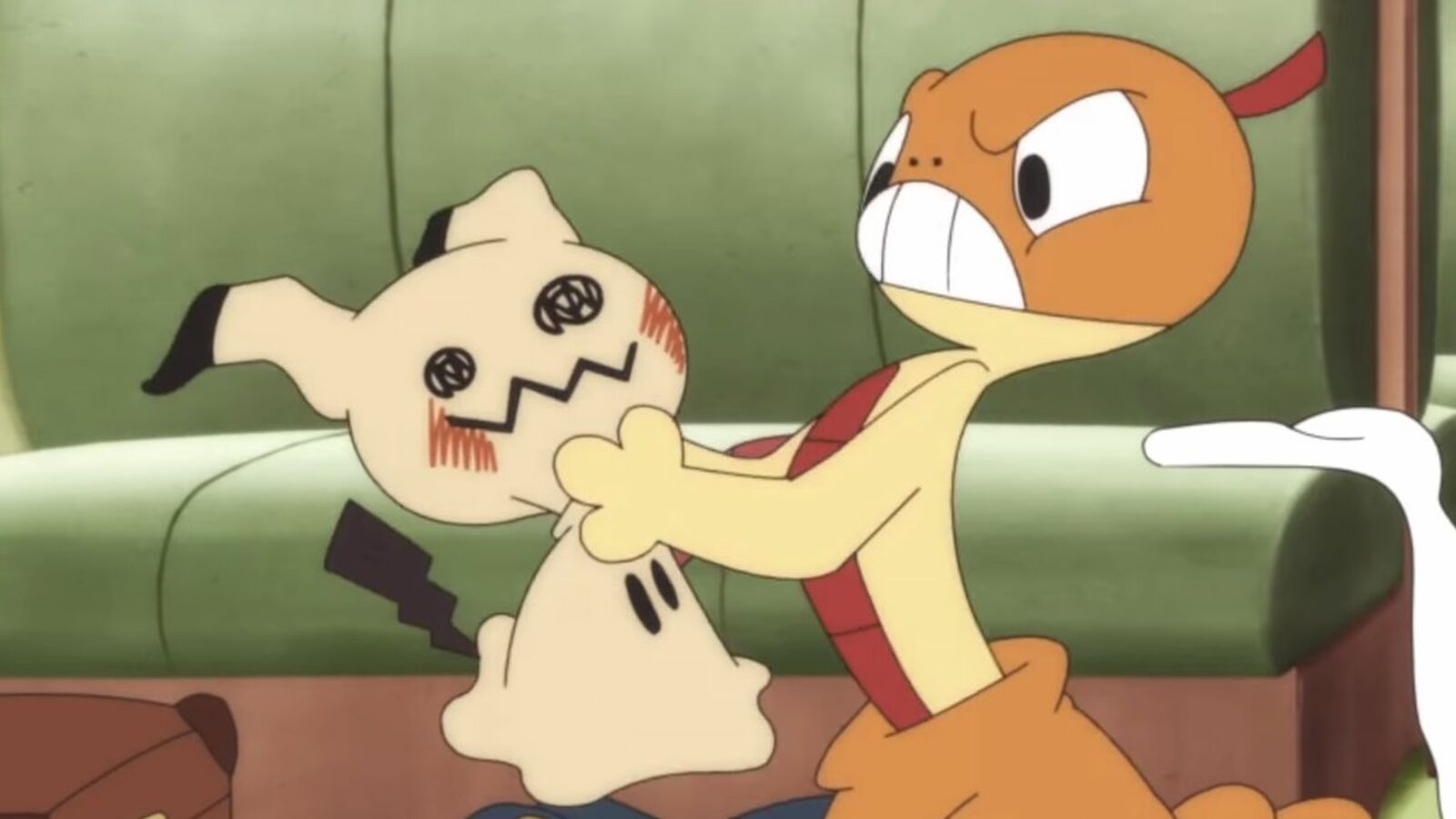 Overall, PokeToon is a solid online series. As a mini series it fills the bill of being entertaining and I’ll always take anything to extend a franchise even more. It ultimately won’t be making any waves or claiming any big victories but it’s a show that you can pick up and play at any time. You don’t have to try and remember a lot of characters or what’s going on. Just pop in a short episode and you’re all set.