We’re getting even closer to the end of the seasons now but surprisingly this batch may be more dialogue based than the last one. A lot of the volumes are still setting up the climax in this part so don’t expect a lot of big fights. Still, you can feel the payoff right around the corner and so of course that is something to think about as we rank the episodes below. So lets dive in! 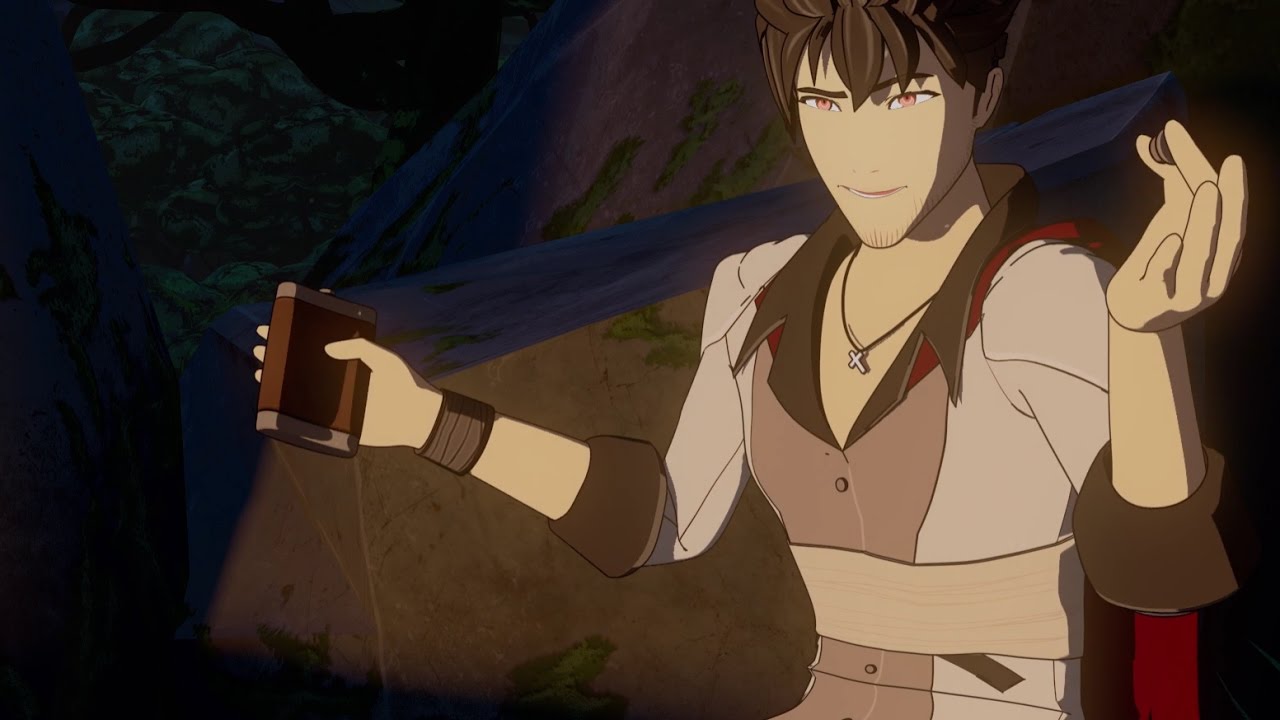 This is definitely another lore type episode for Volume 4 as Qrow explains the situation to the team. We already knew most of this but it’s new knowledge for the team. I think some of this could have been off screen’d but ultimately it’s a lot of information that is good to have out in the open. In the Blake plot we start to see the White Fang making moves and Blake is forced to address this even though she initially just wanted peace. Blake was not my favorite character during this volume as she had a bit of a slump until Volume 5 but at least this was a step in the right direction. A necessary episode all in all but not the most exciting one so you can see why it didn’t rank much higher. 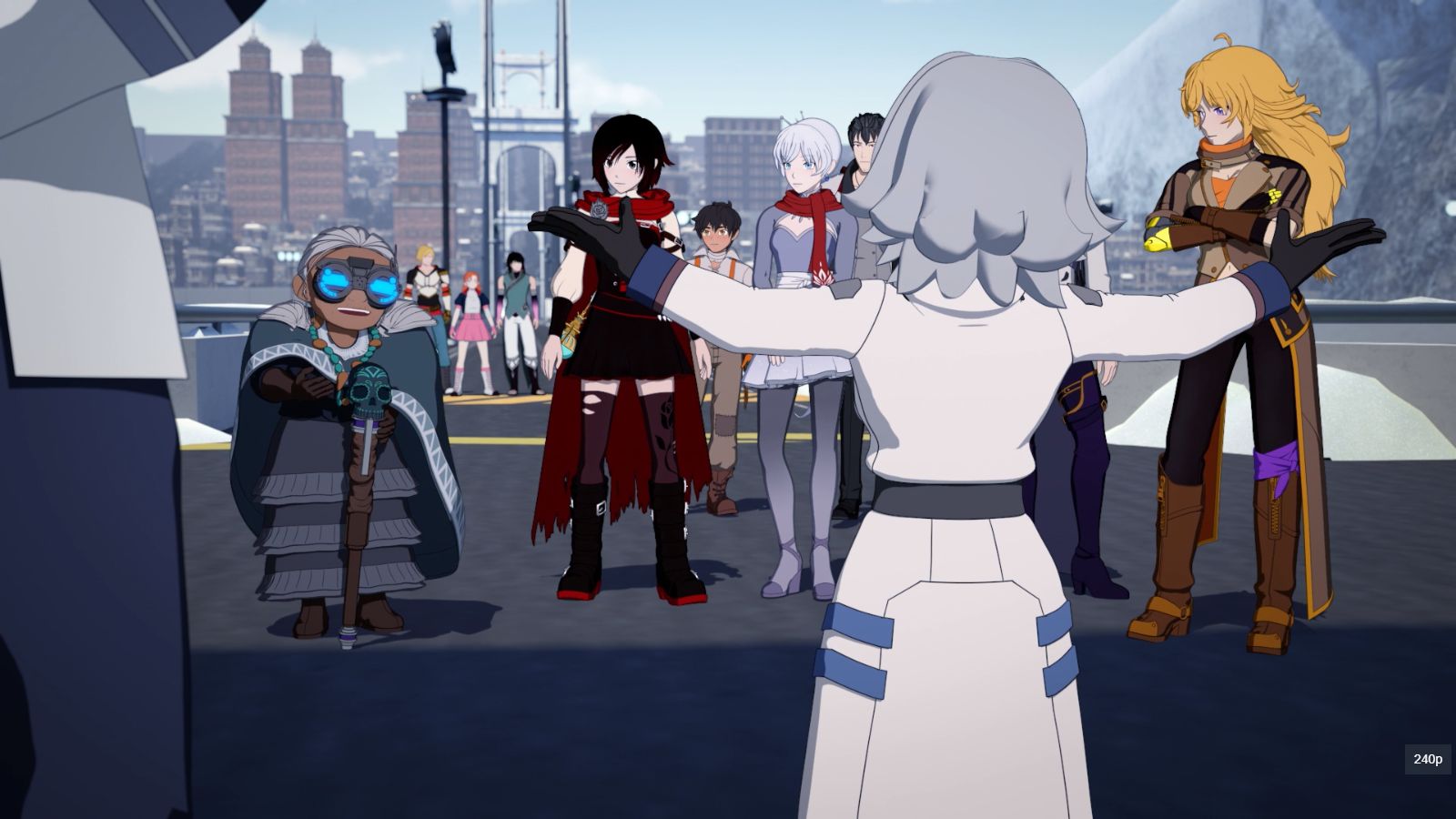 In Volume 6 we are getting closer to Atlas but the heroes are stopped by an old lady and two comic relief guards. I have to say that this plot always felt like a random thing to include just to slow the heroes down. None of the characters are all that endearing or likable which just hurts them the whole time. If they could have a fun scene to make you grin or something then that would be good but it can’t match the classic humor of the old days. Without a lot of strong plot elements to help it out, the episode could not get much higher. 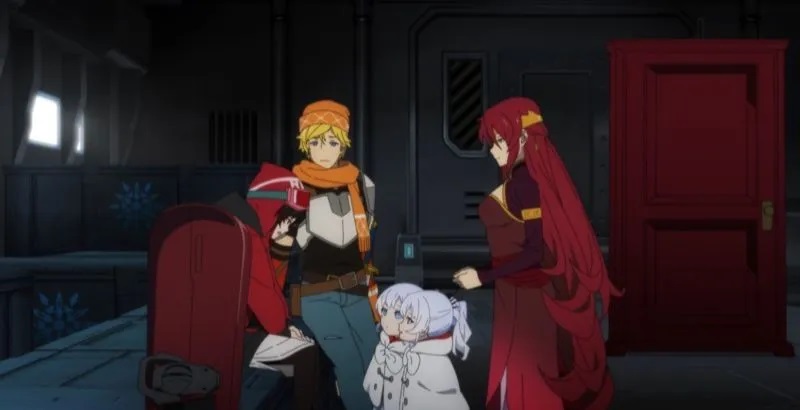 Ice Queendom is in a similar situation to Volume 4 here. Sure, it’s good that the heroes are getting in a little deeper through the dream and learning more but it does feel a bit like they’re treading water by this point. Not much has really changed since the last episode to the point where it almost feels like this episode could have been merged into the last one. In a way I think I just miss the real world by this point as the dreamscape got old real quick. That being said you can tell that we’re getting close to the climax so I’m ready to see how this all pans out. 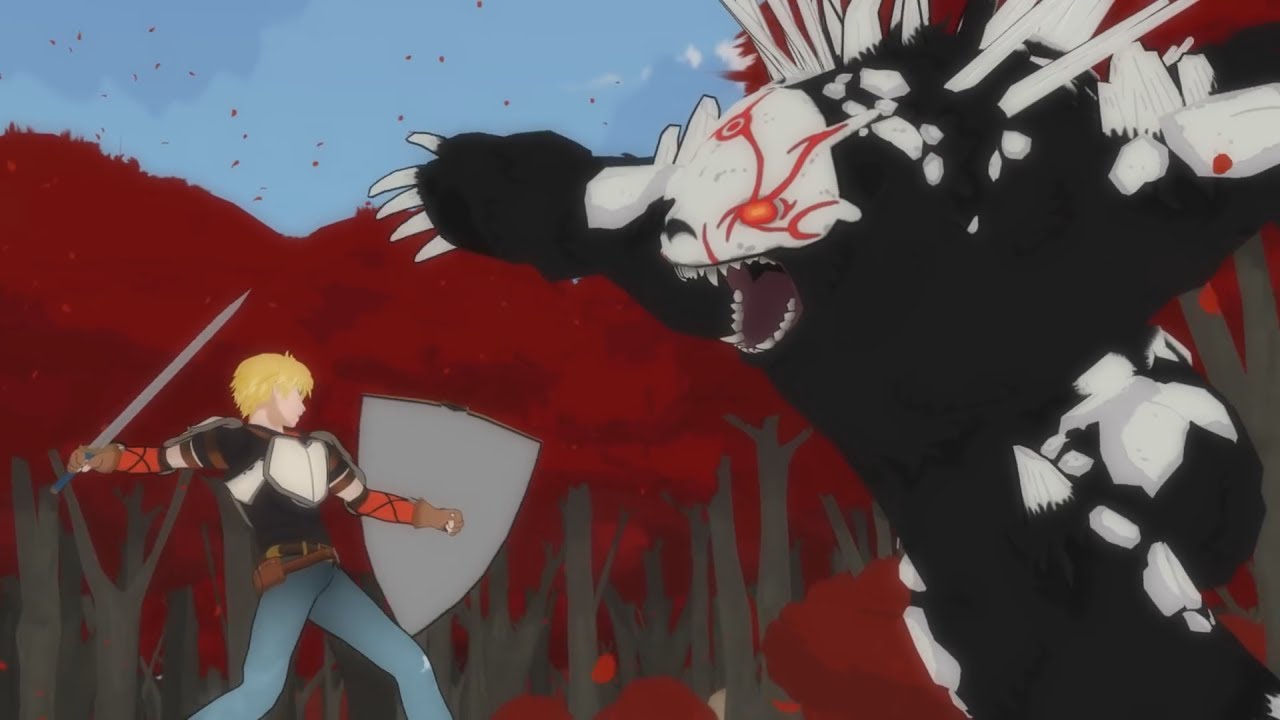 In this episode Jaune finally manages to overcome Cardin and stops the cycle of being bullied. The whole episode was a rough one for Jaune and the show did a good job of depicting how you can be surrounded by the strongest fighters in existence but if you don’t stand up for yourself then it’ll all be for naught. Jaune refused to ask for help at all during this adventure and that’s what had cost him for so long. He could be a bit annoying in that sense here but the ending is solid. Perhaps a bit cheesy but ultimately it was a well rounded episode with humor and even a little action. Cardin also made for an intense villain. 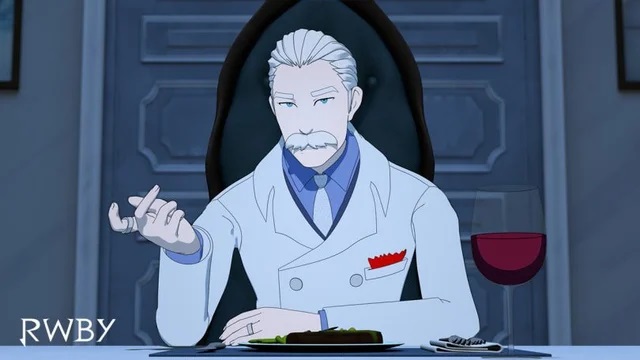 This isn’t an action heavy episode but it was nice seeing everyone be at the table to talk things out. Papa Schnee may be trying to take control of the situation but right now he does have the upper hand and does o effectively. In a way what he is saying does sound reasonable so that makes him a solid antagonist here. As always I think the characters are rather harsh to Whitley the whole time. He seriously doesn’t deserve a lot of what he gets here as it always seemed like he was actually rooting for Weiss and just had to be careful how he expressed it. The heroes just never really tried to understand his side of the story all that strongly. 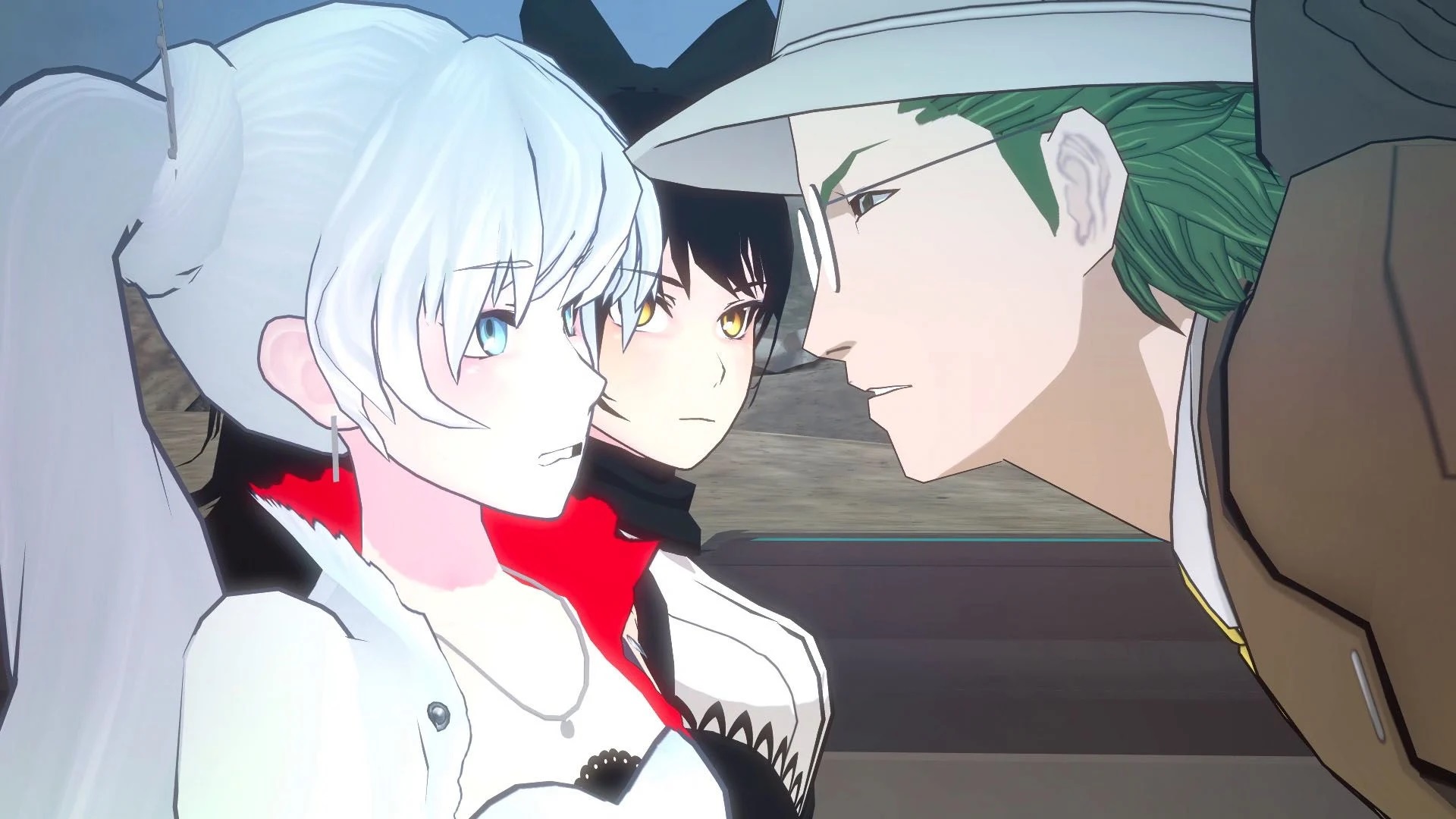 The heroes are getting ready for their first big adventure! This episode mainly gets by on its solid humor which keeps it higher than you may expect. It was nice to see the debut of Zwei and Ruby even outsmarting Ozpin was impressive. While he was allowing himself to be manipulated, it did feel good that Ruby could feel like she had a mega win though and that’s what counts. This was also getting us started on the big mission that would begin the climax for Volume 2 so I’m ready for that. Coco and the others taking longer than expected to complete their mission would contrast well with Qrow finishing his mission ahead of time in Volume 3 to show just how skilled the pros were. 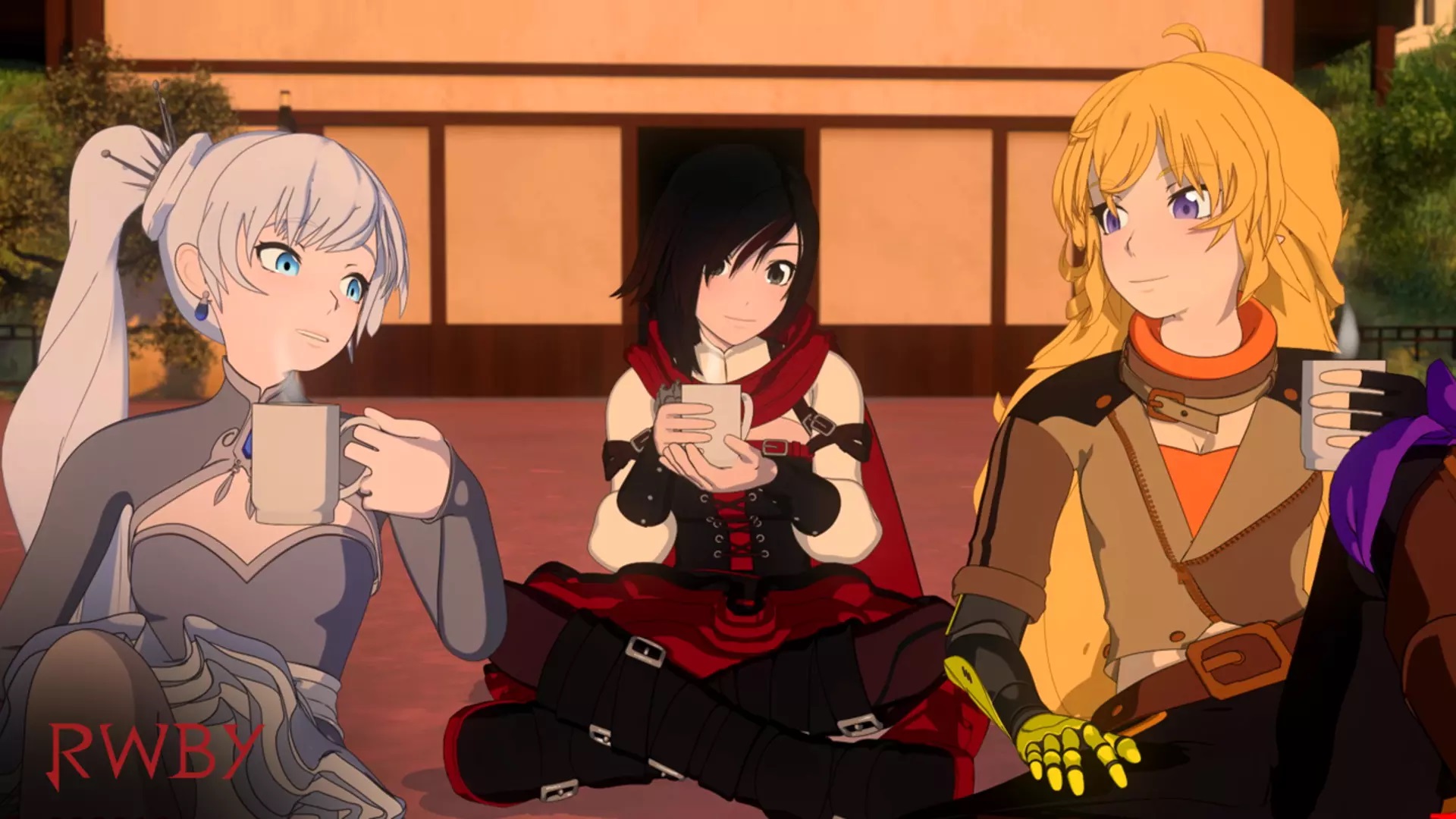 This episode finally had the main members of Team RWBY talk things out. It’s the first real downtime they’ve had together and of course Yang still has a big grudge with Blake for ditching them all this time. It makes for an emotional episode and in particular we really see how Weiss has grown. Gone are the days where she would get real excited and jump to conclusions. Now she is someone that is there for the others to lean on and gives the emotional speeches. The action part of the plot was with Blake and she actually did really well this time as she called in Sun and didn’t just try to handle everything alone.

It was a good moment for her character because it showed that she was actually willing to trust Sun this time and the lessons of friendship really stuck. It was also impressive to see her lay out one of the fighters with a single punch. Her physical strength gets a whole lot of credit in this volume and this was just the first instance of that. There would certainly be more where that came from. It was a very strong showing for Volume 5 and while Ghira may not be the most impressive fighter over there, it’s always nice to see Sun fighting. To date Volume 5 still has one of the stronger climaxes or it felt that way so I look forward to seeing how it stacks up with the other volumes in the rankings. 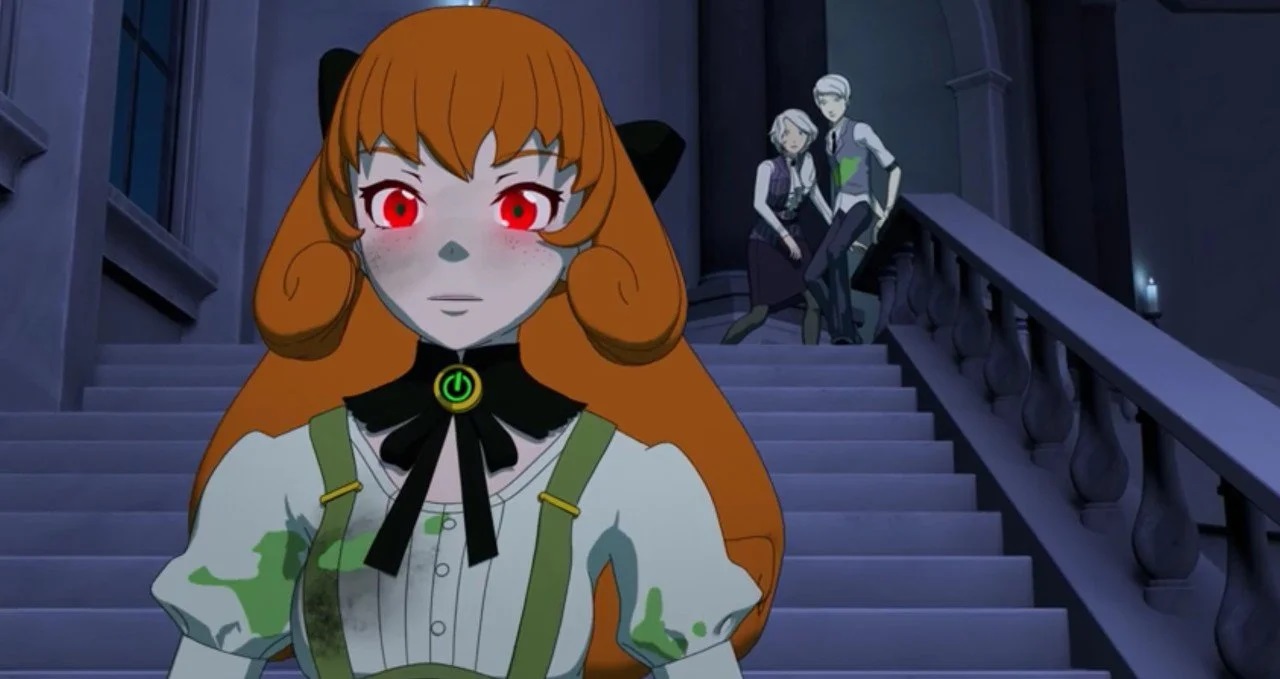 We get to see the talking Grimm attack the heroes here and it looks very impressive. Maybe a little too impressive in the sense that I thought Ruby and Blake should have looked way better in the fights this episode. I don’t buy Blake losing against a random acid Grimm and Ruby getting one shotted by this Grimm was a bit odd. Still, it was nice to see her rebound with the Silver Eyes afterwards. Weiss and Whitley finally made up as well. This was a very important episode and while we’re near the end of the season so much more happens in this volume that it’s hard to believe that we’re near the end. With Penny slowly turning to the dark side there was a lot of intrigue set up for next week. 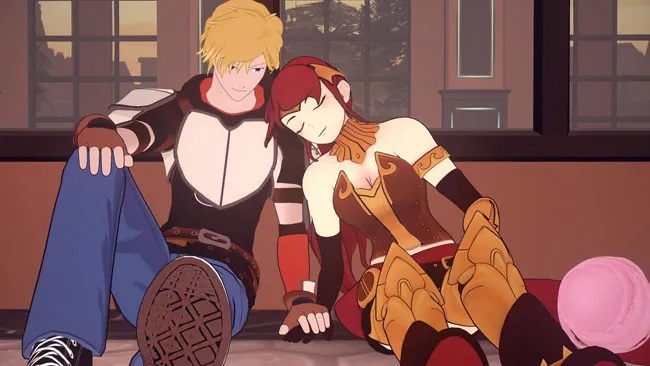 Volume 3 is back to reclaim the crown! Not too surprising but it really was close. There is less action than volume 8 as Pyrrha mainly has to try and come to terms with what’s going on. Her talk with Jaune is good but of course the huge highlight for the episode is the cliffhanger. It was nice to see Ruby noticing that something was off and go to investigate. The music that plays when Mercury appears is exceptional and you can feel the dread rising in the air. This was still before the show had gone all the way into getting things really serious and dire so it still hits as a very powerful moment. I was not fully prepared for this back in the day. The episode really does a great job of mixing in humor, drama, and tension. From here on out all of the episodes are 10/10 quality so it’ll be hard to dethrone Volume 3 but of course the other volumes have big climaxes as well.

This is where the comparisons are really going to start getting extra fun so be sure to stay tuned! This has been a fun rankings event that is over halfway over but the best is yet to come. It’s safe to say that all shows want to end strong and RWBY has always accomplished this so now it will be time to see which one did it the best. There are going to be a lot of nonstop fights coming up soon that’s for sure.