This breakdown is of the TV-14 edited version of the film. All thoughts below should be addressed as such as a breakdown of the unedited version would likely be more negative. 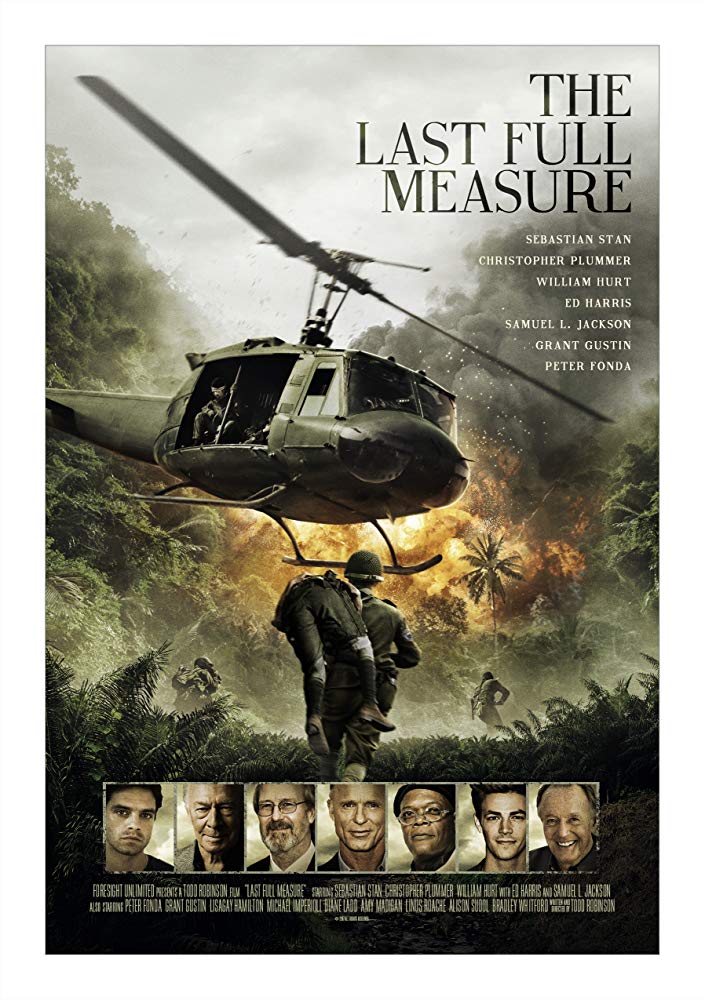 It’s time for a film based on true events during the Vietnam war. This movie shows how important the Medal of Honor is and why it’s not just any ole award for anyone who received it or to those who never got one. It’s part of the character arc for the main lead and in the end this makes for a solid war film. Most of the events take place after the war but we do get flashbacks scattered throughout the film.

The movie starts with Scott getting ready for a big promotion. His career has been going very well so far but then he is given a task to try and help get William a posthumous medal of honor award. This request was brought forth by his partner in the unit, Tom. He believes that William earned the medal and Scott has to figure out why he didn’t get one. Scott isn’t very interested in this task because it seems incredibly difficult and the chances of success are slim. Still, his boss tells him he needs to do this. Scott’s co-worker says Scott should just procrastinate since the section is being closed down soon anyway but it certainly would not be the honorable thing to do. As Scott gets more invested in the case he finds out that there may be a bit of a conspiracy going on.

As you can imagine Scott isn’t the nicest character at the beginning of the movie. He really would have dismissed Tom’s case entirely if he wasn’t forced to do it and then later on he has to get even more encouragement to pull through with it. Ultimately it is a tough case for sure so it’s no walk in the park but not giving it your all is always the wrong move. No matter what the task, you can only complete it if you are giving it your 100% effort.

Tom gets a lot of credit for bringing this case up and sticking with it for a long time. He calls in favors and pulls as much weight as he can to keep trying to get this completed. It wouldn’t have been easy and I’m sure he faced some pushback of his own but he kept on going. He was really a loyal friend and never forgot what William did for him. It’s not likely that you would forget it when someone saved your life on a big battlefield like that.

As we see more and more of William’s heroics in the flashbacks you really come to appreciate just what a good guy he was and exactly how much hard work he put into the task. It would have been easy at many times to do things by the book or even just run out of there but William helped everyone he could see. Those scenes during the war were all very intense but it was an interesting perspective to have them as flashbacks so most of the film takes place in real time. We get to see more of the political side of things once the war was over and how the awards part was handled.

Each of the veterans do their best to help the case with their testimonies as well. It isn’t easy as many of them suffer from PTSD in different ways. So even going to the award ceremony was a bit of a battle but they did it for their old friend. As a whole this is a very inspirational type film about how the platoon really did stick together through thick and thin. They weren’t going to leave anyone behind and in this context that means ensuring that William did not get cheated out of his medal.

Scott’s co-worker plays the role of the main antagonist here. He starts out subtly by giving Scott bad advice but by the end he is going directly into blackmail and trying to sabotage things every step of the way. Fortunately Scott still went ahead with his plan so even if he didn’t start out as a very good character, he ended up in a good spot. I’d say by the end that he had earned the right to be considered a quality character. He took some big risks of his own by the end.

Overall, The Last Full Measure does a good job of showing just how difficult it is to try and lead a normal life after being involved in a war. You just see a lot of things that you’ll never forget even after it ends. There are a lot of tragedies going on even after the war as well as the deeper Scott gets into the story, the more he sees how many lives were affected. The film can perhaps get a little too detailed in some aspects during the war and you certainly see the horror of battle but it feels like an accurate depiction of the events that happened. I can’t say I’m familiar enough with the records to say for sure if anything was missed but anyone wanting to learn more about William’s story with the medal of honor and the Vietnam battles should enjoy this film. It may be quite serious but it’s ultimately got a happy ending and should leave you satisfied.