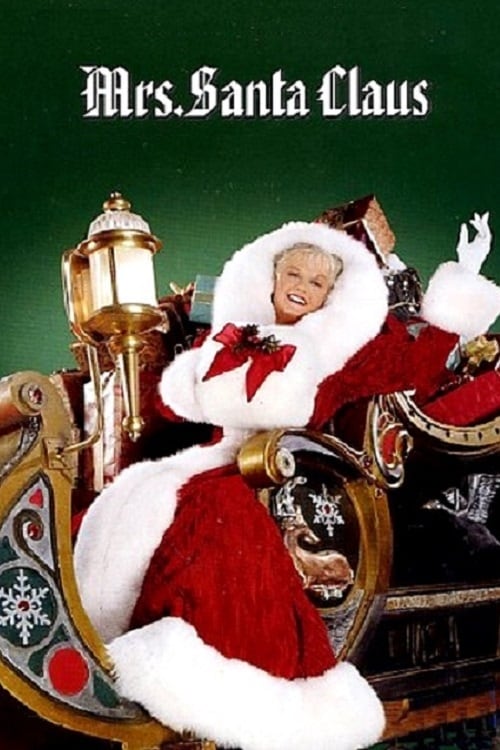 Santa Claus gets a lot of films so it’s about time that Mrs. Santa Claus gets something too right? This makes for a fun film even if it is a bit uneventful. Santa doesn’t look great here and the kids are annoying but we do get a standout villain that’s actually rather impressive. When you have a villain that can take on the reindeer then you know things are going to get good. There are a few scenes in the film that make you think things are about to get epic but they tend to be false alarms.

The movie starts with Santa ignoring Mrs. Claus as she tries to help him out by making hot chocolate and creating a whole new path across the world. He just can’t be bothered so she figures she’ll travel the world to prove that it works. Unfortunately her reindeer crash and while they are being healed by a doctor she is trapped in New York. Well she figures that at least she can help out with the working conditions for the children and even meets up with a lady named Sadie who is protesting for women’s rights. There is only one man who can stand in Mrs. Claus’s way now and that’s Mr. Tavish. He is the owner of the largest toy company in New York and what he says goes. Can she defeat him?

So what makes Mr. Tavish special is that he can talk back to anyone. When Mrs. Claus tries to make a plan like having the children go on strike or not working hard then he immediately counters by punishing them with not being allowed to leave work early. He’s always one step ahead of her and that’s crazy because usually she is on top of things. There’s even a scene in the climax where he takes over the stables and basically prevented the reindeer from being used. Sure, Rudolph wasn’t around but he still basically stalemated all of them which is quite impressive. Ultimately the powers of friendship were what deterred him but physically nobody was about to stop this guy. That’s why I say that he was real impressive.

Meanwhile Sadie did a good job of petitioning and protesting all by herself for ages until Mrs. Claus showed up. Sadie was determined and wasn’t about to let anyone get in her way. That is absolutely the kind of dedication that you want to see from any character. It was really a credit to her character and she did a good job. It only makes the other characters look bad in how literally nobody was around to support her. You’d think that at least someone else would have taken a risk. Every great movement starts with one person though and Sadie can be proud to say that she was that person this time.

As for Mrs. Claus, I thought she was a solid character. She can be a bit naïve at times as New York takes her by surprise at first. I suppose everyone at the North Pole are rather nice and even tempered so she wasn’t ready for all the big antagonists here. That said, even if it takes her a while to get past this, ultimately she does well. She also gets points for bravery in going on the trip by herself when Santa was too busy with his work. She also couldn’t have predicted that some of the kids would be petty traitors who were too busy looking after themselves to help out with her plans. A lot of times these plans only work when everyone bands together and that was not the case here.

Santa looks bad here though. He seriously could have heard Mrs. Claus out about her plan instead of staying buried in the books. Then apparently he didn’t realize she was missing for several days? No that’s a really bad look for the guy and it was only when the hot chocolate tasted bad that he noticed. I liked when he started walking over to the elf as if to threaten him but sadly that scene wasn’t handled well as he came off as more confused and unsure of himself than threatening. That could have been a really hype scene otherwise but it just wasn’t to be.

This film is also part musical but none of the songs really land. They’re all old but also rather slow paced. A lot of times the songs in non-musical films tend to beat the musical ones and this continues along here as well. I wouldn’t say that any of them are bad or anything like that but they aren’t quite holding their own here. They don’t enhance the film and it has to succeed in spite of them rather than because of them which is a crucial difference. Also we missed an easy lay-up to see Mrs. Santa Claus learn about pizza. I get that she was in a poor area so that might have been tough and maybe pizza wasn’t even around yet in which case I would cut the film some slack but that would have been cool. It’s a staple of New York after all. You would almost forget that the film is in New York considering there aren’t any real landmarks after the Statue of Liberty. I guess that’s how old it is since usually I can recognize it right out of the jump.

Overall, Mrs. Santa Claus is a good movie. I would have liked it to have been a little more daring with lots of iconic moments all the way through though. Maybe have her defeat the villain at the end instead of talking to him or have Santa appear in a rage mode and take the guy down. I could have done without the songs too. It’s not a bad film to watch just since it’s rare to see Mrs. Santa Claus around and there’s nothing really negative to say about the film. It’s short too so it’s over quickly but I would just say that we haven’t yet seen the definitive Mrs. Santa Claus film yet. One day we will get one and we will know it when we see it.