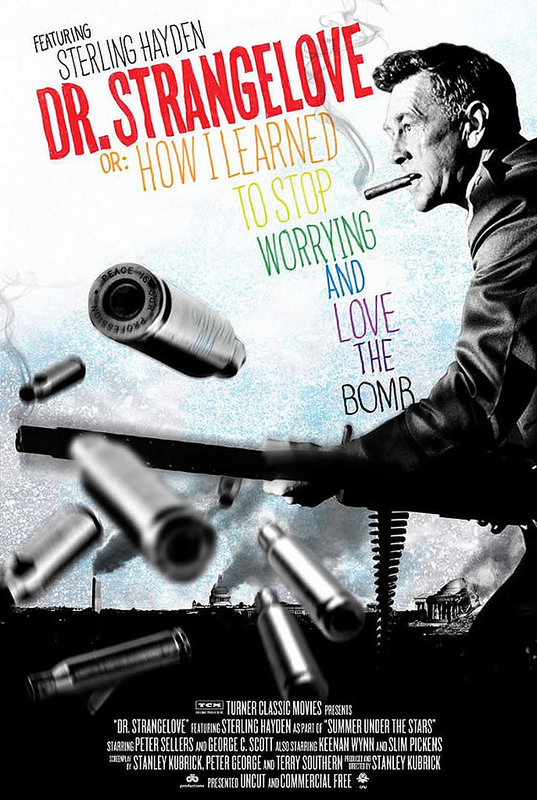 It’s time to look at a critically acclaimed political film. This one takes a pretty interesting look at the good ole Cold War days and our tensions with Russia. Back then it was all about getting the bigger weapons, but we all know that such a build up can only have negative results. This film points that out with America’s half thought out attack protocols and it leads to a very tense atmosphere where all of the characters are wondering what to do about this. It is definitely a well made film.

So, the long and short of it is that one of America’s generals is fed up with the whole thing. He wants to wipe Russia off the map and nobody’s going to stop him. He orders his men to execute the order where they are to fire a nuke at Russia. The command was given as if it was a critical red scenario meaning that the homeland was taken over so this was a last act of retaliation to ensure that Russia died alongside the U.S. Naturally, this was not the case at all, but the pilots had no way of knowing that since they were already in the air and set about to complete their mission. This was a suicide mission so they would not be able to return to see its effects anyway. The President finds out about this and gathers all of the top ranking officials to decide what to do about it.

The problem? There is nothing they can do about it. The order cannot be taken back due to radio silence and there is no way to override it. The President can tell Russia about it, but that will demand retaliation so the U.S. would also blow up. That means there are two ways this can go down. 1. The U.S. alerts Russia to their impending demise so they fire their own nuke and we both die. 2. U.S. keeps silent and Russia dies before they can retaliate, but then we will be known as villains around the world. It’s a tough call.

The cast of characters is of a reasonable size. We’ve got the President as a main character which is always cool. The flaw with this guy is that he’s very timid and I can’t imagine someone like that winning the oval office. He has a hard time talking with Russia since they end up being more aggressive and his whiny disposition makes it hard to sympathize with him. I’m sure this president did a pretty good job during the term, but he wasn’t cutting it. He’s a decently humorous character if you keep in mind that this is a parody though. Turgidson is a pretty charismatic character and one of those guys who gets a lot of witty lines, but is actually a bad character if you think about it enough. He is a little too enthusiastic about implementing a terribly selfish plan at the end of the film to save himself and he doesn’t mind shirking his duty for no real reason. What helps to combat these negative traits is how devoted he is to stopping the Russians. He is willing to lie or do just about anything else to convince people that they are behind all of this. Naturally, he opts to just stay silent and let Russia grow up. While the rest of the council made sure to ignore him during the decision making, you couldn’t ignore him because of how loud the guy was.

Ripper was really the main antagonist of the film and the guy who got the ball rolling. He’s definitely pretty crazy so there is no reasoning with him. It was surreal to see him start firing on his own soldiers just so he could stay alive and once he had stalled enough, he just shot himself. Shooting himself definitely hurt his credibility since he took the cop-out way in the end. The crazyness may have added to the film’s overall atmosphere, but I wouldn’t have minded if this character was cut out. Poor Mandrake was caught in the middle of this breakdown and he did a good job of trying to make the best of the situation. He did come close to stopping the catastrophe, but it was too little too late. Guano is a random general who showed up to take command of the situation over there and I’ll give him a little shout out for being fairly tough. Considering everything that had just happened, he took the situation in stride.

Finally, we have Dr. Strangelove. He is certainly quite the character and that’s to be expected since the film is named after him. The concept of an ex Nazi working for the U.S. and getting a seat on the council is pretty ludicrous but we’ll let it slide for now. His main gimmick was that he kept trying to salute by mistake and telling treasonous things like “My Fuhrer” and hoping that nobody noticed. He is pretty well educated about weapons of mass destruction and nuclear deterrents so he is consulted quite a lot in this film. It’s always interesting to have a traitor in your midst as well and he added some tension to the film. He was without a doubt, one of the best characters in the film.

There is really only one scene here that holds the film back a little and that is Turgidson’s debut. It’s just a really drawn out scene of his secretary answering a call for him while not fully dressed and the scene just stays here for a while. It felt like obvious fanservice and while it wasn’t anything drastic, it is enough to make you shake your head at the whole thing. The deluded general Ripper’s fixation on bodily fluids was also mildly alarming and the final desperate plan that the U.S. considers was also rather twisted. You’re liable to have some iffy plots in a black comedy since it’s part of the humor, but at least it was kept to a minimum. If you consider that this was really the only negative in the film, then that’s actually a pretty good sign. The film may not be amazing or as good as it could have been, but I’d call it a solid film in the end. It’s a movie that I could actually re-watch right now since it’s been a while and it does have a good amount of replay value.

I have to give a brief shout-out to the ending. It was handled beautifully and I was not expecting it in the slightest. It’s an ending that I can’t imagine a modern film getting away with. Not because of content as there is nothing violent about it at all, but just because it’s not a mainstream ending that people would probably approve of. That’s why it was so shocking when the film just suddenly ended with a quick song and a slow montage. I can’t say what the montage was about since that would definitely be a spoiler, but it was classic nonetheless.

Overall, Dr. Strangelove is a very clever film and most of the humor is actually rock solid. It’s a film that will breeze by in no time at all. It doesn’t take itself too seriously and just has a lot of fun along the way. The characters are all very crazy and charismatic. While some of them may not be all that likable on their own, they do make the film more enjoyable. It’s a very crazy film and while that can sometimes work against it, the uniqueness helps the film more than it hurts. If like me, you enjoy watching films that deal with politics and even poke fun at it in the process, then this is a film that you can definitely get behind. The film has a much larger title which will make a lot of sense once you watch the movie. I’d love to see a remake of this film someday as the concept is something that could easily be used again.