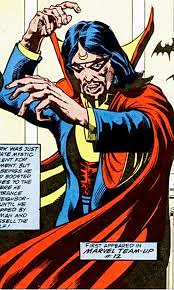 Suggested by Destroyer Lazerman is an incredibly powerful fighter who possesses a great deal of speed and strength. While Moondark is a very accomplished magician, that simply won’t mean much against Lazerman’s overwhelming might. His disruption blast will stop any spells in their tracks and then Lazerman can also regenerate some of his injuries to an extent during the battle. Moondark is simply out of his league here. Lazerman wins.