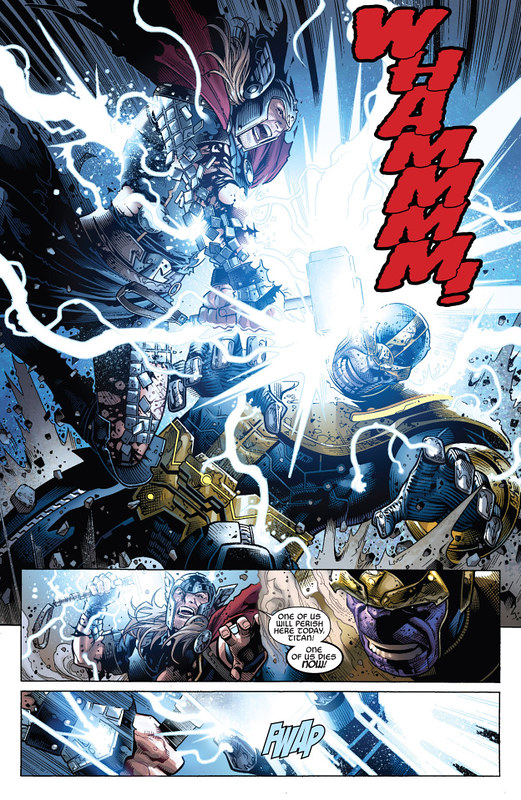 Suggested by Big Red Thanos and Thor are some of the stronger comic book characters out there. Both of them possess powerful combat options in both short and long range. Thanos has many energy blasts thanks to the Infinity Gems while Thor’s got Odin Force and Mjolnir. It’s a fight that could certainly go either way. In base form Thanos typically has a significant advantage over Thor but at peak it’s hard to say how the fight would go. I’d have to give Thanos the slight edge here as having the Infinity Stones helps a lot with regeneration as well as its array of energy blasts. Thor would keep the fight close, but I think his durability would fall off first. Thanos wins.