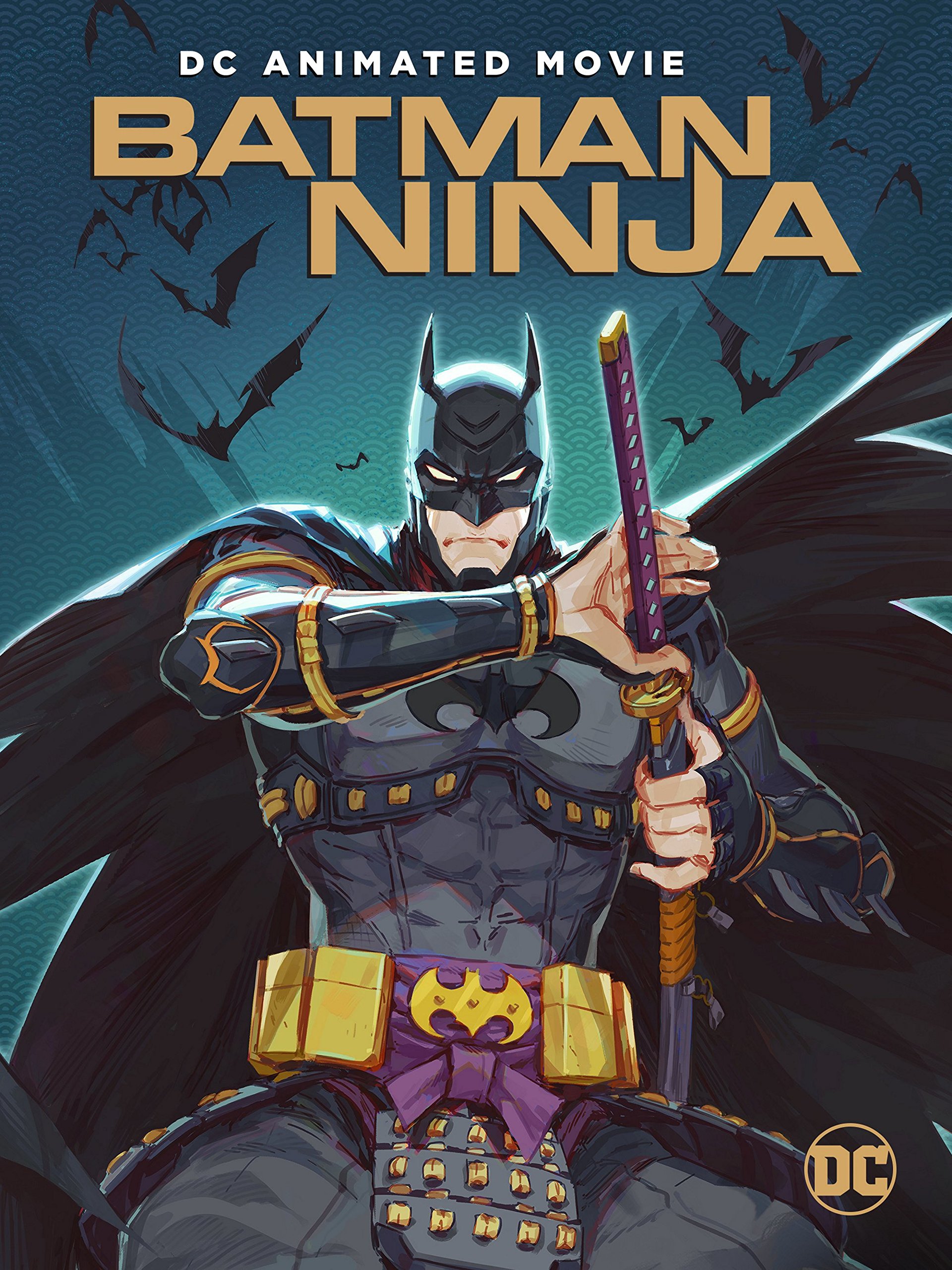 Time to look at one of the strangest Batman films to date. This one goes for a very different look and even takes place in a different era than where Batman usually is. It’s a fun enough film, I think parts of it end up feeling more experimental than fixed, but it has potential. Either way it’s a fun way to spend 90 minutes and I’d be game for a sequel.

The film starts with Batman trying to stop Gorilla Grodd’s latest invention. It’s a time machine that he is planning to use to rule the Earth across all of its different eras. Batman blows it up, but this has the unintended effect of bringing him and everyone who was in range of the device into Feudal Japan. He is now in the Sengoku period and each of Batman’s enemies have commanded one of the territories. Joker naturally owns the biggest one. Batman will have to quickly get used to this period and make arrangements with local armies to fight back. He may even have to team up with Grodd, but can the ape be trusted?

After that beginning the film does play out a little differently than I thought it would. I got the feeling that Batman was going to have to unite Japan and take out all of the villains. Of course, maybe it’s for the best that it didn’t go that way since each fight would have been really rushed. I’m ultimately pretty glad that Batman just ignored everyone else and ran to where Joker was. His Batmobile looks better than usual here as it has multiple vehicles built inside. It was too bad when they were ultimately broken.

In general Batman looks pretty good here. I’m still not crazy about his design, but personality wise he basically made all of the right choices. Even if if the hostage was almost definitely fake and just Harley in disguise, that’s not a risk that Batman can simply make. In hand to hand he was doing quite good as well and his plans were on point. Even his quick period of self doubt was shorter than most as he quickly got back on the saddle. That’s definitely what I like to see from our lead.

His array of Robins also show up and were fairly helpful I suppose. As always, Red Hood was definitely the most violent and intense of the bunch though. He was really willing to take Joker and Harley down for the count. Batman’s not up for murder like that so I feel like if that happened in the present he would have probably tried to arrest Jason. This just wasn’t a good time to do so. Catwoman looks all right as well. As always she basically plays the field until one side has the edge and then she makes her move. Things worked out pretty well for her so the plan was definitely her best option.

There’s not much to talk about for the soundtrack but how about the animation? Well, for the most part it looks good. The character models are very detailed and there’s a high tech feel to the whole thing. While the fights can be a little blocky at times it doesn’t take away from the nice choreography. On the other hand, we do get one stretch of time for the farmer scenes where the budget completely dies out. I didn’t mind the video game type cutscenes when Batman says that he’ll have to do things like Feudal Japan civilians would as it’s a bit of a throwback. This artistic fadeaway style is something else though. The scenes just don’t look good and you start to feel like the budget is drying up real quick. Fortunately these are quick scenes though.

There’s a lot of action to be found here. As soon as one fight scene ends you can bet that a new one is about to start up. There is rarely a few scenes in a row where nothing much is happening. With the short length this is basically a must so I’m glad that the film handled this well. You can feel a good amount of power behind each of Batman’s blows which is always important. He strikes with minimal movement as each blow is very precise. The film does a good job of getting that across.

As for the villains, Joker is certainly the main one here. His voice will take some getting used to, but the character definitely gets a lot of respect here. He actually has Batman on the defensive a few times which is more than most villains can say. He actually looks really good during combat which is always nice to see. Grodd also looks pretty solid here even if he isn’t quite as impressive. He’s also a strategic mastermind in his own right so he shouldn’t be underestimated.

The other villains don’t get a huge role though. It’s pretty much unavoidable, but that’s why this concept could have really worked for a full TV season or something like that. Having Batman tackle all of the districts would be pretty cool. Aw well, either way we did get a bunch of giant robots for some fights so that was pretty neat. Then the quick Bane vs Batman scuffle was also pretty intense. It’s always nice to see Batman bringing out a whole lot of tech like this. He’s a genius and with prep time you’d expect him to have a lot of tools at his disposal.

We have to quickly talk about the ending though. It’s basically there for cool points, but makes no sense otherwise. So Batman…the guy who is always trying to hide his secret identity has decided that he’s had enough of that. He gets into a horse driven carriage that has Bat emblems all over it. Why would he draw attention to himself like that? It’s a moment that just feels really forced and I had to bring that up. Not a bad ending I guess, but in universe it just makes no sense.

Overall, Batman Ninja is definitely a fun film. It brings that proper blend of being a super hero film along with some anime inspirations. The fights are good and there’s not much bad to say about the film. The animation could certainly be more refined and the character designs need some work, but as long as you remember this is an AU then that doesn’t even matter quite as much. If you haven’t checked this film out yet then I would recommend changing that. It certainly has a good amount of enjoyment to offer you.