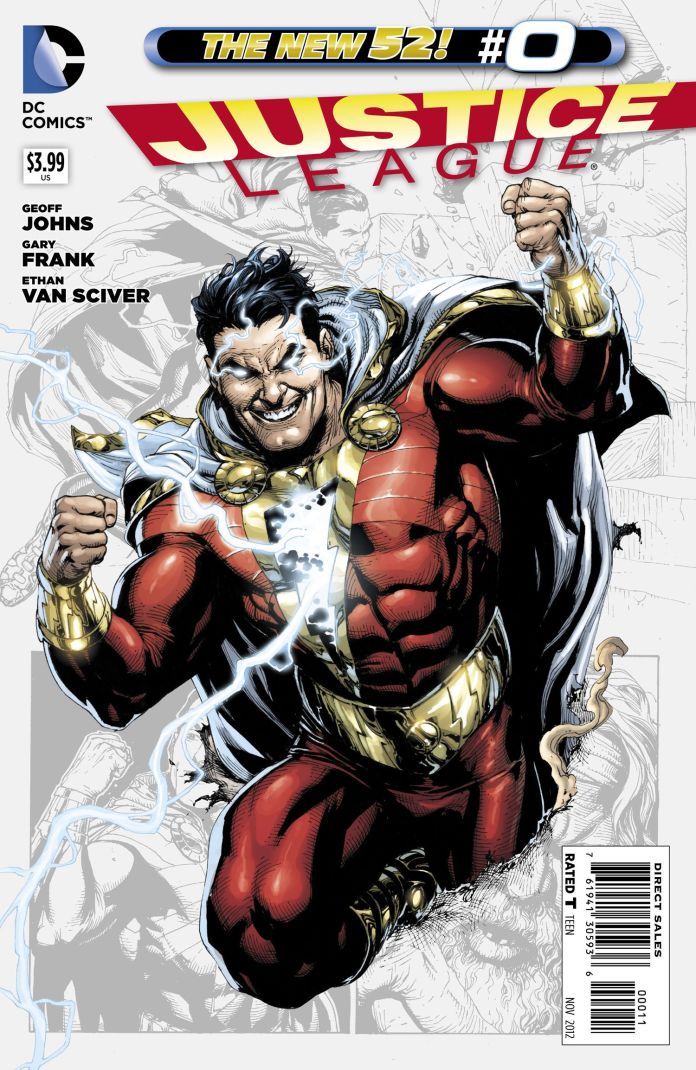 While at the theater for the Shazam movie they ended up giving out free copies of Shazam’s first appearance in the New 52 so that was pretty cool. It’s been a long while since I’ve read a single issue as I typically read the trades. I remember how Shazam’s new portrayal was always pretty controversial. He’s definitely a lot meaner than in his original days but it works pretty well. At least if you just judge from this issue, he’s pretty solid although he loses some edge once he transforms.

The issue starts with Black Adam beating up the wizard and then dashing out of there. The Wizard feels pretty shaken at this point and then a kid named Billy Batson shows up and threatens to beat the wizard up. While this isn’t the “pure good” person that the wizard was hoping for, he learns that maybe such a person would never appear. He gives Billy his powers and the kid turns into the powerful Shazam. He manages to get Freddy to believe that this is his new identity and then he goes around beating people up. The issue ends with Shazam realizing that he can potentially make a lot of money in his new form.

You can definitely see where the film took some events from while not adapting this 1-1. Shazam is definitely attracted to money pretty easily here, but hopefully he’ll use it to help the neighborhood out. Naturally there isn’t a whole lot that you can cover in a single issue but this does a good job of setting up the characters and events. Personally I thought Billy was pretty solid here. He seems like the kind of guy who protects his neighborhood from the shadows even if he’s not all that nice about it. As Shazam he definitely seems a lot more normal so maybe that’s a subtle effect of the transformation.

The art is definitely solid. While parts of it have that New 52 glimmer, others are a bit more rugged to try and fit the tone of the issue. The end result is a very good looking comic that’s easy to read and looks pretty impressive. It’s definitely very solid. There aren’t any fights yet of course, but once those come it’ll probably look even better. I suppose the weakest part is probably the humans and even that looks pretty good for the most part I’d say.

The New 52 still feels so recent, but I suppose at this point it’s ancient history. I never really kept up with the Shazam series, assuming he ever actually got one. If he was just relegated to side issues and guest star roles then that would be pretty unfortunate. There’s definitely a lot you can do with the character. After all, he’s basically Superman 2.0 so that makes for a good read. Then there’s the fact that Billy doesn’t let anyone mess with him. Makes for a very unique experience I’d say.

Overall, Shazam is a pretty solid first comic. I’d definitely check out the follow up issues. Somehow I don’t think that’ll be happening anytime soon, but next time I’m at the library I’ll definitely stay sharp. If you have never read the new Shazam adventures then I’d recommend changing that. With Black Adam introduced out of the gate and solid artwork throughout, the series is poised to really deliver on the action front in the future.