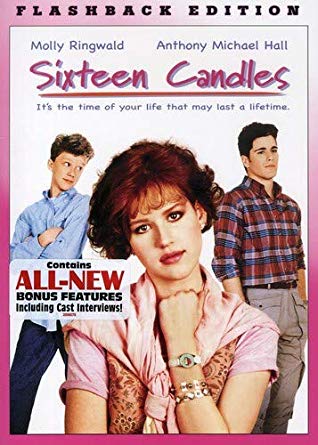 It’s time to look at one of those films that tries to do a lot of things and ends up not doing any of them well. The humor’s all a miss, the characters are weak, and the plot isn’t particularly interesting. That’s not a mix of elements that you want to have in your film and yet here we are. I’m afraid that this is a film that you will want to avoid, but it does remind you how rowdy school can get.

The film starts off by introducing us to Sam. She is ready to celebrate her 16th birthday, but unfortunate it has been completely overshadowed by the family wedding happening the next day. As a result nobody even remembered that it was such a big day for her. No worries though, the audience won’t forget because she whines about it for the duration of the movie. Sam runs off to school where she embarrasses herself by filling out a risky note and by mistake giving it to Jake. Sam then decides to at least go to the school dance, but this may not actually work out in her favor.

There’s not really anything good about this film and that’s always pretty unfortunate. Right from the start there’s quite a bit of language and so you can tell that the writing was not particularly good. It’s used as a crutch for the humor and the humor isn’t any good either. That’s already a pretty big strike against the film. Slice of life comedies/drama titles really depend on the writing to be good since otherwise there isn’t any other hook that the film brings to the table.

Then you’ve also got the annoying characters which doesn’t help matters. Samantha spends most of the film complaining and digging herself into bigger and bigger trouble as the film goes on. She seems a bit shallow as she only likes Jake for his looks. She literally knows nothing else about him. Then while she does fend off the advances of Ted for the most part, she doesn’t escape the interaction with her dignity intact.

The rest of the side characters are no better. Ted is definitely an awful character. He’s overly pushy and also isn’t afraid to take advantage of someone who isn’t in their right frame of mind. Any scene with him just drags on and on with no end in sight. Then you’ve got Jake who is the main guy. He’s not much better than the others as he basically gets ready to cheat on his current girlfriend. He is ready to move on from her as soon as the next person is available so he is hardly a very sincere guy. Hopefully Sam is ready for when things don’t go well.

There’s also a comedic subplot about the wedding going on, but there’s nothing funny about it. It’s all super exaggerated and a little on the gross side as well. The film tries to make both families look pretty bad throughout the exchange to the point where you are no longer sure if there is anyone to root for. It’s also definitely a little odd that the families didn’t meet until the day before the wedding or how the groom and bride didn’t know much about each other. I guess it’s convenient this way though.

Naturally there is a ton of romance here even if almost none of it appears to be genuine between the characters. It’s just everyone trying to increase their social standing by getting together with someone. It’s seen as a badge of honor in this film’s community and naturally that raises even more questions. Or it would if you actually cared about the film by that point. Most likely you will already have checked out by now. There isn’t anything to hold your interest here. You’ll just be waiting for the film to wrap its run time up so the disaster will have ended. I forgot what score I gave the breakfast club, but this one is definitely around that film’s level. In a lot of ways both films are pretty similar.

I suppose the only thing that works for the film is the crazy array of sound effects and strings of music. I figured it was just the channel trolling, but the movie decides to be bold with a lot of sudden sound effects everywhere. Characters constantly react literally (Like when a light bulb effect plays after a thought) and we even get some horror music. This part actually works a bit at least. If anything it’s a shame that the sound guy probably worked harder on the film than the rest of the staff.

Overall, I’d recommend staying away from Sixteen Candles. You’ll be cringing hard almost from the start of the film. I’d say that the premise was good, but it really wasn’t and the execution definitely didn’t do anything to help improve that film. Just stay far away from this film and you should be fine. If you want to watch a funnier film that still has some drama involved, I’d recommend checking out Groundhog Day. At least that one has a bunch of jokes that land and a time travel plot that holds up today.