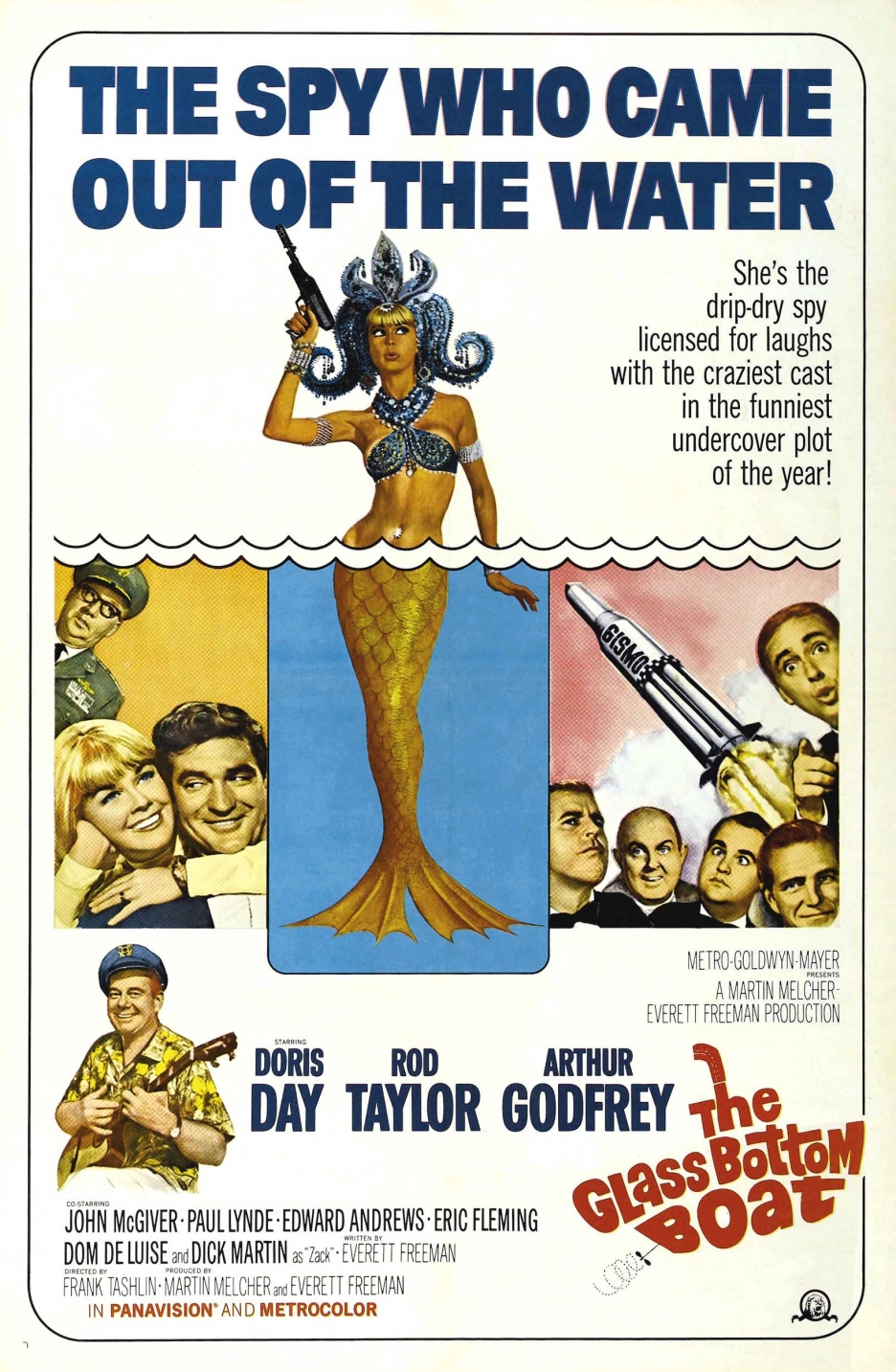 It’s time to look at an old spy parody that you may or may not have heard of from back in the day. It’s a pretty fun movie although perhaps one that goes a bit far with the romance at times. It’s pretty crucial to the plot of course, but none of the characters look particularly great by the time this is all over. It just goes to show that when spies are involved everyone tends to get a little crazy. America wasn’t ready for this subtle Russian invasion.

The plot starts with Jennifer acting as a mermaid in what should have been a normal day at work until she is accidentally reeled in my local fisherman Bruce. See, Bruce is a rich CEO inventor by day and a casual fisherman on the weekends. They don’t get off to the best of starts here, but they see each other again during their real jobs and they hit it off. Jennifer is glad to be a part of the office, but unfortunately some of Bruce’s co-workers seem to think that she is a Russian spy who is here to take his invention. Even Bruce starts to entertain this thought. Jennifer will have to decide how she plays this and meanwhile the real spy is still out there and getting ready to make his move.

Naturally with such a convoluted plot there’s a lot of good potential here. I do tend to like the parody genre. With such a large array of jokes at the ready sometimes they may fall off the deep end, but usually the films will at least be very entertaining even if they don’t end up getting a really high score. That’s the idea at the very least and I’d say this one succeeds with that as well. There are a lot of good humorous scenes throughout the movie. It’s very long so that gives the plot time to change over and over again. At first it’s a classic slice of life romance turned comedy and then by the end it’s a full spy operation with some fight scenes. It’s never all that serious of course, but the stakes do gradually get higher and higher. The film has changed quite a bit by the end from where it started.

Naturally most of the gags that involve the romance are the weaker ones. Jennifer is extremely oblivious to the point where she makes some big mistakes near the beginning. One of them involves getting intimate with the wrong person for quite a while before she notices. That’s….pretty iffy and if anything Bruce should take that personally since she somehow didn’t realize that it was him. Then you’ve got all of the American generals and army officers falling head over heels for her which is pretty iffy. It goes to show that none of them ever had the strength of will that you would hope they have. Maybe Russia really would win the Cold War based on this film. Their agent was certainly a lot more impressive than the US ones.

There’s a lot of slapstick humor here, but it’s all handled pretty well. The scene of Jennifer and the electrician getting stuck was pretty intense. Certainly not realistic in the slightest of course, but that kind of absurd humor can definitely work pretty well. It’s like Tom and Jerry to an extent. Whatever the heroes would do only kept on making the situation worse and worse for both of them. Then you’ve got the personal robot who does too good a job of making the place clean. Throwing in that sci-fi angle was pretty fun.

As far as the characters are concerned, I think your mileage will vary. Jennifer means well, but she definitely is a bit too oblivious. Once she finds out about the spy stuff her plan was pretty reasonable. Might as well humiliate everyone involved right? If she was a few steps quicker she would have really gotten out of the whole situation without anyone being any the wiser. Inevitably they would find out, but not until it was too late. Usually Jennifer ends up losing her meetings with Bruce as I’d say it was more embarrassing for her, but she always kept up a straight face so that’s good.

Bruce is pretty good in that he kept believing in Jennifer the whole time. He had his small momentary doubts, but for the most part he kept taking her side even when everyone else was against her. That being said, the romance did happen awful fast and I wouldn’t really say it worked well. There’s nothing really wrong with Bruce, he’s fairly generic, but a good character all around. Then you’ve got Axel who is Jennifer’s dad. He doesn’t get a particularly big role, but the scenes that he does get are definitely solid. Seeing him take down multiple agents was pretty intense.

Then you’ve got Homer who is the chief of police. For the most part he was a great character although even he fell for Jennifer’s charms by the end. Too bad since before that he was on point. Sure, he ended up being wrong, but at the same time he really did his due diligence. You almost can’t blame him for coming to that conclusion since all of the evidence pointed to it. It just so happened that he was seriously at the wrong place at the wrong time. It happens to the best of us. He was way better than the American general after all, that guy cracked fast.

Overall, Glass Bottom Boat is definitely a pretty fun film. The humor can get pretty crazy and wacky but all in all it’s a quality experience. A lot of the early gags end up playing a role later and small references become important by the end as well. It’s just a very well thought out movie. It’s a long parody to be sure, but it’s one that has time to do everything it wanted to accomplish. There are quite a few characters here and we also do get a real climax. By the end Jennifer and her dog are running away from real villains and there are some good stakes here. These villains don’t take prisoners after all so if the heroine doesn’t run she would be in trouble. Especially since the US officers are taking their sweet time. I definitely recommend watching this film if you haven’t seen it yet. You don’t really see too many big parodies anymore so you really want to check out as many of the classics as you can.