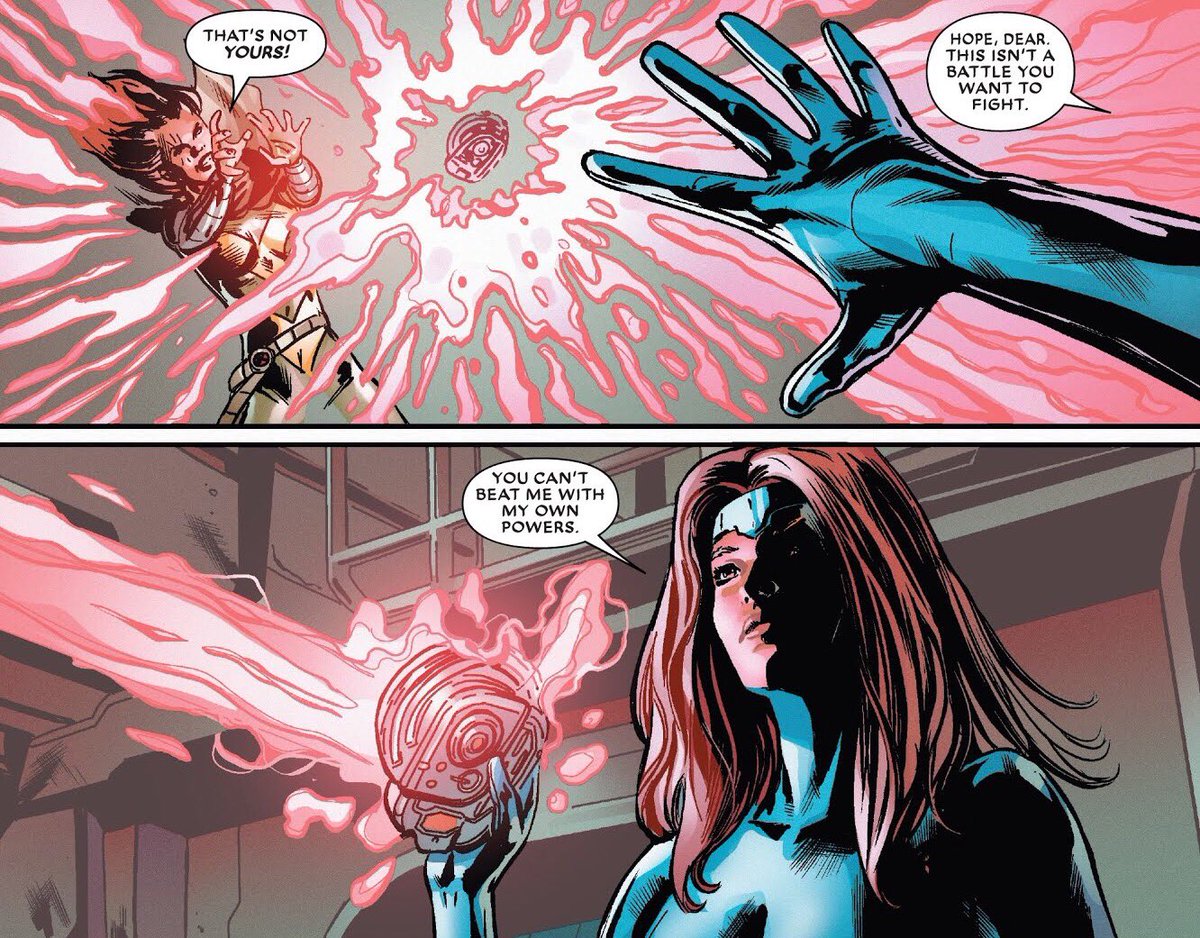 This is a tribute to Dark Phoenix. Hope Summers is definitely a very powerful fighter and one of the best modern Marvel characters. At this point it may be a stretch to say that she is all that new, but I would still consider her to be recent. She is incredibly powerful and has had the Phoenix Force as well, but I wouldn’t say that any host has ever reached Jean’s level of abilities. She is still the most powerful TK user in Marvel and while Hope would give her a great fight, ultimately she would be defeated. Jean Grey wins.