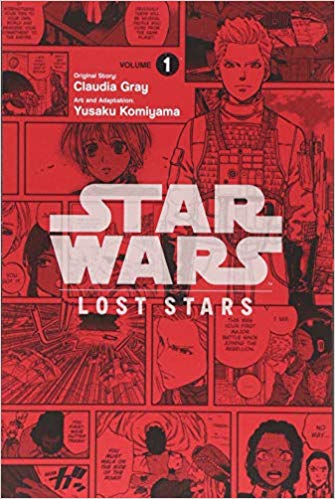 It’s time to look at a recent Star Wars manga that had quite an abrupt end. I didn’t even realize that the manga had just ended after reaching the final chapter. In my defense there was no real closer page or a big “The End” to close things out. I suppose there couldn’t be too much of an ending since the films have to continue things, but I can’t help but feel like there should have been more here. I heard that there may be an epilogue floating around somewhere, but for now I’ll have to treat this as the ending.

The series follows a pair of characters Thane and Ciena. They both grew up on different planets, but eventually grow to know each other thanks to the time they serve in the Empire. Both of them rise up the ranks, but one day the Empire decides to destroy Ciena’s home world to prove a point. This is too much for Thane and he deserts the empire. Ciena stays but figures they can still meet up once in a blue moon as long as Thane doesn’t join the resistance or anything. Well…Thane joins the resistance and now the two who used to be close friends may end up being each other’s worst nightmare.

The series is mainly told from Thane’s point of view so for the most part we’re always seeing Ciena as the antagonist. That being said, he never stops seeing her as a friend so his goal is simply to convert or capture her in order to break Ciena’s tie to the empire. It won’t be easy, but he is one of the most talented fighters in the rebellion so that certainly helps.

It’s hard to deny that Thane is on the right side here. We know that the Empire is evil and they don’t really bother trying to hide that fact either. They’re just playing on the fact that everyone wants a ton of power and it works with Ciena. I don’t think there are any great reasons given as to why Ciena stands by them the whole time, but again this is mostly from Thane’s perspective. He’s a reasonable character with good goals. Thane won’t leave much of an impact on you but he’s not bad, the guy’s worst trait is simply that he’s generic.

Then you have Ciena who has essentially been brainwashed by the Empire. No matter how much they threaten her or commit evil acts she is on board to stop what she believes is the greater evil. By the time she is ready to pull out it is simply far too late to really make much of a move. Even to the end she is ready to go down with the ship. Hopefully the rebellion is as nice as they seem or the series doesn’t have a great ending for her. With Thane there I don’t think it’ll be a problem though.

The only other big character here is Nash. He was also friends with the other two characters, but he can be very fanatical about the Empire. They can do no wrong in his eyes and he just wants to climb the ranks. Interestingly he doesn’t waver from defending Ciena and would be a good friend if he was on a different side. It’s almost a shame that he grew up in the Empire environment since he doesn’t seem like a bad guy, he just made a lot of the wrong choices over the years. The ending sets him up to be a pretty big villain so if this ever gets a sequel that would be pretty interesting.

I enjoyed the artwork for Lost Stars. It is pretty detailed but manages to stay clear as well. You can always tell what is happening and makes for a pleasant read. There aren’t too many real fight scenes so the artwork doesn’t get to really test its hand there. Regardless this would be one of the positives in the series for sure.

There’s a lot of romance here and while it’s not terrible, it does have its off moments. One such time is when Ciena and Thane meet up again after being apart for a super long time and decide to hook up again. It’s basically the equivalent of a one night stand as they dash off again and the whole thing felt a little pointless. I think the story could have focused more on their friendship and it would have been a better dynamic than the romance angle. Stories of friends choosing different sides is always intense.

Regardless it is an interesting story and at the end of the day that’s the most important thing. It’s sort of like looking at how the war affected your average joe characters as opposed to focusing on the heroes each time. Despite having over 30 chapters I wouldn’t say that a ton happened here. Fortunately the writing was pretty strong so that’s not really an issue. You’ll have a good time as you read through it. It also does set up the potential sequel really well which is where we would get a nice payoff for all the character development here.

Overall, Lost Stars is a solid Star Wars title. I would have liked to have seen more Jedi and Sith getting some action scenes here. That would have really sealed the deal to make this a super solid Star Wars title. As it stands, it is pretty good and I would recommend checking it out. I’m not ready to say that it is the definitive manga experience though as it should likely be surpassed by other Star Wars titles. It’s definitely more of a drama/romance than what you would usually expect from the series, but it works out well or at least better than expected. We also do get the space ship fights so don’t worry about that. This review’s a little shorter than the average manga look through because there just isn’t a lot to talk about here. Doesn’t take away from the quality though. 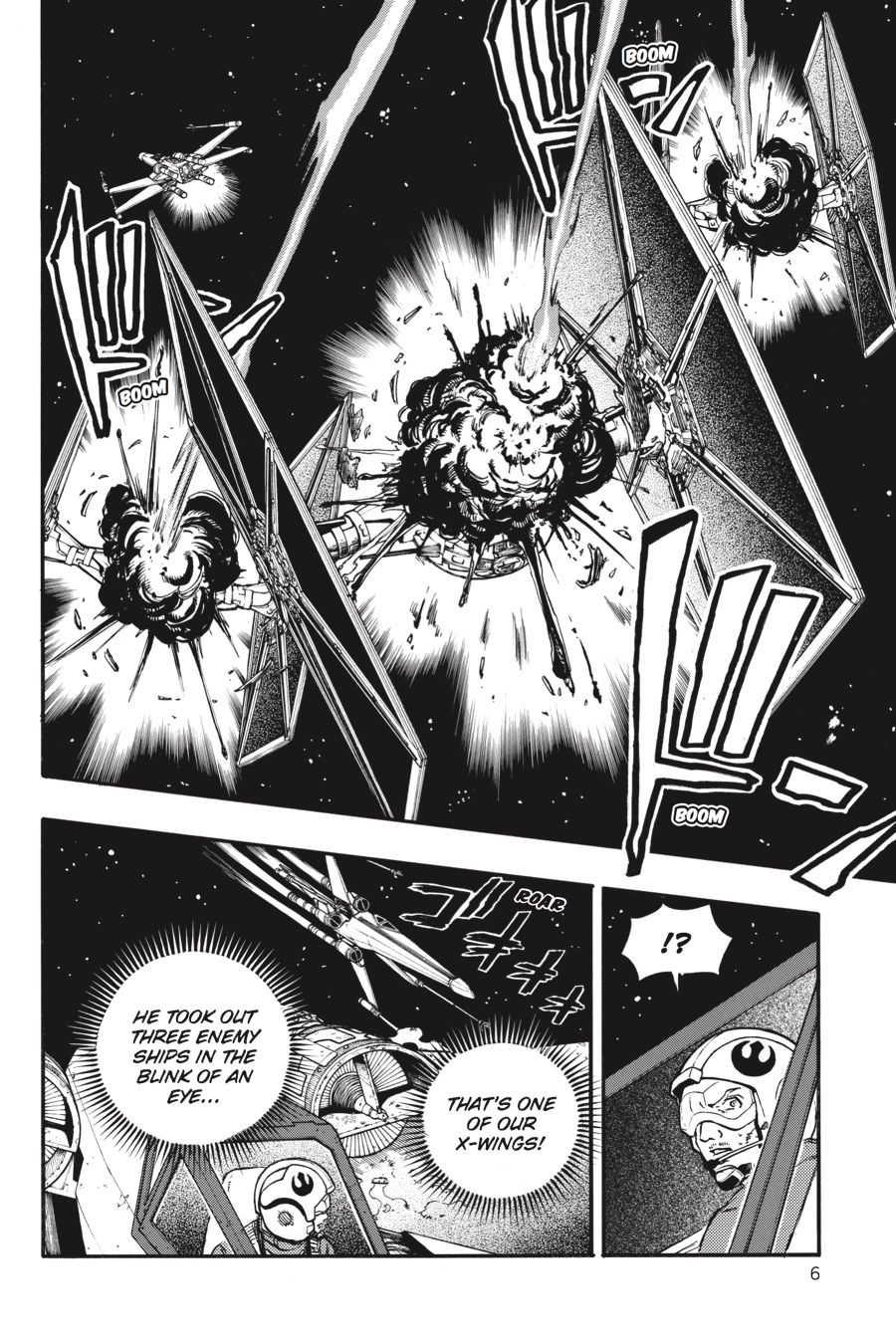