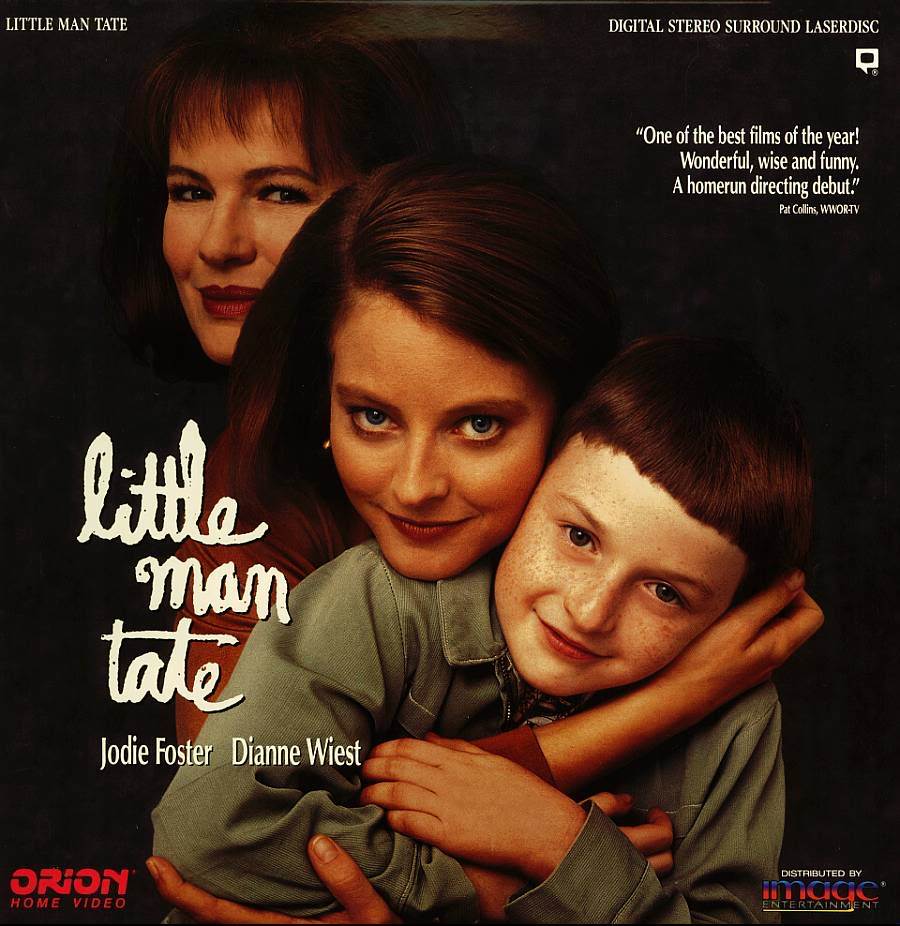 It’s time to look at a film about a kid who is super smart. It can always be tough growing up as a genius because the world around you just seems like it’s going in slow motion. The film gives a good look at the pros and cons of either going to hang out with the other geniuses or continuing to try and lead a normal life. The main kid can be a bit annoying though.

The film starts off by introducing us to a class working on a piano number when the main character Fred decides to play it backwards to style on everyone. His Mom DeDe picks him up and they have another happy day as normal. Things change when a secret organization finds out how smart the kid is and so they send a pamphlet to the kid’s house. Dede is against sending him away but it’s what Fred wants to do so she relents. Will the place be quite as fun as Fred thinks it’ll be or will he regret not staying with his Mom?

Fred is still a very little kid so you do have to cut him some slack. I don’t know how old he is since I really can’t determine age with them. 3 year olds look like they’re 8 and vice versa. I can start to decipher age a bit better once they turn into teenagers but even then it’s super hard. I don’t think I’ll ever have a firm grasp on age and that’s fine, I can’t think of a scenario where I’ll ever need that. Either way Fred’s just a kid. He does a reasonable job of handling himself around the other kids. It’s hard for him to make any friends and so he tends to jump the gun when someone is just being friendly. He doesn’t mope for long or get depressed which is good. Really he just had 2 big iffy scenes.

The first is when he comes back from his vacation and insults DeDe. The whole scene was pretty random because out of nowhere he’s just being really rude. It doesn’t last for long but it was tough for DeDe since she had gone to such lengths to paint a piano for him. Then there was him declaring that his Mom was dead on TV which was another scene of him being pretty over the top. The pressures just finally got to him. By the end he realizes that DeDe was right all along and his character arc wrapped up. It would have been nicer if he could have realized all of this sooner, but I suppose a lot of time people just have to figure things out the hard way. You can advise and warn them as much as you want, but it just won’t work out. Again, Fred is a kid so it makes sense that he’ll have a lot of weak scenes. It’s why kids can’t hold their own films without a strong supporting cast.

As for that supporting case, Dede definitely did a good job of keeping things together at home. She’s not seen as too smart in an academic sense, but she definitely shows great intelligence with how well she handles the whole situation. As a single mom she has to work, manage the house, and raise Fred at the same time. She does all of this flawlessly and you never see her acting down around Fred. She keeps her energy up at all times and does her best to shield him from danger while also letting him pursue his dreams. The scene where Dede threatens Jane is also good because you do believe that she would finish the job. Dede is very protective of Fred and makes for an excellent Mom. Additionally she never takes any of the insults or jabs at her seriously and just lets them bounce off. Dede’s easily the best character in the film.

Then you have Jane who effectively represents the dark side of the force. She gets Fred to come with her as she leads him learn as much as he can about the world. It’s a little unfortunate how her character arc goes at times. For most of the film she is portrayed as being a very nice/capable person as well. She may have different values than Dede and had a much weaker argument, but at least she was doing everything that was best for Fred. Towards the end of the film the writers randomly made her a lot more oblivious like when Fred had a nightmare and she told him to get some water. This really went against how caring she had been in all of the earlier scenes. This leads to the climax where Fred realizes that he made the wrong call.

We still get a happy ending and that includes Jane who quickly goes back into character. There was just a brief period of time where we went through the Home Alone syndrome where the nice new lady has to look bad to make the old one look better. It wasn’t even necessary here since Dede was a great character either way. In general I would say that the writing was pretty good here. The characters are all written realistically so you don’t get random bullies running around or things like that. The scene of the college students watching Fred’s textbook for example is a fun enough scene. Rather than picking on him most students in such a setting likely would do that. When you’re the smartest person in a class people will gravitate towards you right away. There was even the one nice student who hung out with Fred for a while even if he didn’t intend for this to be long term. It was a nice apology for hitting him with the Basketball.

The film is fairly happy all the way through with some sad scenes sprinkled here and there. Typically the film is sad when Dede or Fred aren’t having a good time, but don’t really have a good way to get out of the situation. For Dede she usually just has to deal with it until she can see Fred again while for Fred he isn’t able to connect the dots that he would rather be somewhere else. Then you’ve got Jane’s partner who has to eat burnt dinners all the time. He never really gets anything to do, but seemed like a pretty humorous character whenever he was on screen. The guy just never got to do anything. There’s also the tough kid from the early part of the film, but he doesn’t have much of a role except to show Fred that sometimes fame can get to your head.

Overall, Little Man Tate is pretty solid. When you’re a genius you process things differently than everyone else so it is an odd feeling. Nobody can ever truly know the inner workings of someone else’s mind so it’s hard to say how it would feel, but the film’s interpretation is pretty solid. At the end of the day your core personality is still the deciding factor on how you will have fun. You could be the smartest person in the world, but still not care much for school and you would still like to just hang out by the pool all day. For others they would prefer to be super busy. In Fred’s case I’d say he learned that it’s just more fun to be around family and hang out by the pool. It’s hard to beat that life after all. If you haven’t seen this film yet then I’d recommend checking it out. It’s got good range from the sad scenes to the happy ones and makes for a complete experience.