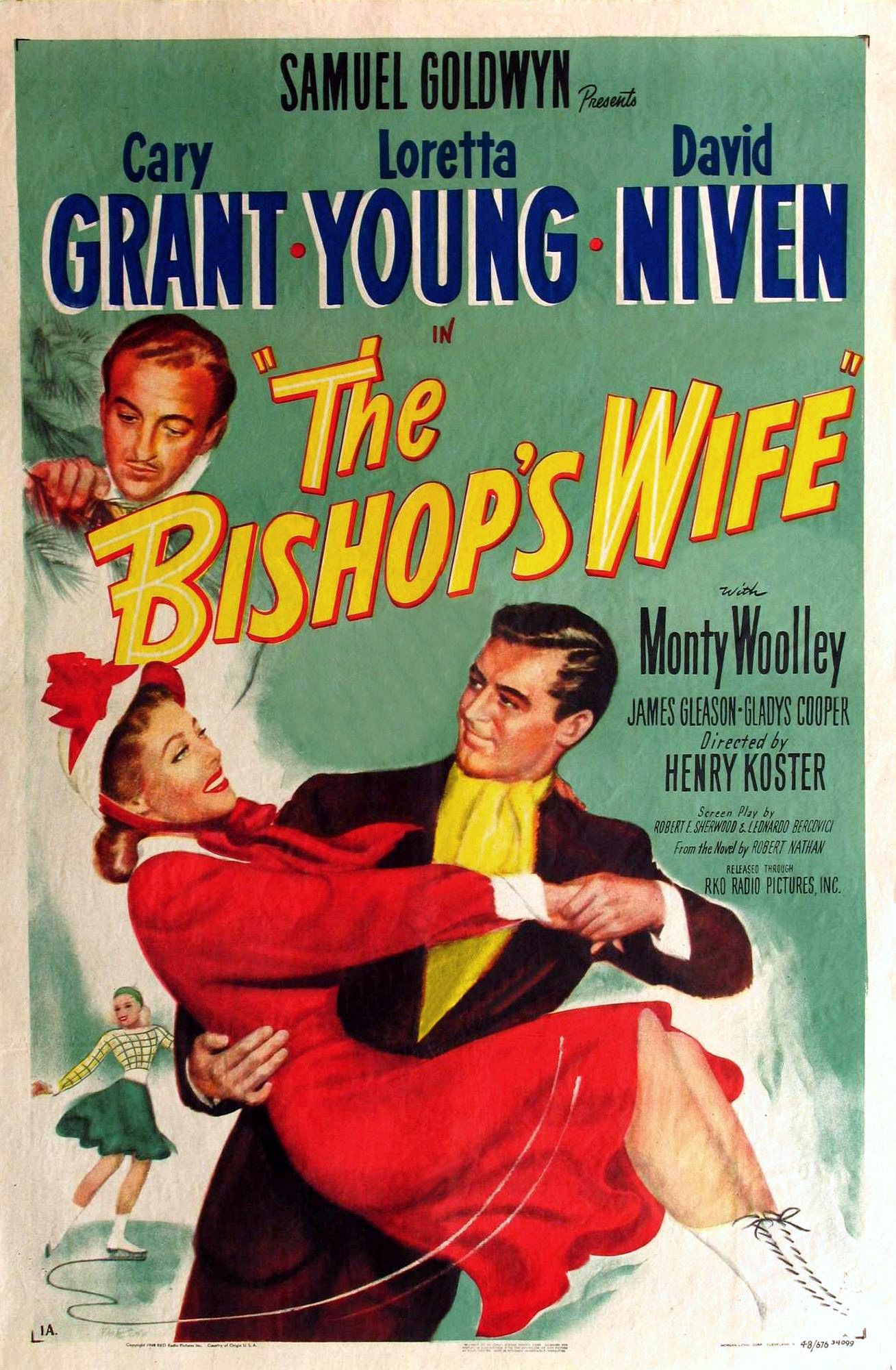 It’s time to look at a film that takes a very different look at what it could be like if an angel showed up to help you out. It’s an ambitious take on this and one that makes for a pretty entertaining adventure even if it doesn’t seem like it would be all that accurate. The ending gets awfully close to wrecking the movie but fortunately it is left to interpretation so I can interpret the ending to not be a total film wrecker.

The movie starts off with Henry having yet another fight with the funders for the new cathedral he wants to create. In particular the main lady wants a lot of the credit for the church like her husband’s name to be written inside. Henry is determined not to compromise on this issue as he rightfully feels like this would be a bad move. Having anyone’s name inside or altering the illustrations is just taking attention away from God. The last place where you want to have symbols and statues honoring an investor and capitalism is in a Church. So now the bishop is in a rough patch and it is affecting his marriage. He keeps choosing the church over his wife and cancelling their plans at the last second. He then prays for guidance, which causes the angel Dudley to show up.He claims he is here to help, but it seems like he is causing Henry nothing but trouble. Is it possible that Henry summoned someone from the wrong side?

Henry spends a great deal of the film being really skeptical of Dudley. I think it should be apparent pretty early on that he is a supernatural being at the very least since he can teleport and opens locked doors. Henry then switches his story to thinking that maybe Dudley is a demon. I’ll give him some credit here, at least that’s a better theory than Dudley being some random joe. The theory also gets a little stronger when he starts actively sabotaging Henry. Henry makes the wrong choices for pretty much the entire film, which is why Dudley keeps taking him down a few pegs. The idea seems to be to make sure something bad happens to Henry every time he makes a mistake and in theory then he will stop making mistakes. While an effective plan, it’s another one that you may not expect from an angel.

Henry is a hard character to root for here because of how often he makes mistakes. I think the most telling scene is when he meets with the old lady and decides to put her husband’s name in the church. By doing this he betrayed both the Church as well as his wife in missing the recital. It’s the worst of both worlds because now he couldn’t even stand by his ideals. At least by the end of the film he has seen the light and will start to be a good person again, but it certainly took him a while.

So let’s talk about Dudley because he is certainly the most important character here and the film will live or die based on how much you enjoy his character. He is a very confrontational angel and one who isn’t above using intimidation to get what he wants. His first scenes show him helping out around town which was good. He also has a chat with a professor which I feel like was just him intentionally trolling the poor chap. It’s once he meets Henry that he really begins to get intense. He stares the guy down a lot and goes as far as to completely sabotage him when Henry makes the wrong decision. Dudley will not let you have it both ways. Henry wanted to do everything but often times you can only make one choice which is what Dudley wanted to prove to him.

While Dudley is a lot of fun, there are definitely times where he can be a bit much though. The scene of him forcing Henry to give him money was a bit shady.It’s practically robbery since the bishop couldn’t refuse. Then there is the possible hintings of a romance plot with him and Julia. The film leaves it up to interpretation to an extent but even just leaving the hints and such isn’t a good idea. The film humanizes the angel to the point where it comes awfully close to making him human. By the end he is saying that he wishes he was a human and I just doubt that an angel would ever want to take such a step down like this. Was it all an act? Perhaps, or part of it at least but the film did give him the extra scenes of being sad at the end which hints that he was genuine about part of it.

It’s also a shame because it goes back to the whole “A man and a woman can’t just be friends” argument that films try to shove in your face. Not only is this a completely wrong statement, but it makes it harder for people to actually try and be friends in the real world. You’ll always be weary that the other person actually likes you. The film would have been so much more wholesome had they just stayed good friends. I think all of Dudley’s early gestures could be seen as just a nice guy trying to help everyone out. He could be a bit heavy handed with the complements, but that was it. However, the ending really ruins the nice intentions and puts all of his scenes in a different light. It was enough to take a star off the film.

Meanwhile Julia is a great heroine. She does her best to keep everything in order as Henry goes through his phase. She’s pretty patient considering everything she has to put up for with the bishop. She even feels guilty about having fun for a while since it’s so out of the norm, but gradually gets used to it. She also proves to be faithful in the end by not entertaining any kind of affair which is always great to see. Then you’ve got her mentor, the aspiring writer who shows up now and again. He was a fun character and I’m glad he got a happy ending with the endless wine. He was getting trolled quite a bit in the beginning so this helped him get the last laugh.

Romance plot aside, the film’s writing was quite strong. I think it had more humorous scenes than I’ve seen in quite a while for a film. The characters all looked really good and every time Dudley would stare someone down it was epic. The gag of something happening every time Henry would try to out Dudley as an angel was handled really good as well. The writing being so strong is part of how the film managed to survive the climax.

Overall, The Bishop’s wife is a pretty good film. The message of the movie is pretty good. It’s all about having priorities in your life and if work gets ahead of your family then you’ve done something wrong. Dudley certainly did help Henry realize this even if the film came close to slipping off the boat towards the end. The important thing is that it ended up sticking the landing. If you haven’t seen this movie yet then I’d recommend checking it out. You’ll have a good time.