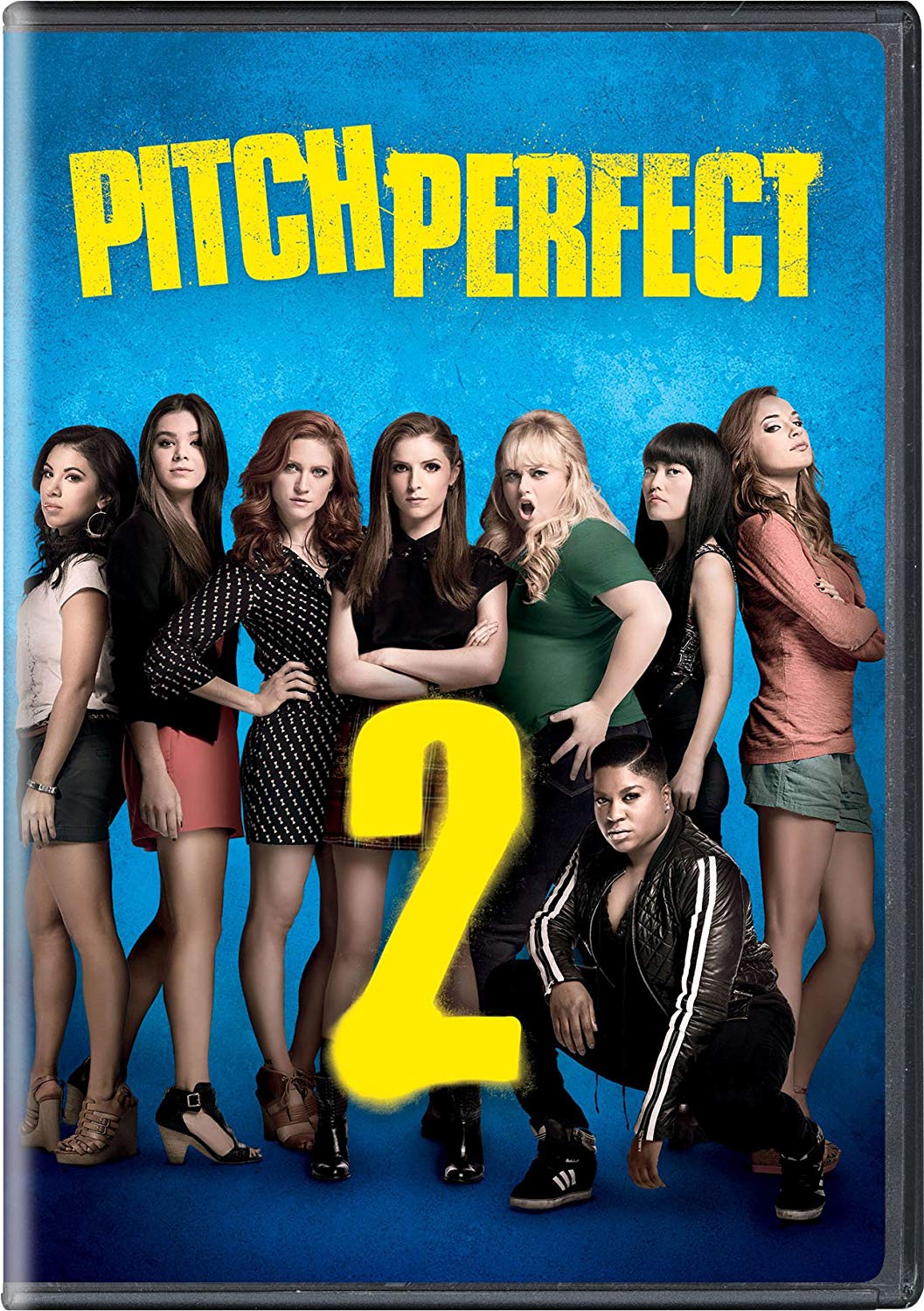 It’s definitely been a while since I saw the first Pitch Perfect. The series definitely goes for a very “Bring it On” vibe throughout and this sequel is no exception. A film being about A Capella is definitely still pretty original since that’s not the most popular form of entertainment out there and the movies consistently make you aware of this fact as everyone comments on it. Unfortunately I can’t say that this film was a success, it makes pretty much all of the mistakes you would expect.

The movie starts with the Bellas performing on another grand stage. Unfortunately there ends up being a mishap involving Amy which shames the group and puts them in a global controversy. Their group is now about to be disbanded. Fortunately, due to some quick thinking on the group’s part they are going to get a second chance. If they want to keep the group alive then they are going to have to win the world tournament. The problem is that America has never won it before and the commentators mention that nobody likes the U.S. so it’ll never happen. Still, at least now they have something to fight for!

The group isn’t in perfect sync at the moment though. Beca still enjoys this competition, but she is ready to move on with her life and has begun an internship at a big music recording studio. She is actually having some success here, but keeping this big secret is threatening to ruin the group forever. Meanwhile a new girl named Emily has shown up and she really wants to be a Bella. Her Mom was one and always mentioned that it was the best time of her life. Emily is doing her best to fit in, but the only issue is that the others are giving her a hard time and the group may not even exist soon. Still, she is ready to give it her all. Can the girls find a way to win this tournament against the German favorites DSM?

Well, I guess we should get into the positives first because they are outnumbered. Some of the songs can still be catchy. I always like the idea of a Capella battle which is just really cool. One group starts a song and then when the judge gives the queue the next team has to immediately jump in with a different song, but tuned to the same beat. In a sense this means the first team will always have the advantage, but since they’re starting they need to pick a song that picks up right away. This film has a bigger song battle than the first film as it is around 4-5 groups all going at it. It’s easily the best part of the film and really should have been the climax.

I also liked Sammy. He’s Beca’s boss at the studio and is really a scene stealer. He’s definitely a bit on the rude side, but definitely does know what he is doing. He’s got a real quick wit when it comes to music even if he is considerably slower on the take when it comes to learning someone’s name. That’s one thing he couldn’t wrap his head around. His dynamic with one of the interns was also pretty fun as the guy kept on throwing ideas, but Sammy really didn’t like any of them. Honestly I didn’t think that the guy’s ideas were all that bad. At least he was trying right? This is exactly why some people don’t volunteer ideas because you don’t want to get shut down like that. I think part of what makes these scenes work though is the intern never loses his nerve and keeps trying to talk anyway. He certainly doesn’t take it personally and it takes a lot of fortitude to keep getting back up.

I thought Emily was also a reasonable character. She wasn’t as strong as Sammy, but at least she had a lot of enthusiasm and wanted to help make the Bellas better. It’s hard to excuse her for messing up in the music battle since that was a bit selfish, but otherwise I don’t think she made any mistakes. She felt more like the main character than Beca this time around with how much of a focus she got. Without her in the squad ironically not much may have really changed, but I’m sure her optimism helped the group out a lot off screen as well.

Now lets get into the bad parts of the film. First off, the writing is pretty terrible. Almost every line is someone making a dirty joke or just saying something super offensive for no real reason. The latter kind of humor can work if handled perfectly like in Airplane, but you really have to have talented writers to pull it off. Otherwise everyone just ends up being unlikable and you’re always getting ready to cringe at what’s about to be said next. There is really no safe point where you can just wait for it to all go away.

The romance plots in the film are all handled poorly as well. This is to be expected, but they all move very fast with no realistic development. You’ve got the magician who likes Emily but can’t even form a coherent sentence together. Then you have Amy and the other guy whose romance goes from being completely shut down to then they are back in biz. If I were the guy I’d be a little worried since Amy constantly hints that she will have a hard time sticking to one guy so that really does not bode well.

Meanwhile Beca isn’t quite as good as she used to be. Her keeping the massive internship secret was not a good idea. She also gets overly defensive about it when pushed which is just playing the blame game at this point. Beca also gets completely defeated by the leader of DSM in every single confrontation they have, which was not a good look. She may not be the leader of the team or anything, but she is a senior member so you would expect her to stay strong and at least have some kind of retort to the antagonists. By losing each time she really lost her chance of being a capable member.

Then you have Amy whose gimmick revolves around constantly using self deprecating humor on herself and also leads the charge for most of the iffy jokes. She’s the one who gets the group into trouble at the very beginning of the film and doesn’t really stop from there. Her character is definitely the most extreme from the group but it doesn’t always work out in a good way.

There are other characters on the Bellas and some of them have a good sized role but not to the same extent as the big 3. Mostly they’re just here for humor scenes and the leader is the only one who gets a role. She has good reason to be upset since none of the others seem to be taking the team seriously at times. She did invest multiple years on the team so to watch it go down like this is tragic.

The film did a good job of picking commentators who really sound like professional ones in real life. The humor there is supposed to be in how crude they are while announcing. I’ll grant the film that the voices are on point and sometimes they land a good joke but usually the guy goes a little too far. Both of them constantly walk into the insults and then throw some more of them out there.

As for the climax, that one was underwhelming. I didn’t mind the songs in general. Using a competition to end off the film is a good finale. It’s just that the film really gave the Bellas a bad song to end things off with. DSM’s song completely blew theirs out of the water so it’s hard to see how the heroes won that match. I suppose going for a brand new song is a pretty bold tactic, but not one that would win you the world championships. Of course music is completely subjective, but for me it was one of the weakest songs in the whole film so ending off with that was…interesting. It really didn’t have energy compared to DSM’s.

Overall, Pitch Perfect 2 is not a sequel that takes the series to new heights. It makes all the mistakes it possibly can. The plot makes sense for a sequel as you can’t get bigger than the world championships and adding a new main character was good since she was better than most of the established ones. That being said, she couldn’t help carry the film. More scenes with Sammy would have been great since he was definitely entertaining. This is the kind of film that may be fun as you are watching it, but ultimately falls well short of being a good title. If you want a better musical film you should check out Camp Rock or High School Musical.