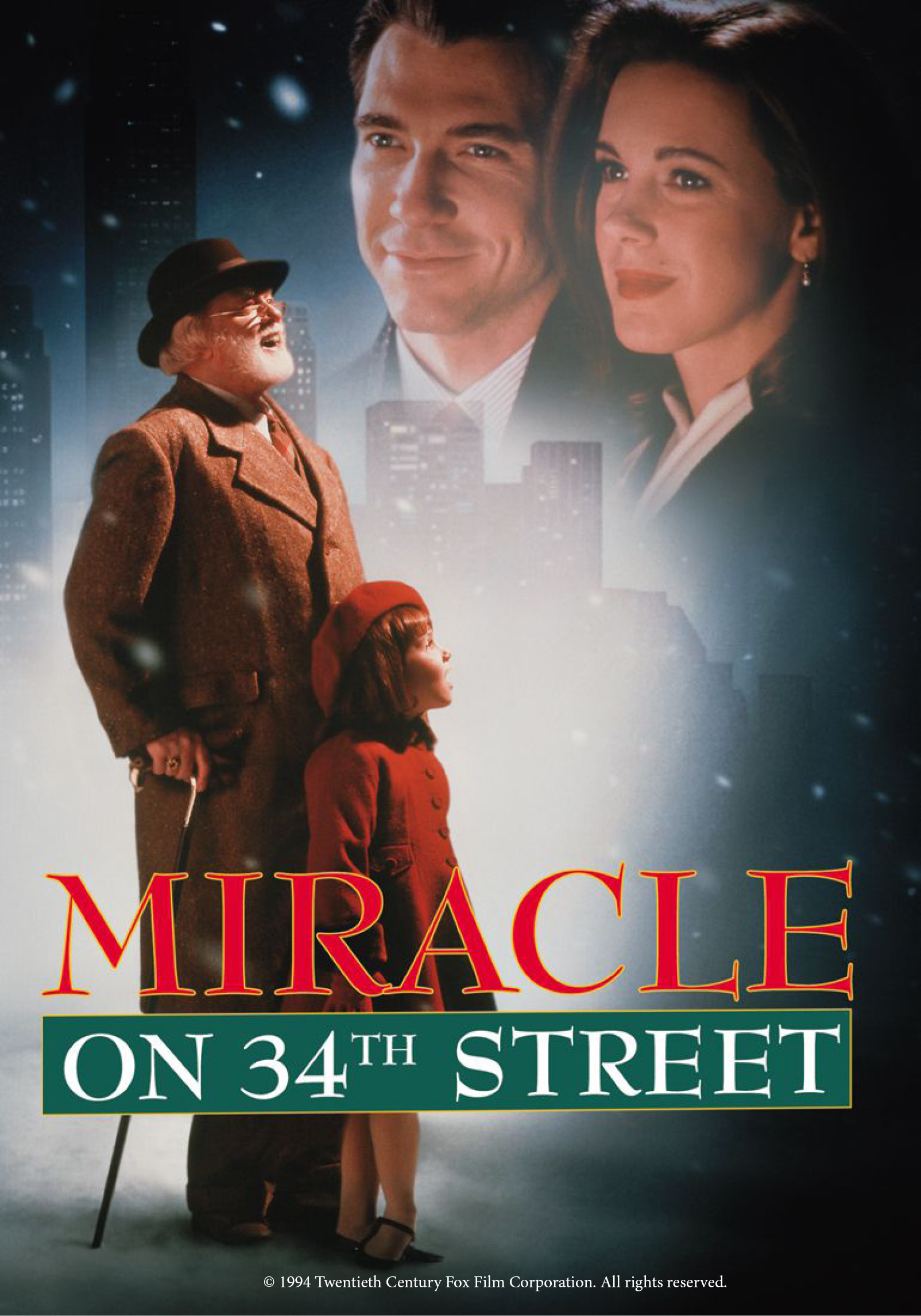 It’s time to look at another adaption of Miracle on 34th Street. It’s definitely a pretty well known story to have so many adaptions and it’s a story that doesn’t grow old so it’s always cool watching it again. This film does a good job of telling the story. There really isn’t a lot different from the others if you ask me, but it’s all executed well as expected. I dare say that it may even beat the original this time around. There are no real weaknesses here although Santa is a little more emotional than I’d expect.

The movie starts off with Kris (AKA, possibly the real Santa) noticing that the Santa who would be in the big parade is drunk. He’s pretty outraged about this and scolds the guy before going on his merry way. Dorey shows up and fires the guy before heading over to Kris and making him the new Santa. It all goes very well for a while with Kris helping the store’s reputation and making everyone happier. The villains don’t like this though so the rival store hires two thugs to bring the drunk Santa back and frame Kris. Kris will have to think quickly in order to turn things around or he may spend a long time in jail.

One change here I suppose is that corporate is more of an active villain. The CEO actually gets complete villain music accompanying him and his two lackeys are basically the villains from Home Alone. They’re not the brightest characters around and tend to make a mess of things, but they keep on trying. They actually do get some success in the end with their framing plan so I have to give them some props here.

I have to take props away from Kris though. He gets easily tricked and provoked by the villains pretty quickly as he takes his cane out and whirls it around like a weapon. It’s not very hard for the villains to make it look like he’s making an attack and the drunk follows him around outside to seal the deal. Didn’t anyone see this guy harassing an elderly citizen? It’s a shame that nobody on that block had the courage to defend him or to at least back up his story of being provoked. The thing is though, Santa shouldn’t have resorted to violence so quickly anyway. He needs to be the bigger man in this situation and in the end he just didn’t pull it off.

As for the other characters, we’ve got a good cast. Susan is better than the average kid character in most films. She is skeptical of Santa existing which is good because he is fake. I’m actually with Dorey here on not teaching her kid that Santa is real because it’s good to keep them honest from the start. Even if you let the kid choose for herself if she wants to believe in Santa or not, you shouldn’t be trying to convince her of something that’s not true. Dorey could let her be into more kid stuff, but she didn’t seem unreasonable and I dare say that Susan turned out pretty well from what we saw.

As a result I’m less on Bryan’s side here. He is really trying to push the Santa angle despite it not being what Dorey wants. He really shouldn’t be surprised when she turns down his proposal which also was a little bit out of the blue. He seems like a nice guy for sure, but given how long he’s been with Dorey he really shouldn’t have been quite as surprised as he was at her answer. It seemed to be pretty in character for her.

Then we have Dorey who is a pretty solid character. She is absolutely a facts person who has no time for Santa or things like that. She’s also handled the annual parade for so long that she doesn’t really care about it anymore. I suppose if I was doing the same parade year after year I probably wouldn’t care about watching it and would just take a nap too.

One of the best parts of any film with a court scene is the actual court scene and this movie was no different. It was a lot of fun to see Kris enter the stage and to have everyone making a ton of comments. Kris did almost ruin the whole thing again and proved himself to be a tough character to root for, but everyone else was ready to do the majority of the legwork. It’s a fun set of scenes and managed to stay entertaining all the way though.

Miracle on 34th Street has good pacing and is just a lot of fun. It’s a solid film to see on Christmas especially, but would hold up well at any time. The writing is sound and the character cast is good. Kris is weaker than in the previous adaption, but it countered by having a better kid and I do like how the villains were handled as well. It’s fine to have them get a little extra animated considering how much money is at stake. It’s reasonable for the villains to be trying anything they can.

Overall, What more needs to be said? This is a very fun film you can watch with the whole family and debate on if Santa is real in this film or not. The movie is fairly ambiguous on it and you could make the case that some things don’t make sense if he doesn’t have supernatural abilities. Personally I think that this version of Kris just was a bit insane. At the very least he seemed to take things literally a whole lot and didn’t notice when people were making fun of him or putting him in a bad spot. Being the real deal doesn’t mean he had to be smarter, but it would have helped his case. If he is a bit crazy then it’s fine for everyone to be tricking him the whole time.