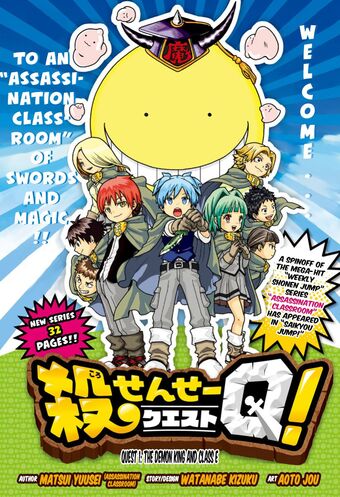 It’s time to look at a parody/comedy spinoff to a main manga that wasn’t even that good to begin with. From the start you can tell that this was going to get a little messy and unfortunately it was as bad as I thought. Mind you, I wouldn’t call the manga terrible or anything like that, but it’s pretty bad. You probably won’t even crack a smile as you read through the gags because the manga goes for the low hanging fruit each time. All of the jokes are painfully predictable and never have any imagination to them. The jokes are also repetitive so you will be seeing the sames ones over and over again as the series tries to get the laughs back.

The basic plot of the series follows that of the main one. The heroes live in a fantasy land that is structured a whole lot like an RPG. One day, the big bad of the game shows up and decides to train the main characters on how to fight. None of them are thrilled about this, but at the same time getting instruction from the strongest monster of all time should be quite valuable right? The heroes decide that they will try to destroy him during the lessons. Each of the heroes has a different glitch which either gives them super powers or just makes life generally awkward. Koro will help them learn how to take advantage of these skills and he’ll have to do so quickly. There are other villains in this world who want to make a move as well as heroes who wish to hunt him. One thing’s for sure, Koro isn’t taking this seriously so neither should we!

That’s the basic premise of the title and the series never really gets much of a plot beyond that. There are various mini arcs and little stories in the middle but they’re all just to further this story goal. We get some basic development for the characters, but it’s all usually wiped away pretty quick. The big developments in the series are the arrival of the elite fighters, Koro’s old protege showing up, and the hero group having a civil war amongst themselves. These plots take a few chapters to resolve. Most of the chapters are just one off fillers that don’t really do much.

So what’s the problem? Well, first off the characters are all pretty terrible. Koro is the instructor but he is the worst possible role model for these kids. He lies a lot, tends to be interested in pretty sketchy material, and never takes things seriously. Half of the problems that the heroes face in this series are all because of him. The guy loves messing with the heroes to the point where it feels like he is actively trying to get in their way. The sad part is that the kids are trying to take him down, they just aren’t powerful enough to do so. There’s not much to talk about with the rest of the characters because they aren’t really characters. They’re like distorted versions of their real selves.

The series also has a fanservice issue which is unfortunate. The least a gag manga like this can do is to avoid a problem like that right? It should be beneath such a series, but this one has it occur quite a bit. A lot of the jokes are about the fanservice as well which doesn’t help matters. This already meant that the series was going to be doomed. As I mentioned earlier, the jokes are also very repetitive. All the jokes about Nagisa are that he looks like a girl but his glitch makes him look like Goku once it is activated. Then you have Karma who has a pot fall on his head every time he starts to brag. Considering that he likes to brag a lot, you see a whole bunch of pots and pans falling on him all the time. It probably happens in just about every chapter. One guy always forgets part of his clothes, etc. Every character is a walking gag and so the joke happens whenever they are present. That’s not how you set up a good comedy plot.

Another problem isn’t just for the series but in general with gag manga. Without a story to get behind or actual characters, there is no reason to get invested into the series. The fact that this is a spinoff is supposed to help since you are already used to the characters from the main series, but it didn’t have the strongest cast of fighters to begin with. As a result this one really didn’t have a whole lot of potential to start with. I’ve yet to meet a total parody gag manga that was very good. You need to have some kind of story like Dragon Ball SD at least. That gives you something to work with. A good gag manga should be like an abridged series. It pokes fun as everyone and everything but still has some kind of a focus of narrative to get behind.

At least the art is fairly good. The characters all look correct from the original series and you can always tell what is happening. You can follow the events easy enough and since the series doesn’t really have a lot of fight scenes it’s not like the series really has to exert itself. In the end, this is at least one positive that I can point to in the series. Even in the image below you can see how the art is actually pretty good. In a different series you would actually expect a pretty hype chapter to follow that. We don’t quite go that far but it’s nice to think about.

It’s also fun to see Goku show up even if it’s only for 2-3 panels at most. The series ends with a bit of a cliffhanger that could be cool for just about any other series so I’ll accept that as well. I think the best positive for the series is that it could have been worse. For as unimpressive as it was in the end, there’s always another level of awful you could get to. This series avoided making any lethal mistakes that would have lost it more points even if it is already a pretty negative score. 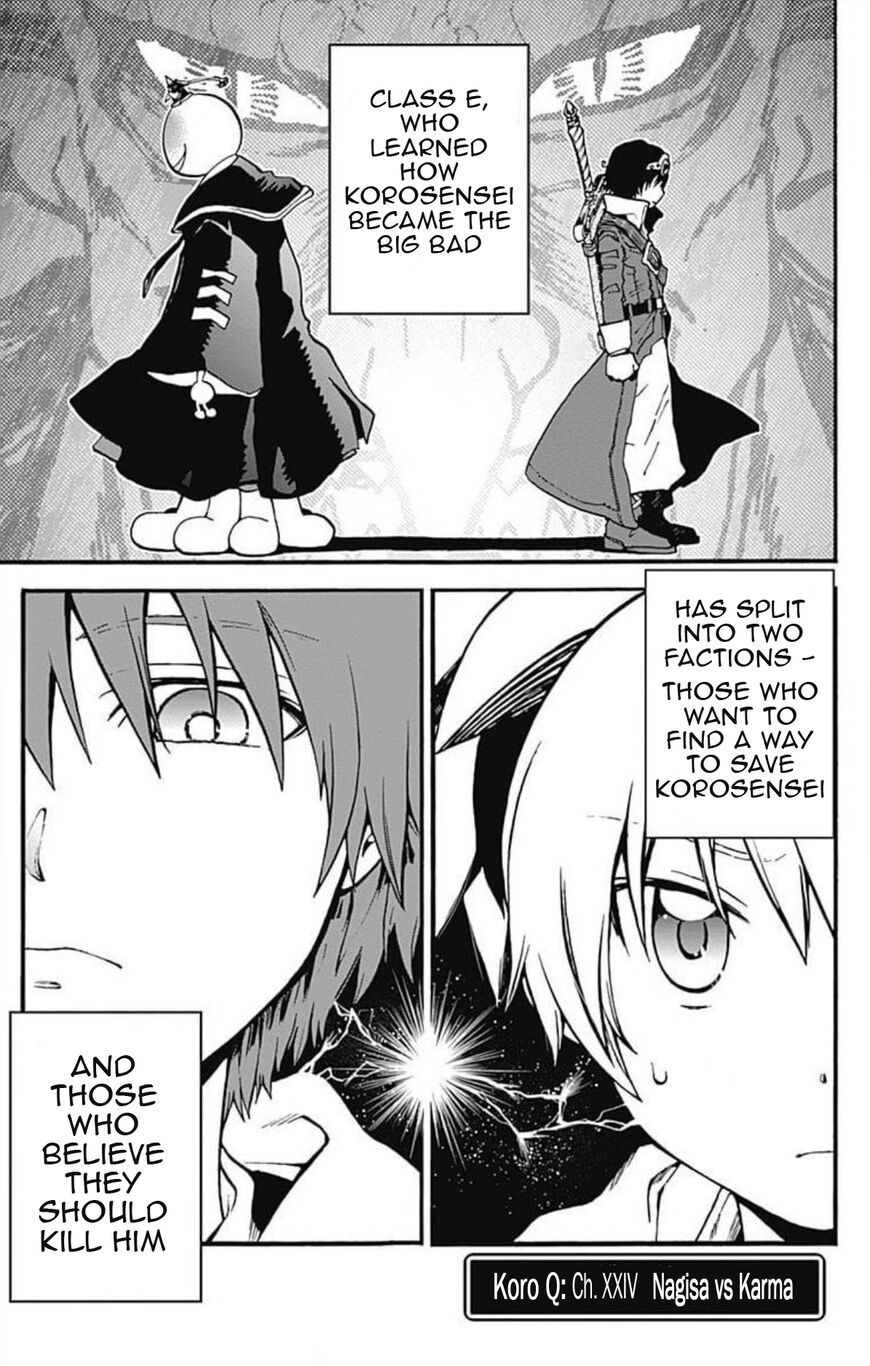 Overall, Koro-Sensei Q is not a good manga. The humor is pretty bad and the characters are terrible. I’m still trying to find a good reason why you would even want to read this one and I can’t think of any. If you’re going to get into the franchise then you should read the main series as it is still better than this one. This one brings in all of the worst traits from the original and just magnifies them. The art is good and that’s about all I can say for this series. The best thing to do is to simply avoid it. The title may not be that long but you can still use your new found time to do something else. I actually didn’t realize this got an anime, maybe that version would be a little more enjoyable.