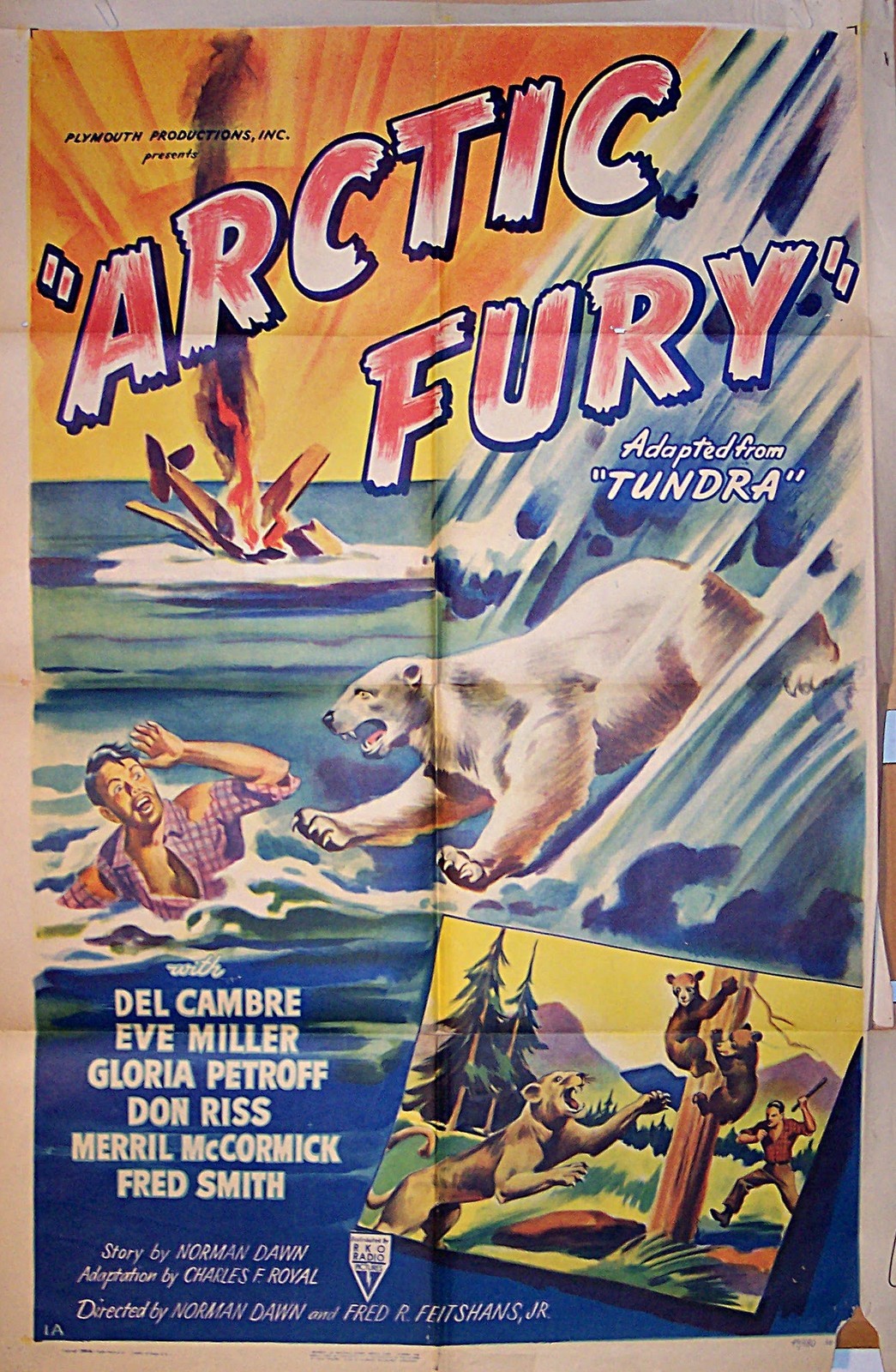 It’s time to look at a really old film. While this may not be the oldest film I’ve seen it certainly felt that way. Everything about this film feels incredibly old and unfortunately not in a good way. There isn’t much of a cast so we don’t get to take advantage of the usual high level of dialogue you would expect from an old film. The whole plot involves a lot of animals as well which is a recipe for disaster. In the end this movie was a big miss.

The movie starts by introducing us to one of the world’s greatest doctors. His name is Thomas and he has just arrived home in time for his daughter’s birthday after a long time abroad. He is ready to finally have some fun, but is then alerted to the fact that a village is being hit with a powerful illness. Thomas warns these guys that his plane is in no condition to fly, but they don’t have another option so he takes the flight. Thomas crashes halfway through to the village and must now try to survive in the arctic by himself. Hoping to be rescued is a long shot so he must use all of his medical expertise in order to get past this.

The entire film is Thomas’ journey. In general I can’t really say that survival films are really my thing. They can be interesting and all if handled extremely well, but that isn’t the case here. The arctic makes for a better backdrop than the jungle in some ways, but it’s still no city. You’ll have to try and focus on the landscapes to keep yourself entertained since there isn’t a lot of dialogue. His two pets bears were fun and at least gave the film a little more of an adventure kind of spirit. It was a better move than having Thomas on his own even if it makes the film pretty tense the whole time since you’re worried that something’s going to happen.

The film managed to show some restraint most of the time. Even when the bear got knocked over by the avalanche he ended up surviving which was a key part. Likewise the bear cubs were okay in the end. The only pretty sketchy part was the climax with the dogs. They were all crazed with hunger and then some got trapped in the burning building. Even assuming most or all of them survived the film made it clear that they wouldn’t be alive for long because of how sick they were. It’s definitely a way to try and make the situation a little more depressing but this is the way to destroy your film, not a way to enhance it.

Thomas seemed like a pretty reasonable character. He doesn’t go crazy which is an important first step and getting past the arctic is definitely not something that would be very easy to do. When you consider all of these pieces then he did a perfectly reasonable job here. I had no real qualms with him. He’s not the most interesting lead out there, but he didn’t have an opportunity to really develop his character so you can’t fault him all that much. The other characters didn’t really get a chance to do anything except for his wife who never gave up hope which is important. At least she believed in him while everyone else quickly wrote him off as dead and continued about their business.

This movie is also incredibly short. It’s only about an hour give or take so it should pass by very quickly right? The movie feels a lot longer than it actually is though so I can’t give it much props when it comes to the pacing. Perhaps this is one genre that old films will be put at a disadvantage with since newer ones will be able to give you more detail and interesting backdrops to the survival aspect. I’d need to see more survival films to be sure of this though and in general it is a tough genre to get right no matter what genre you are in. Perhaps we could ditch the narrator as well. A good one can amplify the scenes like in DBZ but you don’t really need one depending on the genre. There was no hype to be built here.

Overall, Arctic Fury is not really my kind of film. I can see some people enjoying this if they really like the concept of having to survive on your own against overwhelming odds. That kind of thing is okay for an episode or two but I just don’t think you can do a whole film with that premise. Maybe if it were two guys stuck since at least you would be able to have banter between them. Otherwise it just doesn’t work for me. Not much happens here and to survive you always have to eat animals which doesn’t do wonders for the movie. Whether it is just fish or not you still realize that the film is racking up Ls.