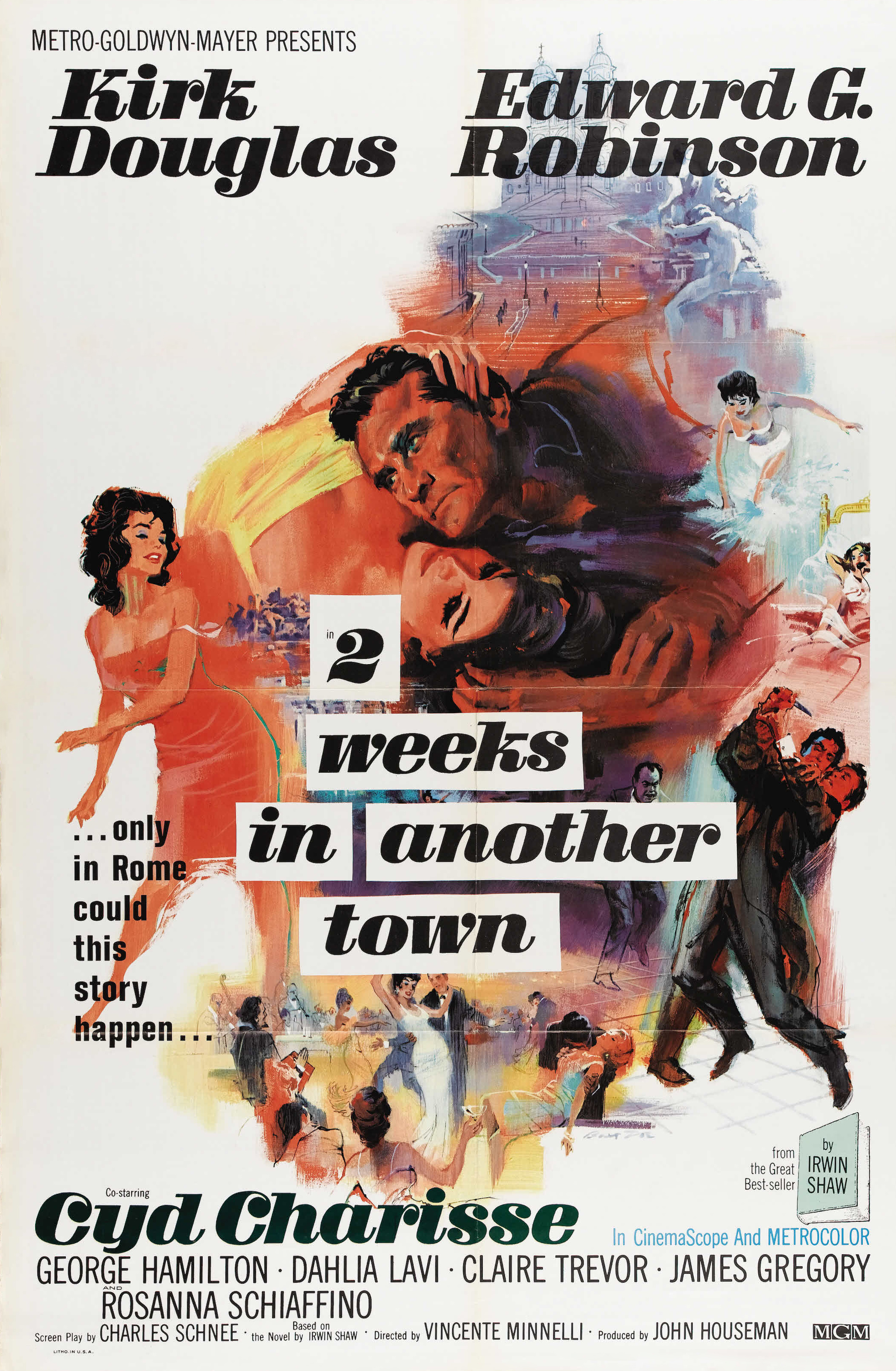 It’s time to look at another film about a celebrity ruining his career and then seeing if he can make a comeback. It seems to be a bit of a classic plotline over the years. Unfortunately this one isn’t quite able to handle it. The film’s reasonably entertaining the whole time, but the ending is pretty sketchy and the romance plot here is also not one of the better ones. Jack definitely makes the most of his two weeks though and after lighting up the towns he should be tired enough to stay ready this time.

The movie opens up with Jack finally finished with his restoration after being a drunk for a while. His old pal Kruger the director has mailed him asking if Jack would like a big part in his new movie. When Jack gets there Kruger admits that it was all a scam and the psychiatrist asked him to write, but he’ll at least let Jack do the dubbing. Jack never lets an opportunity to make a quick buck slip away so he demands a raise and then takes the job. The tough part is he has to deal with the main actor Davie who really doesn’t care about the project at all. The guy is just here for the check and spends his days as drunk as can be. Jack doesn’t like this but there’s not much he can do about it either. At least there’s the heroine Veronica here. She’s currently in an abusive relationship with Davie so Jack decides to be her rebound guy. Can this possibly end well?

The film sets Davie up to be so antagonistic that there’s no way for you to buy into his redemption arc by the end. Veronica even gets a black eye at one point which shows just how bad Davie was. The film doesn’t get into it much deeper than that but tells you all you need to know about the guy. Davie also waves a knife around at Jack before getting subdued. Jack’s way too lenient at the guy and the way the romance plot ends is also not very satisfying. Davie’s just a pretty terrible character.

Unfortunately I can’t say that I liked Jack and Veronica very much either. Veronica seemed to rebound way too quickly. She got together with Jack with no real effort but ultimately went back to Davie very quickly. She seemed to be someone who was always trying to get some action so I don’t see their relationship being great long term. Jack’s no better though as he goes from Veronica to Carlotta with ease. Considering how tough he talked about not falling for Carlotta again he sure fell pretty easily. This is where the closing act just didn’t work for me. After he is betrayed, Jack takes it very hard and falls back into literally every single one of his old vices. He gets super drunk, he has an affair with Carlotta, and then he loses his mind and starts driving like a maniac. That scene’s definitely pretty terrible as the guy undoes all of his progress from the last few months.

The film quickly spins this into a happy ending after that somehow. With all the fights and property damage he caused the guy will probably get arrested the next week though. The only character here who seemed reasonable at first was Kruger. Then slowly but surely the film begins to break him down piece by piece until he’s just as bad as the others. First off, he cheats on his wife consistently. The film plays this off as a comedic subplot but it’s all pretty tragic. He also does this very openly so everyone in Hollywood knows about this which is even more humiliating to her. Kruger is only interested in making films and getting famous and it shows at the end when he decides to back stab Jack. I think Jack should have suspected as much since he seemed pretty cynical about showbiz at the start. I think he just allowed himself to get a little too hopeful and it’s a shame that doing so would get him in trouble.

So there are quite a few negatives I’ve got in the bag here like characters and romance, but one positive the film does have is the writing. I always enjoy the scripts from this era. Everyone just sounds very regal and the dialogue allows for good back and forth discussions with the characters. They’re all professional and make reasonable sounding arguments even if they’re actually crazy when you think about it. There’s always a lot of passive aggressive comments here as people rarely say what they actually mean. It’s really something to think about how people would actually speak like that back in the day because it’s certainly nothing like that in the modern day.

I’d also say that the pacing is good. The film will hold your interest as it’s going on and it never drags on. Each scene serves some kind of purpose so I wouldn’t say that there was any real filler here. Even if you don’t like the characters they still manage to be compelling which is important. It was nice to see Jack work as a director for a bit even if it didn’t ultimately work out. One character I did like was Kruger’s boss. That guy seemed very practical. He may not have said the things Kruger was hoping to hear but the guy clearly runs a tight ship and that’s important for a director.

Overall, Two Weeks in Another Town is a film with an idea that’s been tried in the past and it has been done more successfully. The problem here is that while the film does succeed in showing a cynical Hollywood where everyone is out to get you, it’s done without likable characters. All of the characters lose their morals when they need too. The film can be quite mean spirited. Basically this amounts to Jack going to another town and for two weeks making as much of a mess as he wants and then getting out quickly. While the ending suddenly tries to be a happy one it’s almost more of a grim ending since Jack ended up cracking once again. I’d say to skip it this time and you could watch almost any of Kirk Douglas’ other films and you’ll have a better time.