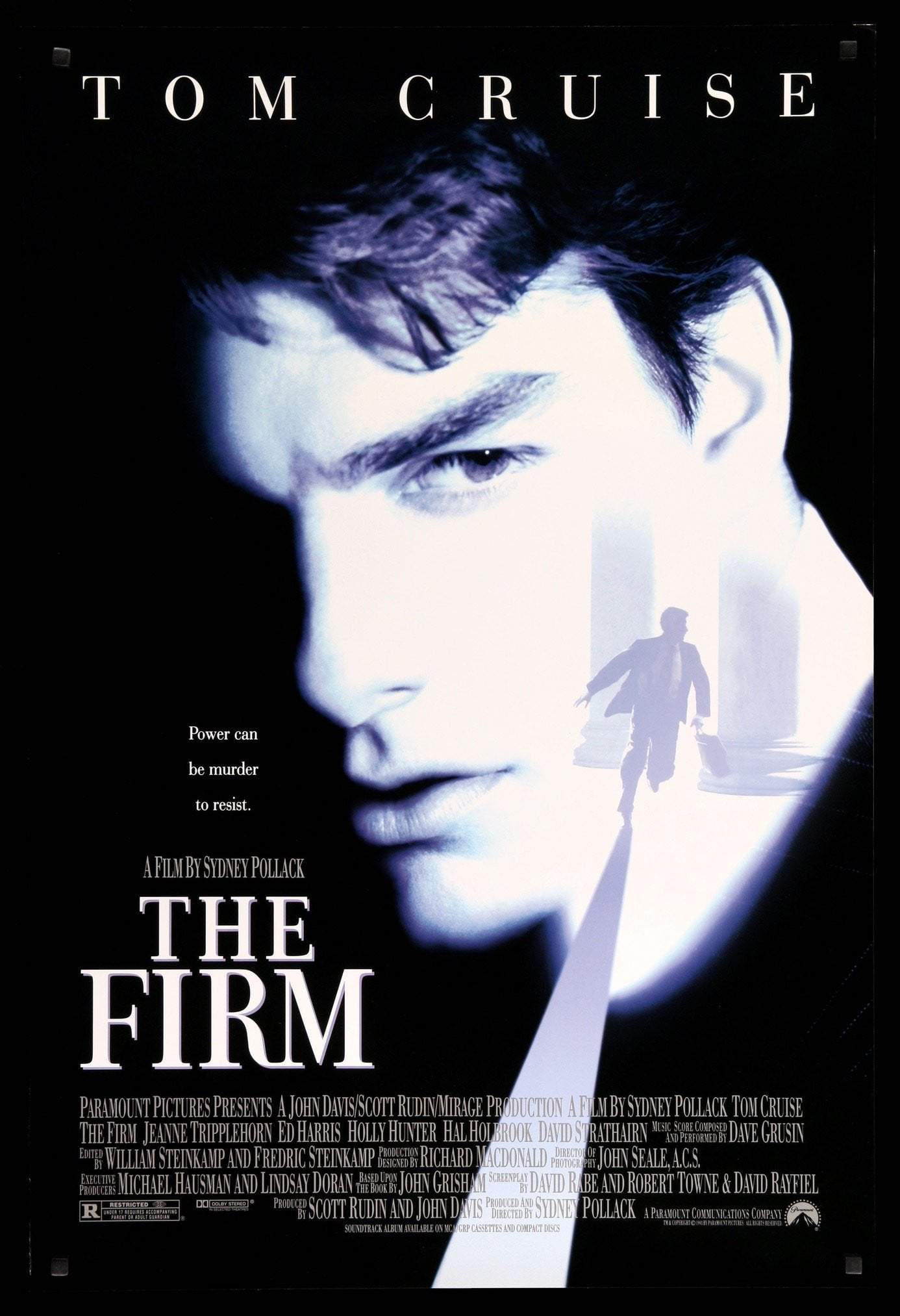 It’s time to look as a retro Tom Cruise thriller. It’s always fun watching a film with him as the lead because you expect some craziness will ensue. This one was before he became more of an action star so he isn’t actually doing a lot of fighting here. Still, this film does have its share of action and intrigue as dealing with big business can be difficult. It’s an entertaining film that does have its share of issues, but still ends up being worth the watch.

The movie starts with Mitch graduating Law school and now everybody wants to hire him. He gets quite a lot of really great offers and ultimately decides to go with a small firm. The reason for this is they offer him a ton of money and there are a lot of nice perks to the job like a new car. It’s all pretty perfect so naturally the group turns out to be shady. Whenever someone tries to leave their firm they always have an “accident” which doesn’t end up well for them. Anyone who looks into the group is shot falls off of a boat. Either way the message here is that you are not getting out of The Firm alive. Will Mitch be the first to survive or will he fall as well?

The tricky part here is once you’re in then it’s hard to get out and Mitch went all in. He moved and has presumably started spending this money so there’s a lot on him at the moment. He then makes a huge mistake and has an affair even though he was just recently married to Abby. He was literally away from her for a single day and he couldn’t control himself? That was just pretty terrible and it made things awfully easy for the villains to blackmail him. It’s a lot harder to sympathize with Mitch after that because there was just no excuse for the cheating.

Mitch stumbled out of the gate so at least he was good at strategy. Near the end of the film he has to come up with a plan to fool both the FBI and the Firm and that’s no easy task. Fortunately he has the help of a lady named Tammy. After her friend was murdered by the Firm she’s decided to help take revenge on them. She is key to winning this battle as there’s no way Mitch could have done this on his own. She does a lot of the legwork and actual printing of the materials to get back at the villains. Abby also ends up helping although Mitch isn’t aware of this.

Unfortunately her part of the plot isn’t quite as good. Naturally the film decides to go with the trick of having her woo Avery to get into his apartment and steal the files. The whole thing’s pretty bad. In part it’s revenge on Mitch and in part just because she wants to do whatever she can to contribute. It’s still not the ideal plot though and I’d have preferred that she just brought a gun and kept Avery away with that. It would have been a good way to still get in the apartment and steal what was needed.

We also have a plot involving Mitch’s brother Ray. Ray is in jail for murdering someone. The film never goes into detail but Mitch mentions that it was a bar brawl that escalated so ideally let’s say that it was accidental. Mitch decides to bust Ray out of jail while he’s at it and comes up with an elaborate deal to do this. He certainly keeps the FBI busy throughout all of this. The Firm is definitely at its best when it’s juggling all of these plots. A lot is constantly happening during the film and all of the plots are connected which is definitely fun. The writing is pretty solid here and the film has good pacing. This is a thriller that will keep your attention from start to finish.

There are a lot of firm executives and they’re all pretty fun. Avery certainly gets the most screen time and he’s portrayed as a pretty nice guy but that’s really to hide how deep into the business he is. The guy’s just as complicit as everyone else even if he may not act the part. Standing by and doing nothing just makes you another villain. The film did well with the humor though. He has some nice scenes along with Mitch when convincing their first client. I also enjoyed the opening montage of Mitch getting offers from everyone. The first half of the film is pretty light with its tone and the film does a good job of balancing this. It never really gets too dark although there can be a lot of drama at different times.

This is one film that could have ended a lot sooner or gone over more smoothly if Mitch had just talked to Abby near the beginning though. Since they all might have been in danger then he should have let her know right away. By the time he went to a detective he already suspected something might have been up so he should have kept her in the loop. If anything by not telling her it made everything more suspicious like when she went to the office looking for him. He had no real reason to keep that a secret. As a main character Mitch really just wasn’t that good.

Overall, The Firm is a decent movie. It’s got enough holding it back where I wouldn’t be tempted to give it a re-watch at any point for quite a long time, but I still wouldn’t call it a bad film. It feels like there’s more they could have done with the concept though. If anything the first half feels like it could have gone on longer with Mitch not suspecting that anything was wrong with the organization before they started showing him stuff. If anything they make it a little too obvious that they’re crooked from the jump with constantly pressuring the characters into having kids, Abby can’t have a job, and the employees die right as Mitch gets there. It’s a bit convenient to get Mitch suspicious rather early. I’d also make Mitch a better character and switch Abby’s subplot. Those things would all help but if you do want a thriller film dealing with the Law then this is still a decent one to check out.